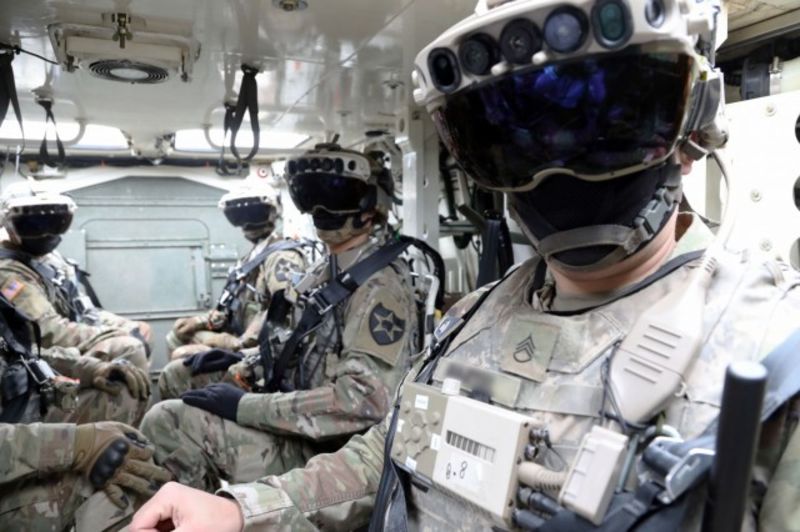 A year and a half after Microsoft Corp. won a potential $22 billion contract to supply its Hololens augmented reality headsets to the U.S. Army, the deal isn’t looking so good after it was found that most soldiers got headaches from using the next-generation device.

Bloomberg reports that a study by the Pentagon’s testing office found that most soldiers using Hololens suffered “mission-affecting physical impairments,” including headaches, eyestrain and nausea. The numbers are significant, with over 80% of army users experiencing discomfort after less than three hours of using a customized version of Hololens – pictured above.

Headaches are one thing, but it gets worse – it was also found that the Microsoft Hololens was not reliable. In a report for Defense Department officials, Nickolas Guertin, director of Operation Test and Evaluation said that the Hololens system fails at many essential functions. The findings were outlined in a report that was not meant to be made public.

The negative sides apart, Guertin didn’t suggest that the U.S. Army give up on the Hololens, however. Instead, Guertin is said to have recommended that the Army “prioritize improvements” before widespread deployment to reduce the “physical discomfort of users.” His suggestions include improvements to the goggle’s low-light sensors, display clarity, field of vision and the reliability of some essential functions.

Despite seemingly hurting the majority of users, Guertin did have some positive feedback on the devices, be it a somewhat small one – apparently, the latest model is quicker to fix than previous models. Officials and soldiers have also reported that the newest version offers “enhanced navigation and coordination of unit movements” in between headaches.

For over a decade, augmented and virtual reality has been pitched as the next big thing, but as the likes of Meta Platforms Inc. have found, the dream has yet to become reality.

Microsoft’s Hololens has been arguably the most reliable application of the technology in the pack, launching in 2010 and finding niche commercial real-world uses. Various copycats and competitors have come and gone since Microsoft launched Hololens, most notably Google Glass, which sort of died but came back again in an enterprise version, most recently in 2020.

The concept that so-called next-generation technology is not perfect is not new, for example, Tesla Inc.’s vehicles’ obsession with crashing into ambulances. That said, mixed reality, at least in theory, shouldn’t be as hard to implement as self-driving cars.