“I had to go back to the doctor and I had to open it again because it was sewn, couldn’t have sex”

Chanel Ayan opened up about her childhood trauma and the steps she’s taken to heal.

On this week’s episode of the “Real Housewives of Dubai,” the reality star revealed that she and her older sister were forcefully circumcised at the age of five and six respectively while unpacking her trauma during a hypnotherapy session.

“At 5 years old, my aunt and my grandma came to pick us up to take us to another town,” Chanel shared with the therapist. “And then the next morning at 6 a.m., I didn’t know where I was going whatsoever and then they took us to this man’s house and they just tied us on the bed and we were circumcised.”

The 43-year-old has previously opened up about the details of her troublesome upbringing, and confessed “I don’t have a lot of memories because I feel like I block things.” In terms of her childhood, she remembers “the crying, the sadness, the beatings. That’s what I remember. A lot of pain.” 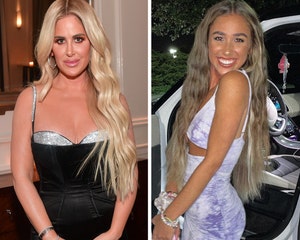 In a confessional, Ayan revealed that she had her circumcision medically fixed before getting married to her husband Christopher in order to be intimate with her partner.

“I wanted to get married, I had to go back to the doctor and I had to open it again because it was sewn, couldn’t have sex,” Chanel said in a confessional. “Then, I had to wait until I healed.”

“I’ve tried to understand and learn about it,” the Kenyan born model continued. “Why did that happen? It’s because we need to be virgin when we get married so our families could get our dowry. That’s some f—ed up s–t. It’s like torture. It’s abuse.”

Chanel also recounted a time her father unsuccessfully attempted to sell her into marriage when she was 14. “It didn’t happen because my sister protected me,” she explained. 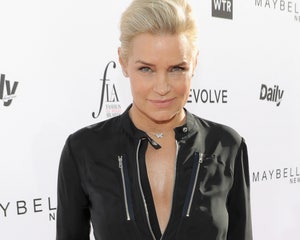 Yolanda Hadid Opens Up About Depression and Lyme Disease Relapse

Towards the end of the hypnotherapy session, Ayan was able to forgive her abusers after breaking down the majestic tree of her life she envisioned in her mind with the guidance of her therapist.

“I’m a survivor,” she stated in an interview with E!News. “I felt that I was utterly betrayed by my culture and my family. This is just a barbaric practice and it shouldn’t be happening to young girls. It happened to me 35 years ago and I’ve never gotten over it.”

“In my culture, it’s done to keep women virgins,” the fashion model explained, saying genital mutilation was practiced in over 28 African countries, the Middle East, Syria, Yemen. “Everybody’s a virgin in my culture because of this. Because how are you going to have sex when you’re sewn as a girl until you get married? It’s a way to keep men satisfied.” 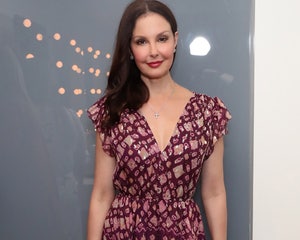 Ayan revealed that her trauma is something that will always be with her, which is why she’s been working to raise awareness for genital mutilation. “This is why I want to talk about it, because I honestly don’t want this to happen to anyone because I know exactly how it feels and it’s not good,” she continued. “A lot of girls get depressed, hormones are imbalanced, a lot of young girls die.”

For Chanel, talking about her experiences has been a way for her to reclaim her power. “I didn’t even know what was going on. I just want to bring awareness to it as much as possible because it’s still happening 35 years later. Every 11 minutes it’s happening to some little girl that is as confused as me.”

The TV personality has created Ayan Beauty in order to raise proceeds for the cause. “As long as I use my platform to bring awareness to stop this—if I can save 20 girls, 100 girls, 500 girls, I feel like that’s the purpose I have,” she said. “It’s child abuse. And a lot of girls just die for no reason.”