“Not an hour goes by where I don’t think of you and miss you.”

Riley Keough is paying tribute to her late brother Benjamin Keough on the two-year anniversary of his tragic passing.

On Tuesday, the 33-year-old actress shared an emotional post on Instagram in which she mourned the loss of her younger brother, who died by suicide in July 2020 at the age of 27.

Riley posted a sweet photo of herself wearing a white dress as she posed with Benjamin, who was in a suit.

“Not an hour goes by where I don’t think of you and miss you,” she captioned her post. “It’s been two years today since you left and I still can’t believe you’re not here.”

Last October, the “Zola” star — who is the daughter of Lisa Marie Presley and granddaughter of Elvis Presley — posted a tribute to Benjamin in an Instagram post on what would have been his 29th birthday.

“Today’s your birthday @jj_silkyhands,” she captioned a photo of Benjamin. “you would be 29 today. I miss you all day every day my best friend. We spent my 29th birthday just the two of us and it was one of the best days we shared together. I think this photo was the day after but close enough. Happy Birthday wherever you are baby brother. ❤️”

Meanwhile, in July 2021, “The Lodge” actress revealed she became a “death doula” to help her cope with her brother’s suicide.

While speaking with The New York Times, Riley said the aftermath of the shocking news of his death was “a year of feeling like I was thrown into the ocean and couldn’t swim.”

“The first four or five months, I couldn’t get out of bed,” she explained. “I was totally debilitated. I couldn’t talk for two weeks.”

Riley went on to say how she found it “complicated” to process the tragedy. 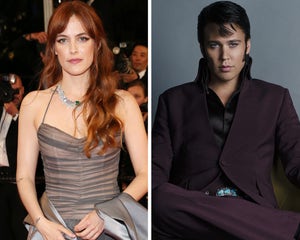 “If I’m going through a breakup, I know what to do with that and where to file it in my mind, but suicide of your brother? Where do you put that? How does that integrate? It just doesn’t.”

After laying down some ground rules for herself to make sure she wasn’t “running from anything,” the star eventually studied to become a “death doula,” where she provides comfort and support for people at the end of their lives, much like a birth doula helps at the beginning of the life cycle.

Benjamin and Riley are the only children of Lisa Marie Presley and Danny Keough. Lisa Marie also shares 13-year-old twins, Harper and Finley with her ex-husband Michael Lockwood.