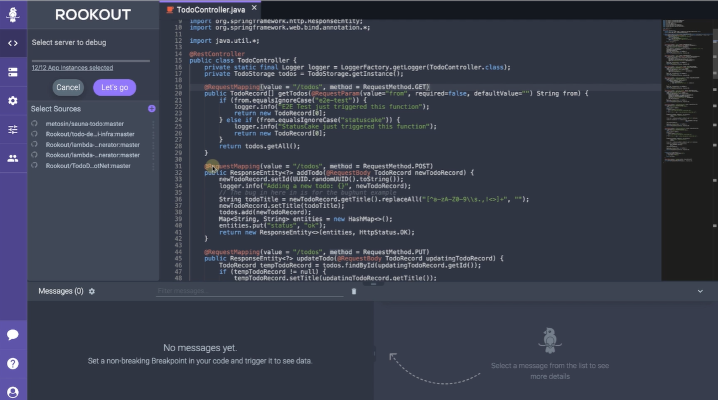 Developer tooling startup Rookout Ltd. today disclosed that it has secured a $16 million funding round led by Fort Ross Ventures.

The Series B round included the participation of a half dozen other investors as well, including Cisco Systems Inc., which is also a Rookout customer. The startup has raised a total of $28.2 million from investors since launching in 2017.

Tel Aviv-based Rookout provides a software platform that makes it easier to find and fix bugs in enterprise applications. In particular, the platform promises to ease the task of troubleshooting workloads after they are deployed to production. Rookout says it can help software teams resolve some technical issues five times faster than would otherwise be possible.

Software bugs often aren’t continuously present in an application, but emerge only when users perform a specific action. For example, an e-commerce application may only experience errors when shoppers attempt to purchase a large number of items at once. Software teams collect technical data about such errors and then analyze the data to identify what caused the malfunction.

Collecting data about technical issues for troubleshooting purposes often requires temporarily stopping an application at the precise moment when it experiences an error. Such pauses are known as breakpoints. In the case of an e-commerce application that malfunctions after large purchases, a developer would have to pause the application immediately after a large purchase is made and then collect data on what caused the error.

The challenge Rookout’s platform addresses is that stopping applications deployed in production often isn’t practical. A retailer, for example, can’t necessarily take its online storefront offline when developers need to troubleshoot a potential software issue. According to Rookout, its platform makes it possible to collect technical data about bugs without requiring applications to be paused.

Rookout makes its platform’s features available through an interface designed to resemble the code editors in which developers write software. Through Rookout’s interface, developers can quickly find the specific code snippet they wish to troubleshoot. From there, the startup’s platform collects technical details about the code snippet, such as how fast it runs and what data it processed at the moment when an error emerged.

Developers can use the insights surfaced by Rookout to inform their troubleshooting efforts. According to the startup, its platform can help troubleshoot applications running on both cloud and on-premises infrastructure. The platform also supports multiple programming  languages.

“Rookout’s mission is to get to the heart of what developers actually care about,” said Rookout chief executive officer Shahar Fogel. “Every engineering organization today is seeking to optimize velocity. Our solution offers code-level data extraction from any type of cloud-native environment.”

Rookout says that its platform is used by Cisco, Autodesk Inc. Yelp Inc. and other major tech firms, as well as organizations in multiple other markets including the financial sector. The startup detailed today that its revenues have increased by a factor of 20 since its last funding round in 2019, but didn’t share absolute numbers.