In the metal this is a pint-sized thing; simple yet dripping in irresistible details, thuggish yet puppy-ish, and diminutive yet in possession of monstrous presence. What an utter honey, and just look at those fat, 285-section Pirelli P7s.

Slip over the low-slung members of the full roll cage and into the period seats and, though this is another 911 restomod, there’s no questionable artistic licence being exercised inside this cabin. It is to 2.8 RSR specification, though the originality of materials in combination with the level of fit and general solidity that modern-day Ruf achieves is captivating in itself. The place is hardcore but also habitable, and visibility is predictably superb compared with modern incarnations of the 911s, which themselves aren’t at all bad.

Turn the key in the ignition and Ruf’s 316bhp engine – 20bhp more than either the 2.8 RSR or 930 Turbo made – doesn’t fire immediately, but when it does, it settles into that heavy-set, gravelly and hollow gargle common to historic 911s of a certain seriousness. It’s intense and guttural; certainly likely to draw more attention than firing up the current Porsche 911 GT3. It idles cleanly and uniformly, mind, and while the clutch pedal would eventually give you calf muscles like Lance Armstrong’s, pulling away is no more tricky than doing so in a Caterham Seven. 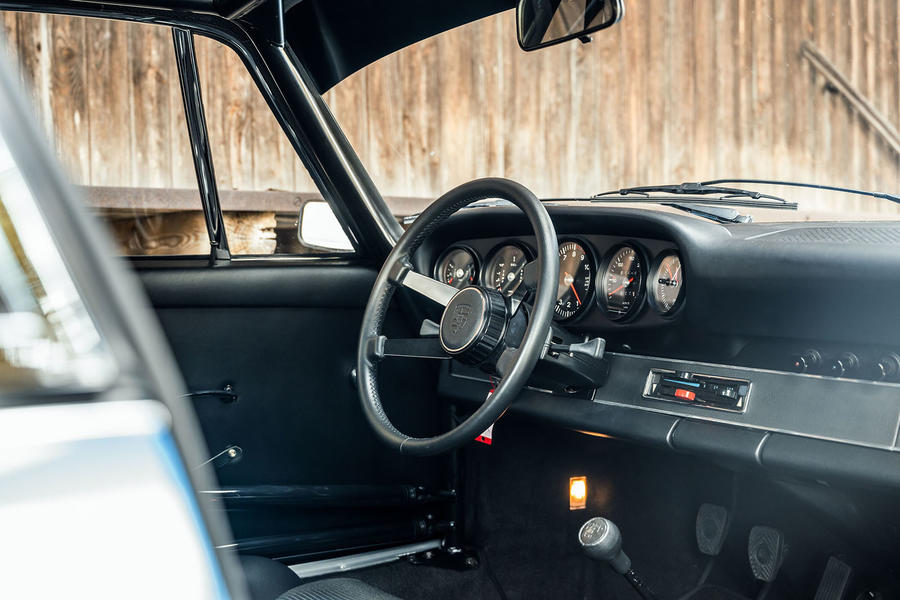 Get going and the car’s engine and dynamics make good on the promises of the 3.4 RSR’s appearance, and how. Admittedly, glass-smooth Bavarian roads in early summer are not exactly your cold, rainy night in Stoke, but while Ruf has supposedly engineered true usability into this car, it’s still more likely to be used on high days like today, so this feels representative.

First thing is that the gearshift, which is handled not by the same gearbox originally fitted to the 2.8 RSR but by Porsche’s marginally later five-speed G50 unit (this necessitated fitting an entirely new rear torsion beam when the 3.4 RSR was on the jig), feels tight and precise. Like everything else about this project, the geometries and kinematics have been optimised, and it slots between gates with an intuitiveness that belies the long, crooked, geriatric-looking lever.