Morton said the flashbacks we saw on “The Walking Dead” may not necessarily be true.

“The Walking Dead” is going further into spinoff territory with its upcoming anthology series “Tales of The Walking Dead” — and one of the standalone episodes will delve even deeper into Alpha’s backstory.

Samantha Morton previously appeared as the main antagonist on the parent series, leading the group of The Whisperers and terrorizing our favorite survivors until she met her untimely death.

Appearing at Comic-Con during the Hall H panel for the spinoff, Morton opened up about her return and explained why she was so thrilled to be coming back to the TWD universe. 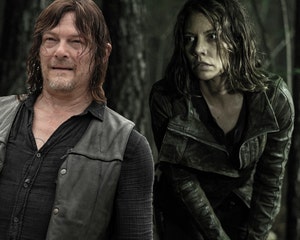 “I was so gutted when Alpha died. The role of a lifetime, but all good things must pass. And then when I got the call that this was gonna happen, potentially, I was, oh my god, I was more than excited,” she said. “I’m 45 years old and as an actress and a woman, the roles kind of change in television and film, you’re making the tea or you’re the wife, they can be pretty rubbish.”

She said she was intrigued to find out “what made Alpha Alpha” and more about the Whisperers — even if the spinoff itself didn’t come around. Thankfully, it did, allowing Morton to once again work with the TWD “family.”

She also shared that while we saw some of Alpha’s backstory before, not everything is what it seems. 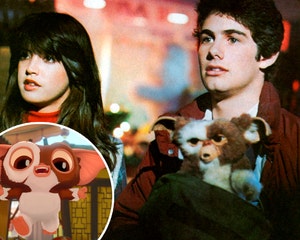 “It’s also this excitement of, for those of you that know a little bit of the flashbacks, they were Lydia’s flashbacks, so we don’t know if they were true or not,” she teased. “So this is interesting because this is Dee’s perspective. Dee is who Alpha was before she becomes Alpha and it’s so exciting. She’s always Alpha, she’s always there, we are who we are.”

“To play someone who is suppressing who they really are and then being able to blossom, it was such an honor,” she added.

Morton also confirmed that we’ll see a younger version of Lydia as well and said she would “of course” be down to return again should the creators decide to give Alpha an entire prequel series. The show-runners at the panel also seemed keen on the idea.

“Tales of the Walking Dead” debuts August 14 on AMC.