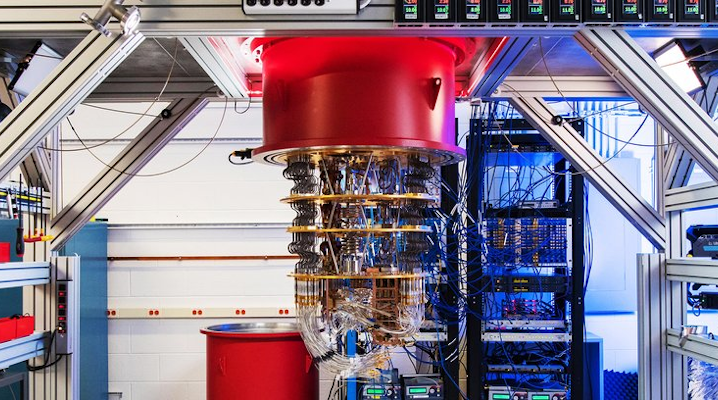 SandboxAQ, a startup that spun out of Alphabet Inc. earlier this year, has won a contract to help the U.S. Air Force implement post-quantum cryptocurrency.

The contract was announced today.

SandboxAQ, officially SB Technology Inc., originally launched in 2016 as an internal project at Alphabet’s X research division. SandboxAQ spun out of Alphabet in March and raised a round of funding to support business growth initiatives. The funding round included the participation of T. Rowe Price, Salesforce.com Inc. founder Marc Benioff’s TIME Ventures and other prominent investors.

As part of the newly awarded contract that it announced today, SandboxAQ will support the Air Force’s efforts to adopt post-quantum cryptography. The startup will carry out a feasibility study to determine how its suite of post-quantum software tools can help the Air Force “assess its cryptographic security posture”. The goal, SandboxAQ detailed, is to create a framework for protecting Air Force and Space Force networks from cyberattacks carried out by a quantum computer.

Today’s quantum machines can only perform relatively simple tasks. However, it’s believed that the technology may eventually surpass conventional computers in performance. In theory, a large-scale quantum machine could perform some calculations faster than even the most advanced conventional supercomputer.

The speed of future quantum machines may enable them to bypass today’s most widely used data encryption algorithms. To access encrypted data, a user must possess the cryptographic key that was used to encrypt the data. A large-scale quantum computer could guess cryptographic keys by rapidly testing different combinations.

To address the cybersecurity risks that may be posed by quantum computers, researchers are developing new encryption algorithms. Such post-quantum cryptography algorithms, as they’re known, are capable of withstanding decryption attempts more effectively than current technology.

SandboxAQ’s software suite makes it easier to implement post-quantum cryptography. According to the startup, its software suite includes both traditional and quantum-resistant encryption algorithms. It also includes a set of tools that can help organizations more easily deploy the algorithms in their applications.

“PQC deployment across national security systems is expected to take years and SandboxAQ is proud to support the Air Force in this critical first step,” said Jen Sovada, the president of SandboxAQ’s public sector business.

Besides the Air Force, SandboxAQ says that its technology has also drawn interest from other organizations. The startup’s installed base includes major banks, healthcare providers and other large enterprises.