“I thought about it for a very long time, and it was very, very hard.”

Season 48 of “Saturday Night Live” is right around the corner and there are about to be some major shake-ups within the cast. A total of seven cast members won’t be returning for the new season, including a few fan favorites who have been with the comedy sketch show for years. While some of these stars have hinted at their desire to depart in recent times, others’ decision to leave has come as a total surprise. And with so many comedians saying goodbye to “SNL” this year, it’s yet to be seen who will take their place.

When Pete Davidson joined the cast of “SNL” in 2014, he was just 20 years old. As one of the youngest cast members to ever take the stage, he was an immediate fan favorite. But after eight seasons on the show, Pete has decided to move on to other projects. He said his goodbyes during the final “Weekend Update” of Season 47, thanking creator Lorne Michaels for believing in him.

“I appreciate ‘SNL’ for always having my back and allowing me to work on myself and grow. Thank you to Lorne for never giving up on me or judging me, even when everyone else was. And for believing in me and allowing me to have a place that, like, I could call home with memories that will last a lifetime,” Pete said during the segment.

Kate McKinnon has become one of the most beloved members of the “SNL” cast since joining the show in 2012. Through her 10 seasons with the comedy sketch series, she’s earned nine Emmy nominations — and won two of them. She wrapped up her run on the show by bringing back one of her favorite characters, alien abductee Colleen. Kate said her goodbyes as Colleen volunteered to permanently leave Earth, saying, “Earth, I love ya! Thanks for letting me stay a while!” While her farewell was bittersweet, she says she felt like it was time.

“I thought about it for a very long time, and it was very, very hard. All I ever wanted to do in my whole life was be on ‘Saturday Night Live.’ So I did, I loved it, I had the best decade, and then I was just like, my body was tired, and I felt like it was time,” Kate said on “Live With Kelly and Ryan.” 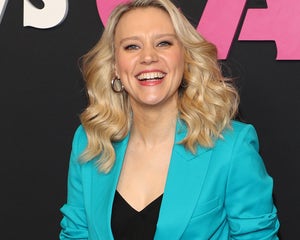 After joining the cast of “SNL” in 2012, Aidy Bryant starred on the show for a decade. Her performances even earned her an Emmy nomination for best supporting actress in a comedy series. While Aidy said her goodbyes at the conclusion of Season 47, she explained that she probably would have left sooner if it wasn’t for the pandemic. But ultimately, she says she was ready for the next phase of her career.

“If it weren’t for COVID, I probably would have left a few years earlier. But it was such a huge change. When COVID hit, it was so jarring that we were all like, ‘I’m definitely going to come back next year.’ I had to shoot ‘Shrill’ for half of last season, and so I missed a lot. And then it was like, ‘Well, now I should go back one more.’ I kept trying to seek one last normal year. This year wasn’t the normal year that I hoped for, but it was closer to that. It was like, ‘OK, it’s really time now.’ And 10 felt like a nice, solid round number,'” Aidy told Variety.

Kyle Mooney first took the “Saturday Night Live” stage in 2013 as a featured player and within two years, he was promoted to a full-time cast member. He ended up sticking with the show for nine seasons. While he didn’t get the chance to say goodbye during his final episode, he took to Instagram to share one last photo from the stage. 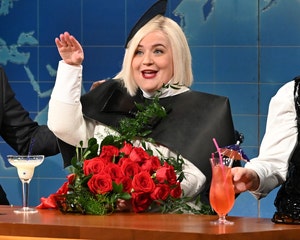 Melissa Villaseñor originally joined the cast of “SNL” as a featured player in 2016 and quickly became a fan favorite. Within two years, she was bumped up to repertory player, but it was recently announced that she won’t be back for Season 48. After the news broke, she took to Twitter to share her thoughts with fans.

“oh my sweetie fans, my Melissa monsters, i know ‘thas sah’ me leaving the show, but! i felt this was my soul telling me its time to spread my wings. lots more for me to dig in and discover. what an honor to experience my kid dream, what an honor. forever grateful,” Melissa wrote.

Alex Moffat also joined the “SNL” cast in 2016 and spent two years as a featured player. Two years later, he joined the full-time cast and spent several seasons with the show. His departure was announced on September 1. Alex has not yet spoken out about his decision to leave.

Aristotle Athari just joined the cast of “Saturday Night Live” in 2021 but is already departing the show. While he hasn’t addressed his departure just yet, he did recently announce his upcoming sci-fi romcom “Molli & Max in the Future.”