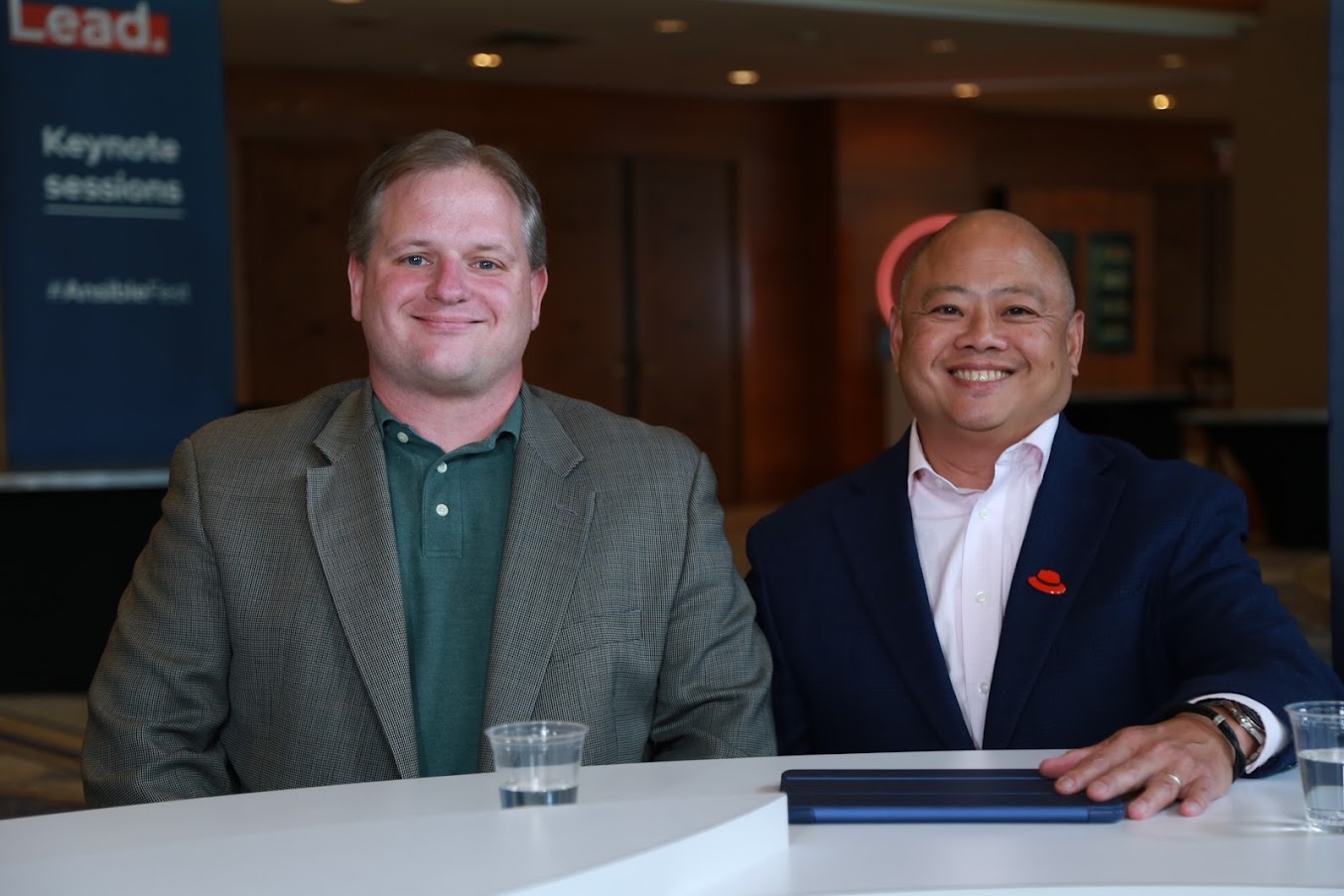 Security and energy costs in the data center are the two big-ticket items that enterprises are focusing on when they’re looking at how and why to implement an automation strategy, according to Scott Kinane (pictured, left), senior director for worldwide automation at information technology company Kyndryl Inc.

Security compliance and reducing costs, through the better management of energy use, are key factors for implementing automation.

“We’ve got a lot of companies out there that are trusting us to … continue to deliver their operations,” Kinane said. “The way we do that is, and the way I focus in on that, is automation. Ansible is obviously core to our strategy getting there.”

A shift to new forms of cloud, is in part, behind the emphasis on security. There’s also internet of things and edge computing coming into play during automation implementations.

“Recently, I’ve been seeing a lot more companies coming forward saying, ‘Help us with the network space. Help us with the IoT space. We really want to start getting to that level of automation in that part of our environments,’” Kinane stated.

The edge and hybrid cloud are critical, according to Hsu. This is where automation and security are critical.

“How are you going to manage just the size of your edge as it grows?” he asked.

Kinane recounts how edge and hybrid cloud are contributing to automation requirements, citing the example of a Japan-based organization who wanted to include earthquake alerting in its resiliency plans. Through Kyndryl automation, the company was able to bond incoming seismic sensor data to operations automatically.

The automation value isn’t just about reductions in staffing, though. The value is also repeatability and scale, including a company’s business needs from an operational standpoint.

Performing assessments is how it’s initially achieved, according to Hsu. “Really understand holistically how the enterprise could leverage automation,” he said.