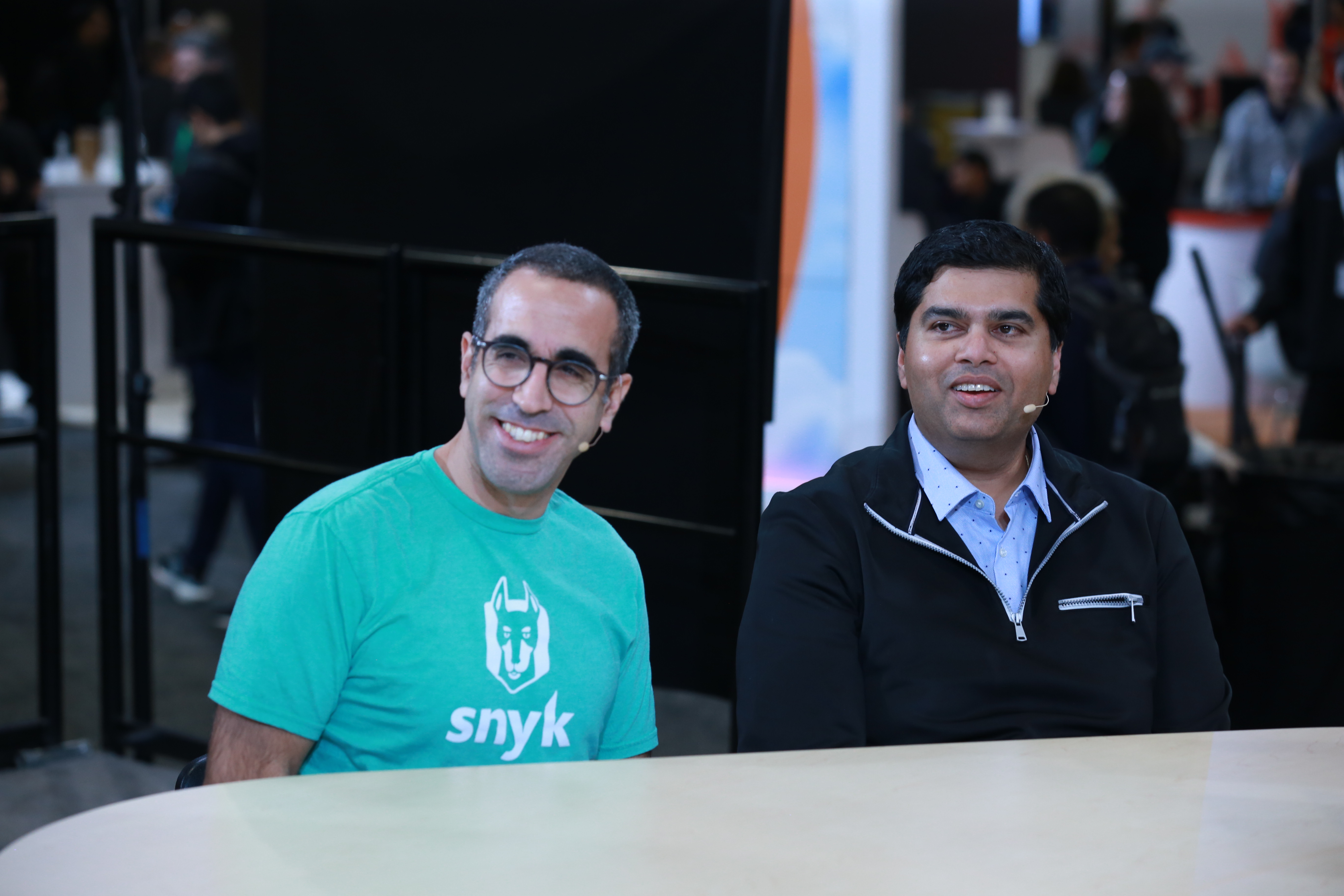 By empowering developers to move faster and be more productive through built-in security, Snyk Ltd. is eradicating the shift-left narrative and scaling modern AppSec from the onset.

Developers are now being handed the security mantle, according to Adi Sharabani (pictured, left), chief technology officer of Snyk.

Sharabani and Manoj Nair (pictured, right), chief product officer of Snyk, spoke with theCUBE hosts Lisa Martin and John Furrier at AWS re:Invent, during an exclusive broadcast on theCUBE, SiliconANGLE Media’s livestreaming studio. They discussed why security should be embedded in developers’ workflows and how Snyk fits into the picture. (* Disclosure below.)

Developer speed and safety are at the heart of Snyk

As developer velocity continues to increase, Snyk’s focus is not finding, but fixing issues, according to Nair, who said that security comes in the form of guardrails.

“Developers love speed; we give them the speed,” he said. “We give the security teams the ability to sit on those towers and … put the right policies and guardrails in place to make sure that it’s not speed without safety.”

The enhanced velocity in applications is necessitating a cultural change where security and development teams have to be intertwined. This ensures the security perspective is not left behind, given that there are 30 million developers globally, according to Sharabani.

“The culture is changing,” he noted. “I had a discussion with a Fortune 50 CISO a month ago, and they told me, ‘Adi, it’s the first time in my life where the development teams are coming to me, asking me, hey, I want you to buy us this security solution.’ And that was mind-blowing for him because it really changes the discussion with the security teams and the development teams.”

(* Disclosure: Snyk Ltd. sponsored this segment of theCUBE. Neither Snyk nor other sponsors have editorial control over content on theCUBE or SiliconANGLE.)