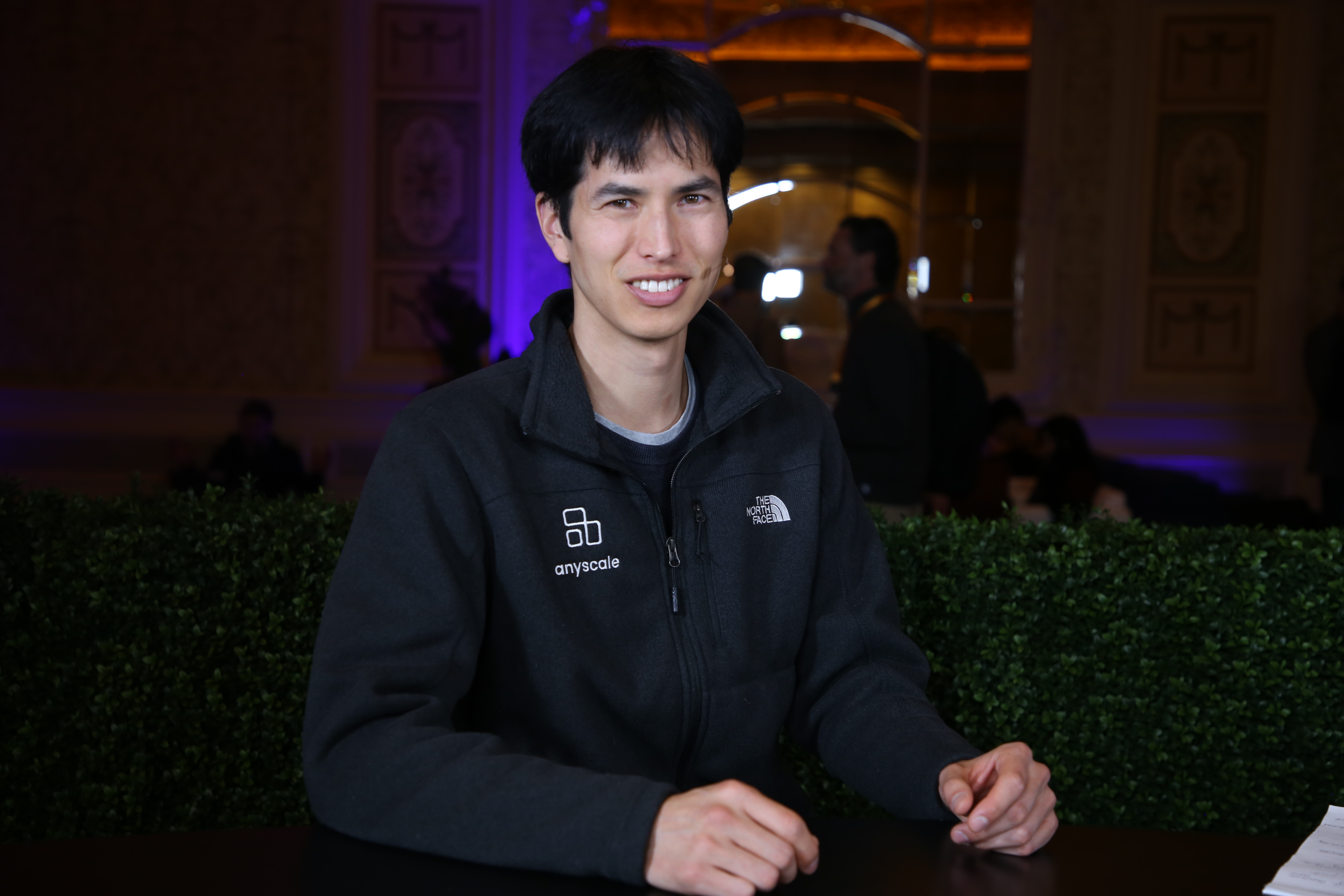 Artificial intelligence is all around us: from CCTV face-detection technology to connected home devices, robots, and even video games.

With AI’s immense potential to transform every industry, it’s no surprise that skilled developers are taking a punt at their own visions and valuable ideas. However, coding AI software requires a myriad of compute resources, from servers to graphics processing units, in addition to infrastructure expertise to scale the product across the cloud and drive real value. Unified compute platform Anyscale Inc. is confronting this problem head-on so that developers can focus on what they know.

“What we are building at Anyscale is really trying to the point where, as a developer, if you know how to program on your laptop, in Python for example, then that’s enough,” said Robert Nishihara (pictured), co-founder and chief executive officer of Anyscale. “Then you can do AI, you can get value out of it, scale it, and build the kinds of incredibly powerful AI applications that companies like Google, Facebook and others can build.”

Delving further into AI’s many complexities

When we see a beautiful car being driven, we simply ogle at its pristine design, tuning and ergonomic qualities, forgetting that many things need to happen correctly for it to even run. The same can be said for AI initiatives; several obstacles, such as scaling and transitioning back and forth to production, must be overcome first, according to Nishihara.

“A lot of AI initiatives, something like 80 or 90%, don’t make it out of the research or prototyping phase and into production,” he stated. “So, some of the things that are hard about AI and the reasons that AI initiatives can fail, one is the scale required. It’s one thing to develop something on your laptop, it’s another thing to run it across thousands of machines. Another is the transition from development and prototyping to production.”

For better or worse, companies today are mostly segmented and, thus, dev teams have to follow specific handoff protocols, which often imply varying technology stacks and programming software and can create complexity. Another problem is flexibility … or the lack thereof, Nishihara added.

“A lot of teams we work with have built infrastructure and are using products out there to do AI, but they’ve found that it’s sort of locking them into rigid workflows or specific tools and they don’t have the flexibility to adopt new algorithms, strategies or approaches as they’re being developed and as they come out,” he stated. “But their developers want the flexibility to use the latest tools and strategies.”

Anyscale launched three years ago. What puts that number into perspective, however, is Nishihara’s earlier work on machine learning during his Ph.D. years at the University of California, Berkeley. An unsavory part of the work involved building a slew of ad-hoc tools to leverage the required compute power. Nishihara also noticed that other researchers and practitioners in the AI and ML fields faced the same problem. It became clear that this paradigm had the potential to hold back the industry and, together with his team, Nishihara created Ray, an open-source framework for distributed machine learning.

Built primarily for the Python programming language, Ray allows users to scale the most compute-intensive ML workloads with dramatically reduced effort through native libraries, such as Ray Serve and Ray Tune. What started as a community-focused university project has, over time, become a company in its own right, Nishihara explained.

(* Disclosure: Anyscale Inc. sponsored this segment of theCUBE. Neither Anyscale nor other sponsors have editorial control over content on theCUBE or SiliconANGLE.)