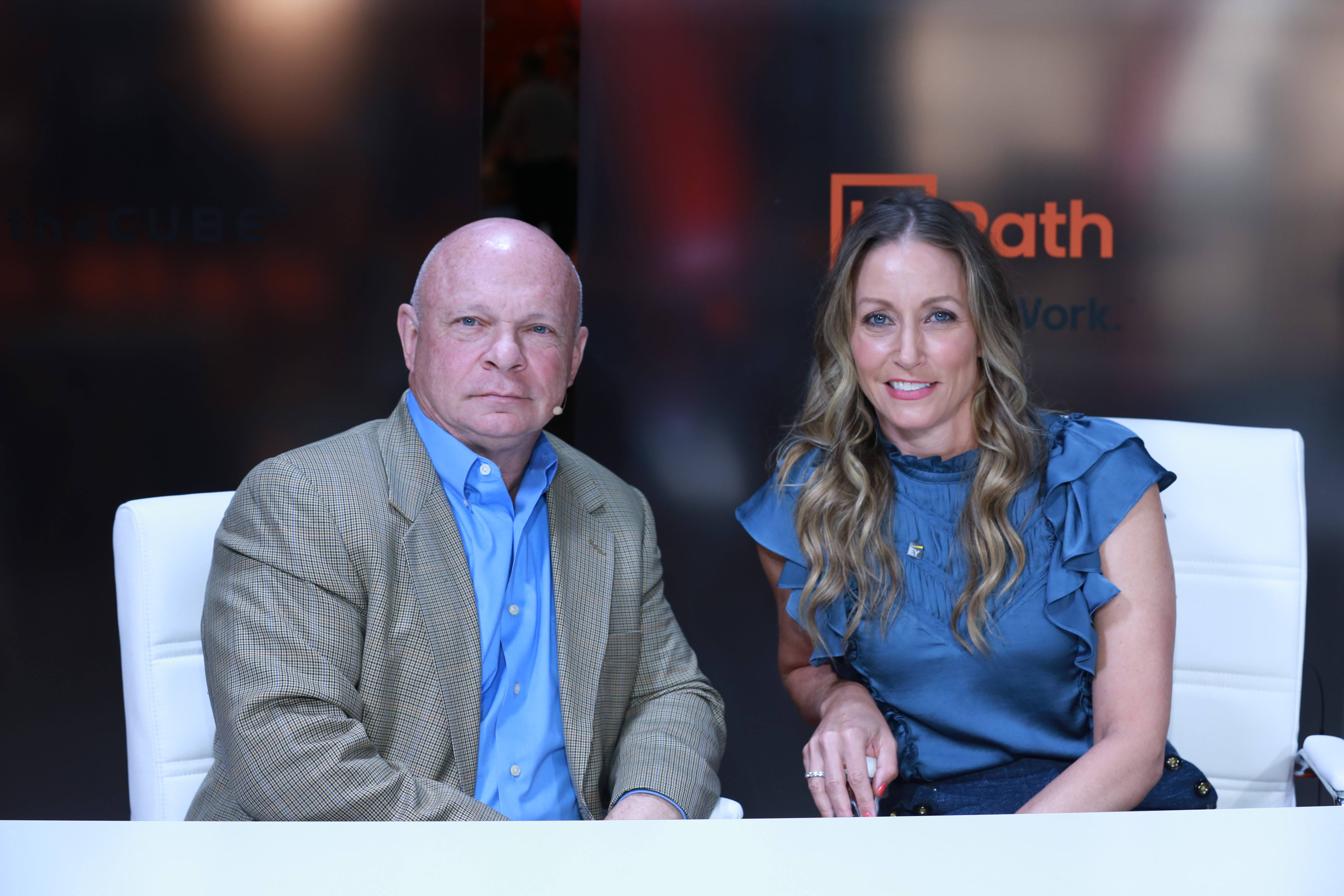 Automation continues to gain steam based on the enhanced competitiveness and productivity it provides.

Before bringing in Ernst & Young Global Ltd. to help in its automation journey, the State of Tennessee was working on a behind-the-scenes program for 18 months to see how this process would be blanketed across its 23 agencies, according to Bob Pucci (pictured, left), executive director of intelligent automation at the State of Tennessee, who said automation has helped the state attain a best-in-class status.

Stocker and Cristina Secrest (pictured, right), partner in process artificial intelligence and automation – GPS automation leader at EY, spoke with theCUBE industry analysts Dave Vellante and David Nicholson at UiPath Forward, during an exclusive broadcast on theCUBE, SiliconANGLE Media’s livestreaming studio. They discussed how the State of Tennessee uses automation to enhance and simplify the user experience, as well as the role that EY plays in the process. (* Disclosure below.)

Based on the urge to address the needs of all state agencies simultaneously, the State of Tennessee took the robotic process automation route, according to Pucci. As a result, the siloed approach was eliminated, prompting better interfaces to the state’s citizens and cutting costs.

“What we basically did is we procured the software, did the contracts and then it was really about … a multi-stream approach where we could run multiple work streams independently,” he pointed out. “Define all the architectures required tests and disaster recovery. At the same time, develop the Center of Excellence, the operation model, the processes, and methodologies … well the bottom line is RPA technology.”

By incorporating an end-to-end spectrum of automation, optimality is enhanced, especially in the public sector, according to Secrest, adding that this necessitates incorporating cutting-edge technologies like artificial intelligence.

“My focus is first and foremost automation,” she noted. “So how do you get things like UiPath into our clients? But also I focus specifically on our government, public sector clients. So SLED specifically, state local education — that’s why I’m here with the State of Tennessee.”

Developing a proof of perceived business value was an instrumental role in kickstarting the automation process in the State of Tennessee, Pucci pointed out. Furthermore, an external advisory review was pivotal.

“With the help of EY, we built out the prototypes and we got the green light to go forward, got EY to start, and then we just basically went pedal to the metal,” he noted. “We had our foundation already defined. We built up the architecture in less than one to two months.”

When it comes to automation, the automation operating model is critical. The State of Tennessee treats the AOM with utmost importance, and this has accelerated its automation journey, according to Secrest.

“I was like, wow, this is a very serious client … they want to go fast and they want to get that momentum,” she stated. “But the AOM was laid out so we could propel ourselves. So we are at 40 automations right now; we’re in the works of creating 80 more automations in this next year. We’ll be at 120 really quickly; the AOM is critical.”

Here’s the complete video interview, part of SiliconANGLE’s and theCUBE’s coverage of the UiPath Forward event: