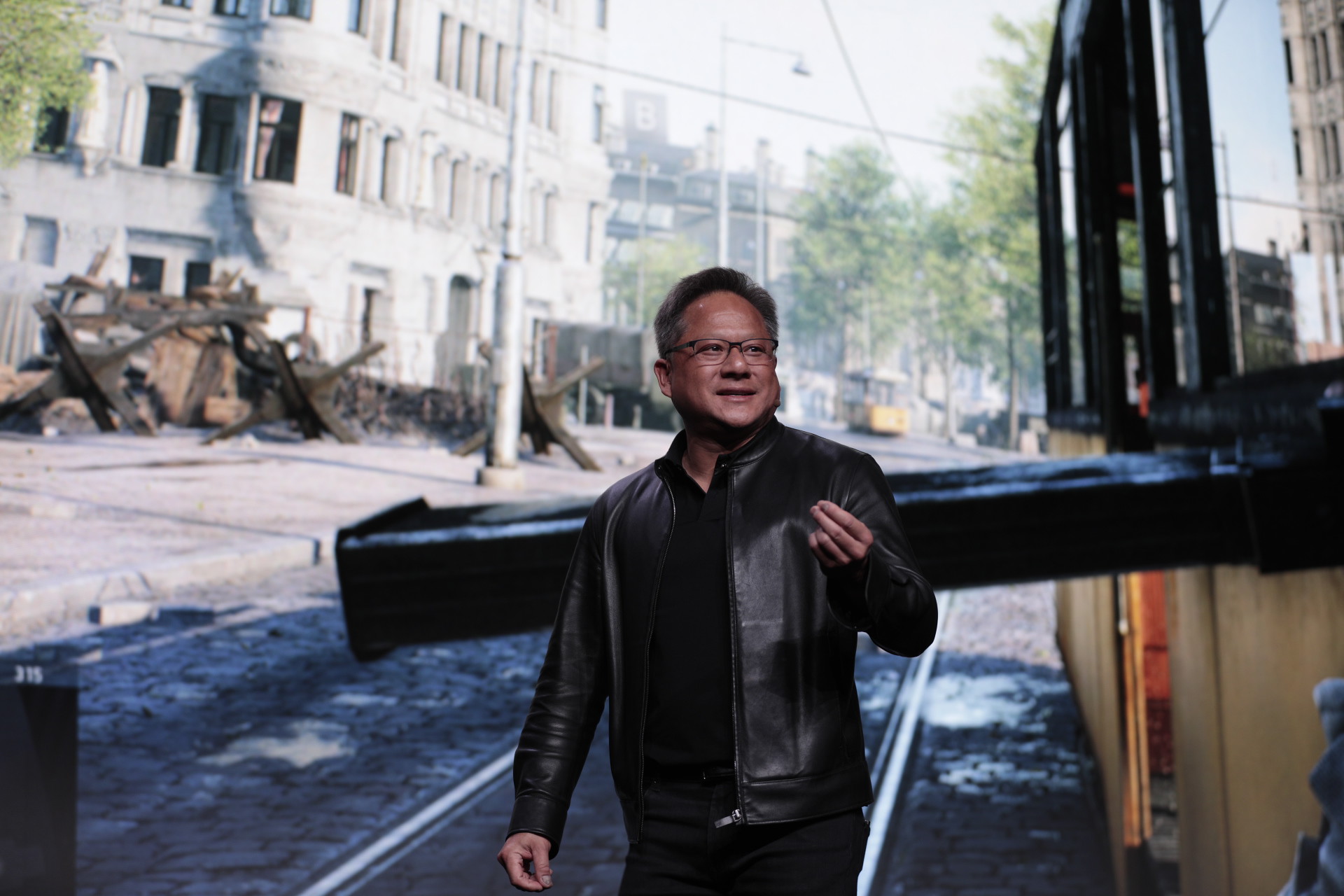 The chipmaker delivered mixed results in its third quarter report. Earnings before certain costs such as stock compensation came to 58 cents per share, below Wall Street’s forecast of 70 cents per share. On the other hand, the company delivered revenue of $5.93 billion, down 17% from a year earlier and 12% sequentially, but still ahead of the $5.79 billion forecast. Net income for the period came to $1.45 billion, down 51% from a year earlier.

As for guidance, Nvidia said it sees fourth quarter revenue $6 billion, plus or minus 2%. That’s just short of Wall Street’s projection of $6.09 billion in revenue. All in all the report was not as bad as many investors had feared, and Nvidia’s stock was up just over a percentage point on the back of the report, having declined more than 4% during the regular trading session.

Nvidia said its gross margin for the third quarter was down 11.6 percentage points to 53.6%, due to an inventory charge that stemmed from lower demand for data center chips in China. However, it said it believes gross margin will recover in the next quarter to between 63.2% and 66%.

Nvidia founder and Chief Executive Jensen Huang (pictured) said the results show that the company is adapting quickly to the macro environment, correcting inventory levels and paving the way forward for its new products. “The ramp of our new platforms ― Ada Lovelace RTX graphics, Hopper AI computing, BlueField and Quantum networking, Orin for autonomous vehicles and robotics, and Omniverse ― is off to a great start and forms the foundation of our next phase of growth,” Huang said. ““Nvidia’s pioneering work in accelerated computing is more vital than ever. Limited by physics, general purpose computing has slowed to a crawl, just as AI demands more computing. Accelerated computing lets companies achieve orders-of-magnitude increases in productivity while saving money and the environment.”

Nvidia’s results are closely watched by Wall Street because the company is seen as a leading indicator of the overall health of the technology industry, as it sells large numbers of chips to both personal computer makers and cloud infrastructure providers. Chip stocks have been hammered during the year, with both business and consumer demand for electronics ebbing away after seeing explosive growth throughout the COVID-19 pandemic. Now, consumers no longer need to buy as many computers, as many purchased new ones during lockdown. Meanwhile, enterprises already have plenty of PCs for their workforces.

Back in the second quarter, Nvidia slashed chip production as part of a move to realign inventory with the lower demand it was seeing. Then in May, it announced that it would slow its pace of hiring.

Nvidia has also been hit by lower prices. During the pandemic, demand was so high and supply so short that many of its chips were selling for hundreds of dollars above their retail prices. However, prices have tumbled as demand waned. In particular the PC gaming market has slowed rapidly, and Nvidia’s older graphics cards are being steeply discounted to attract buyers. The company recently launched a new generation of graphics cards though, and these are priced higher than earlier models.

During the quarter, Nvidia’s gaming division saw sales plunge by 51% compared to a year earlier to just $1.57 billion. The company said it was selling less to retailers because many of them had too much inventory built up. Macroeconomic conditions and China’s ongoing zero-Covid policy continue to hit demand, the company added.

Nvidia was saved by its data center businesses, which saw sales jump 31% from a year earlier to $3.83 billion. This growth was attributed to U.S. cloud service providers and consumer internet companies, Nvidia officials explained.

The company also said it has been taking steps to ensure it can continue selling its premium products in China. There, it recently launched a new A800 chip as an alternative to the A100 chip, which the U.S. government said is too powerful to be sold there. U.S. officials are concerned that Nvidia’s chips could be used to power military technology. Looking ahead, Nvidia executives said the loss of sales from the A100 in China should be offset by the alternative, but less powerful A800 chip.

As for Nvidia’s smaller businesses, they were a mixed bag too. The professional virtualization unit saw sales fall 65% to $200 million, while the automotive segment delivered $251 million, up 86% from a year ago. Finally, Nvidia’s “other” segment, which includes its specialized cryptocurrency mining chips, reported $73 million in revenue.