But this is no sensible sports car: far from it. As with the GR86, the bassy 2.4-litre flat four feels a much stronger engine than the 2.0-litre unit in the BRZ before it, and is hugely tractable. Sounds great, goes even better, and that silky-smooth six-speed manual gearshift and heavy clutch pedal are things to cherish, because we won’t experience their ilk for much longer. It’s tough telling any difference here from the GR86, though.

Our run of corners and acceleration tests extended to a concrete field with some cones, but the BRZ turned it into Disneyland with its ability to roll through a slalom on the throttle in second gear, oversteering one way and then the next. Just like the GR86, the speeds need to be higher than before to reveal its playfulness, due to the extra grip of the bigger wheels and tyres.

As with the GR86, the interior inadvertently reassures you that all the money has clearly been spent on the oily bits you can’t see, due to its old-school look and feel. Still, it’s nicely laid out and perfectly usable. This is the sort of car where you buy the chassis and engine, and the rest come free.

Alas, we can’t buy the BRZ, though. Which is a shame, because making it available here would instantly have increased the UK’s Toyobaru offering. Subaru Europe is saying the ‘never say never’ line, yet with legislation in Europe already set to kill the pair off in July 2024, the narrowest of windows is unlikely to ever come ajar. 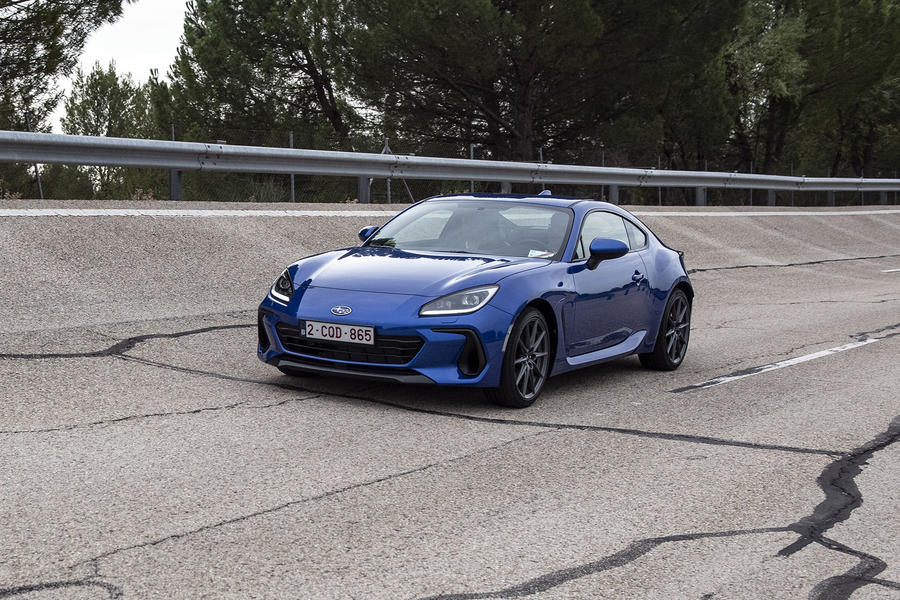