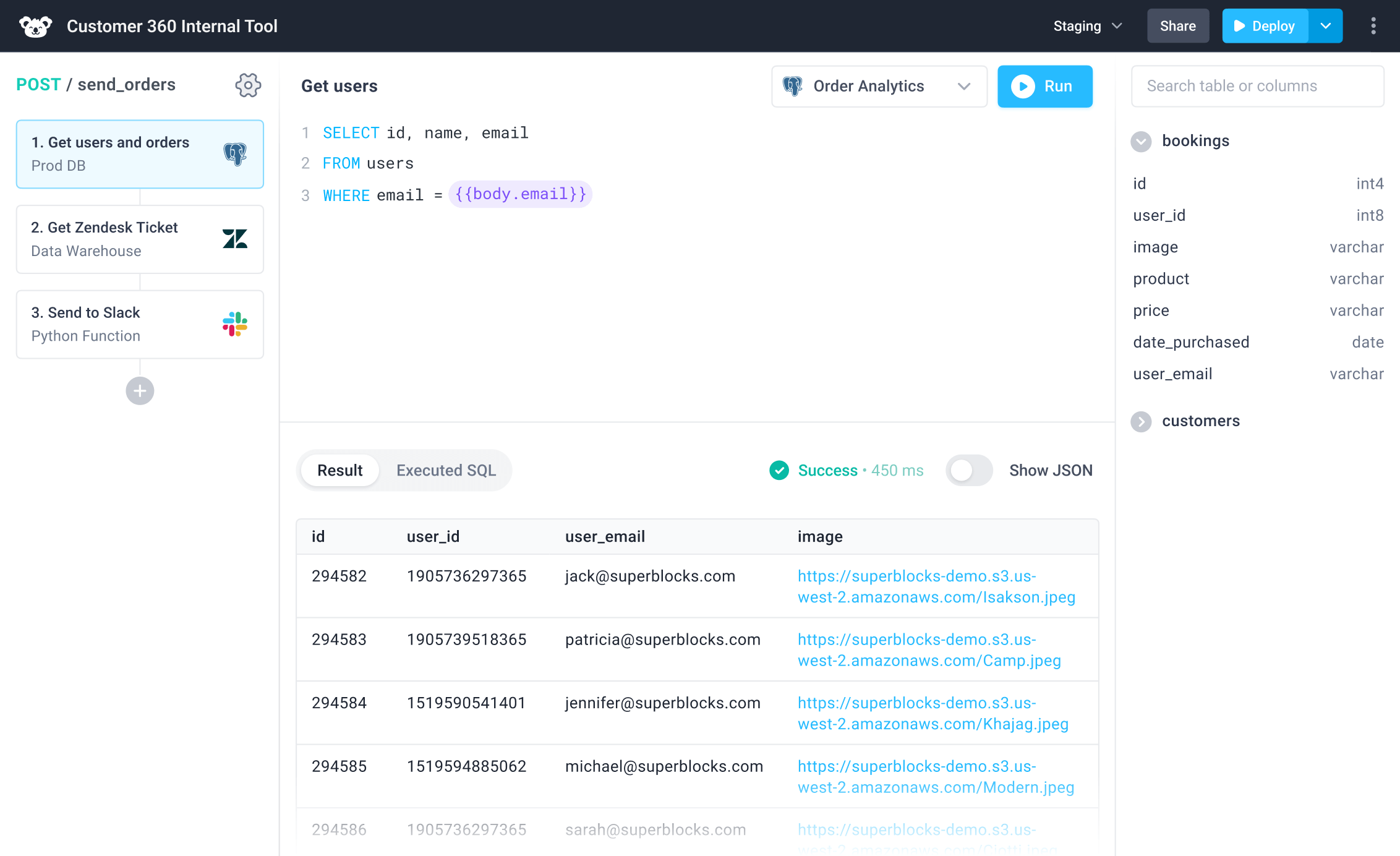 Superblocks, the newly launched startup that provides a platform to create bespoke internal apps and workflows for companies, said today it raised $37 million in funding to revolutionize how businesses build and maintain their own internal tools.

“Software is eating every business process, and custom internal software has become incredibly expensive to build, arduous to maintain, and difficult to secure,” said Brad Menezes, co-founder and chief executive of Superblocks.

Superblocks provides a wide variety of programmable building blocks for developers to create bespoke internal apps, workflows and scheduled jobs using drag-and-drop interfaces. The platform’s design allows developers to rapidly create internal tools in a fraction of the time it would have taken to build an app from scratch.

It also makes it easier to maintain, because the platform allows developer teams to connect directly with popular version control repositories such as Git, and will soon have integrations for full continuous deployment and integration pipelines. After deployment, Superblocks can integrate with observability platforms such as DataDog, Elastic and Grafana.

“We built Superblocks to save developers hundreds of hours on time-intensive custom internal tooling primitives, so that they can focus entirely on the user experience and business logic unique to their business,” said Menezes.

When creating tools, developers can connect with any database via REST, GraphQL and gRPC application programming interface authentication. This way, data can flow into apps from software-as-a-service vendors, internal APIs, Google sheets or other third-party sources with ease.

Using the platform, developers can rapidly create apps without the need for any React, HTML or CSS skills, and they’ll still look and feel good. Workflow automation makes creating APIs as simple as querying data, writing the JavaScript or Python code to fit the business logic and go. With Scheduled Jobs, developers can automate tedious, periodic events via APIs, such as sending reports to Slack or email; it allows developers to avoid rewriting code and just focus on business logic.

The company competes against other low-code custom internal tool coding platforms including Snapboard, Appsmith, and AirPlane. Another rival, Retool, recently raised $45 million at a $3.2 million valuation.

According to a 2021 report from Retool, developers spend more than 30% of their time building internal applications – a number that jumps to 45% for companies with more than 5,000 employees. According to the same report, the estimated time spent on internal tool development and maintenance by developers was only pushed up by the pandemic.

“Superblocks is on a mission to free up developer time by bringing together every building block a developer needs to build internal software into a single programmable platform,” said Menezes.