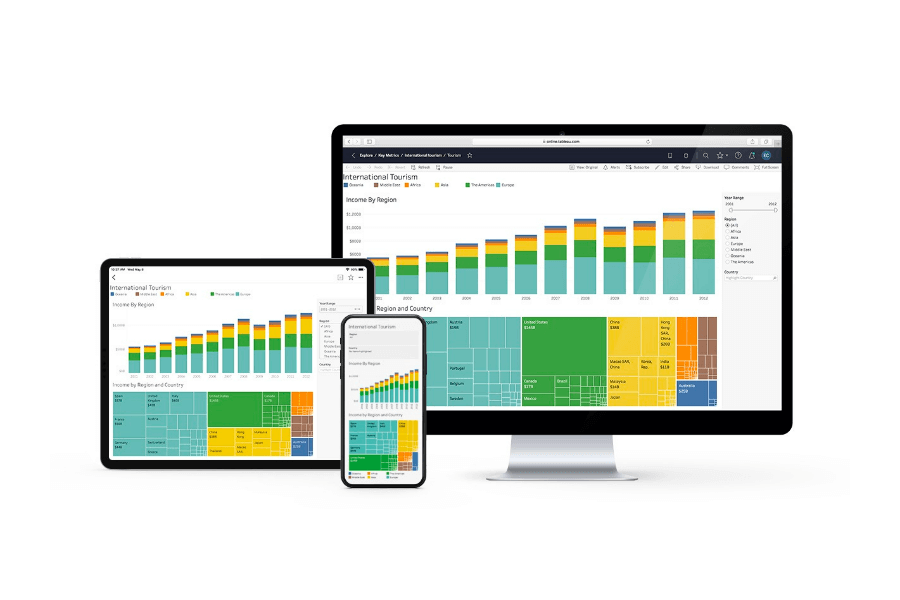 Announced today, Tableau 2022.4 is a new release of the visual analytics platform that’s designed to help business workers see their data in a range of graphics and charts, so they can better understand it. Tableau was acquired by Salesforce for $15.7 billion in 2019.

One of the most important new features in today’s release is Tableau External Actions, which allows users to go directly from insight to taking action from within the Tableau dashboard. Normally, taking action on insights involves switching between different applications, but Tableau says that can cause users to lose context or their train of thought. As such, they then have to act on an imperfect memory or switch back again to review information.

With Tableau External Actions, users can now make in-context decisions and automate workflows from within the Tableau platform. It’s enabled through Tableau’s native integration with Salesforce Flow, which connects any data to a flow in Salesforce. In this way, users can act on data outside of their Salesforce database to create an opportunity, escalate a case and more, while streamlining many multistep processes.

As for the new Image Role capability, Tableau said it’s all about improving insight comprehension. It explains that sometimes the subject matter of its data visualizations can feel abstract, resulting in users questioning its relevance. By adding images to Tableau dashboards, users can better relate to the subject matter.

That’s the purpose of Image Role, which is a new field semantic that can bring images assets into Tableau. Users can then efficiently add, align, reuse and update images. Image Role dynamically maps those images to text strings, enabling them to be inserted into column and row headers.

Also new is the Usage Metrics tab that enables users to track the performance of Tableau Workbooks, which are internally created libraries of worksheets, dashboards and stories. After creating a workbook, Tableau says, it’s important for companies to be able to see how it’s being used. Doing so enables them to identify which content is proving to be popular, helping shape the creation of future content.

The Usage tab displays a number of built-in Tableau Metrics that provide insights into how many views a workbook has received. This creates a better feedback loop, Tableau explained, highlighting which workbooks ought to be refreshed or retired, and which continue to be popular. Authors can view these Metrics as a time series to track their performance over time, and see how updates increase or decrease usage. In addition, the Usage Metrics can also help to reassure viewers that a workbook is widely used and trusted.

Another new addition to Tableau is the Custom Views REST application programming interface, which is designed to help Tableau users find meaningful and relevant insights in their data more quickly.

As Tableau explains, users often need to filter, sort or otherwise modify their view of a dataset to be able to understand it. This takes time, but with Custom Views the user can save a personalized view of their data. As a result, they don’t have to repeat their selections when they return to view the data again.

Now, developers gain the ability to get, update and delete Custom Views and filter them by workbook or owner, via the new REST API. The Custom Views REST API also works with the Embedding API to bring Custom Views to embedding scenarios, so as to enable personalized experiences for users on all platforms and devices.

The Tableau 2022.4 is being rolled out now. Users who don’t want to wait for the upgrade can download it manually from here.