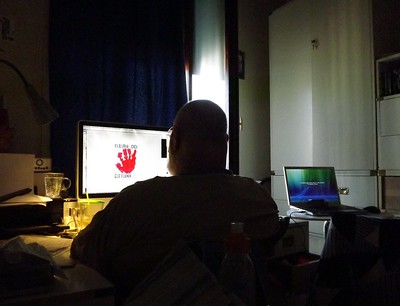 The U.K. government announced yesterday that it will be making some changes to its Online Safety Bill, something that could leave tech companies looking at huge fines if they haven’t deployed new technologies to police their products.

The government will give more power to the U.K.’s communications regulator, Ofcom. The new tools should help the regulator force tech companies to adopt new technologies to cut down on content related to child abuse. “Tackling child sexual abuse online is central to the new online safety laws — and rightly so,” a spokesperson for Ofcom said. “It’s a big and challenging job, but we’ll be ready to put these groundbreaking laws into practice.”

If tech companies fail to introduce scanning algorithms that should be able to find such content – even with end-to-end encryption – they run the risk of being fined close to $20 million or 10% of their global annual revenue, whichever is higher.

“Child sexual abuse is a sickening crime,” said Home Secretary Priti Patel. “We must all work to ensure criminals are not allowed to run rampant online and technology companies must play their part and take responsibility for keeping our children safe. Privacy and security are not mutually exclusive — we need both, and we can have both and that is what this amendment delivers.”

Priti has been highly critical of Meta Platform’s Inc. Chief Executive Mark Zuckerberg after he revealed that he plans to introduce end-to-end encryption for the company’s Messenger and Instagram apps. She has said that there must be scanning technology to find sexual abuse content, although she didn’t say what exactly this technology will be.

So far, there is nothing out there in terms of technology that can scan apps for such content. Privacy advocates have said this is a positive. If more thorough surveillance technology is introduced, then there’s little point to having end-to-end encryption in the first place. They are concerned that such far-reaching tech could be used for general surveillance.

With the National Crime Agency reporting that in the U.K. there are between 550,000 and 850,000 people who are a risk to children and could potentially benefit from end-to-end encryption on various apps, many people think tech companies should take responsibility for what is being shared on their apps. Still, right now it’s not clear how Ofcom could prove a company didn’t take the necessary steps to stop child abuse content appearing in their apps in order to hit the company with a fine.