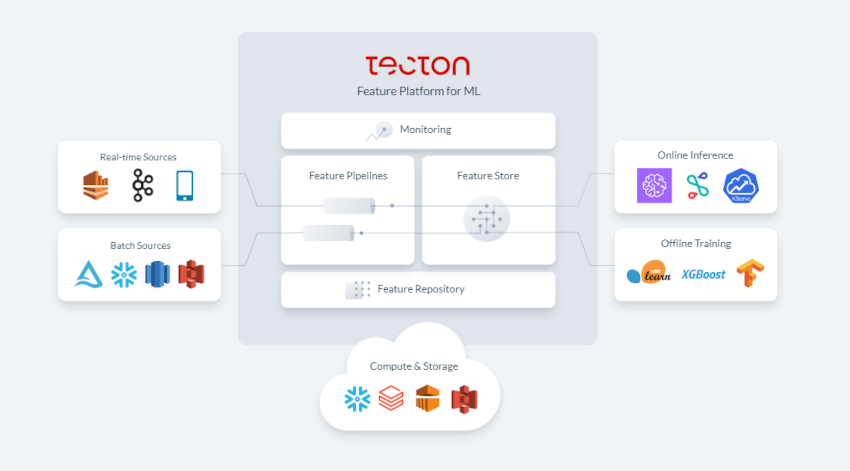 Tecton Inc., a startup with a cloud platform that promises to help companies speed up their artificial intelligence development projects, has raised $100 million in fresh funding.

The company announced the Series C round this morning. The investment was led by Kleiner Perkins with participation from Databricks Inc. and Snowflake Ventures. Andreessen Horowitz, Sequoia Capital, Bain Capital Ventures and Tiger Global contributed as well.

Tecton provides a cloud-based platform that helps AI developers manage features. In the field of machine learning, features are the data points that a neural network consults to make decisions.

A company’s software development team might create a neural network that determines the topic of business documents by analyzing their titles. In that case, the title of a document is the data point, or feature, used by the neural network to make decisions. There are also other kinds of features in AI projects.

Extracting the title of a business document to determine its topic is a relatively simple task. However, extracting features isn’t always simple. A data point within a file, such as the title of a document, can’t necessarily be used as a feature in its original form: It may first have to be reformatted, combined with another data point or modified in some other way.

Modifying data points to turn them into a feature that can be used by an AI to make decisions often requires custom code. In complex enterprise AI projects, the amount of code that developers must write to extract and deploy features can be significant. Tecton promises to ease the task.

The platform enables software teams to store the code they use to extract features for their AI applications in a centralized cloud-based hub. Centralizing everything in one place eases developers’ work, according to the startup. Tecton provides features that help developers organize their feature code, test it for flaws and easily deploy it to production.

Running the code that extracts features for an AI application in production can be complicated. According to Tecton, its platform automates key parts of the task. The startup also provides monitoring features that enable developers to detect errors and find opportunities to reduce the amount of infrastructure used by their AI applications.

Tecton stated that its platform can significantly reduce the amount of work involved in managing features. One customer, Atlassian Corp. Plc, took one to three months to deploy new features before adopting the startup’s platform, a task the company says is now completed in one day.

“We believe that any company should be able to develop reliable operational ML applications and easily adopt real-time capabilities no matter the use case at hand or the engineering resources on staff,” said Tecton co-founder and Chief Executive Officer Mike Del Balso.

The company disclosed today that its annual recurring revenue had nearly tripled from 2021 to 2022 thanks to strong customer demand, but didn’t disclose absolute numbers. Meanwhile, it says, the number of organizations using the startup’s platform grew fivefold over the past 12 months, and its customer base now includes multiple Fortune 500 companies.

Tecton will use the newly announced $100 million funding round to accelerate go-to-market initiatives. Product development will be another priority. The company plans to build new capabilities for both its namesake cloud platform and Feast, an open-source feature management platform that that the startup helps maintain.