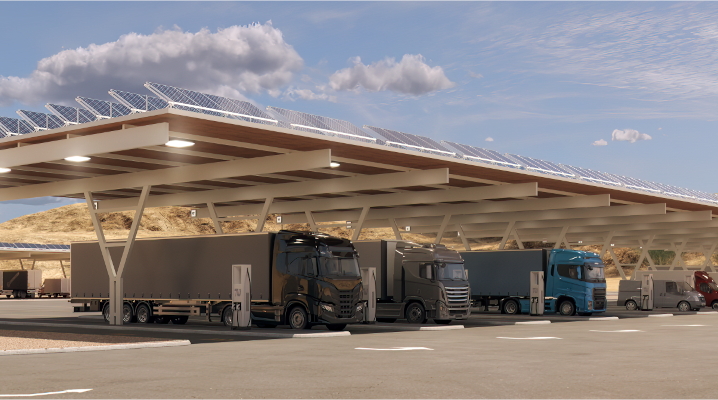 TeraWatt Infrastructure Inc., a startup that builds and operates electric vehicle charging centers, has secured more than $1 billion in an early-stage funding.

The startup announced the Series A funding round this morning. Vision Ridge Partners, an investment firm that backs sustainable infrastructure companies, led the round. It was joined by returning TeraWatt backers Capital and Cyrus Capital, which previously invested $100 million in the startup.

Organizations with electric vehicle fleets, such as delivery companies, require access to charging infrastructure at the markets where they operate. However, such companies often lack the resources to build the necessary infrastructure. TeraWatt launched in 2018 to help with the task.

San Francisco-based TeraWatt builds electric vehicle charging centers to customers’ specifications and then operates the facilities. In addition to chargers, the startup’s facilities provide access to parking space and driver amenities. TeraWatt says its infrastructure can support a variety of electric vehicles ranging from taxis to freight trucks.

TeraWatt charging hubs are located along the routes used by customers’ vehicle fleets. The startup might, for example, build a series of facilities along a highway to support electric freight trucks. A ride-hailing company, meanwhile, could partner with Terawatt to build charging hubs in major metropolitan areas.

Building an electric vehicle charging hub involves numerous steps. The company building the hub must deploy charges, energy storage equipment and meters, as well as connect the hardware to the electrical grid. TeraWatt says it can manage all the steps involved in the process and also provide financing to support construction.

The more than $1 billion added to TeraWatt’s balance sheet as part of its latest funding round will enable the startup to invest in growth initiatives. The startup currently maintains sites in 18 states. Using the new funding, TeraWatt reportedly plans to build more charging infrastructure as well as double its headcount over the next 12 months.

“Fleets are electrifying faster than ever, and we have been hard at work planning, building charging centers, and scaling up to make this transition easier for fleets,” said TeraWatt co-founder and Chief Executive Officer Neha Palmer. “We look forward to continuing to build on our market position, leveraging their collective investment to move even faster in providing solutions for the rapidly growing category of EV charging.”

TeraWatt’s funding round comes about a year after Volta Inc., another operator of electric vehicle charging infrastructure, listed its shares on the New York Stock Exchange. ChargePoint Inc., which competes in the same market, also went public last year.