The upcoming Tesla Cybertruck SUV will get the same 1MW (1000 kW) charging speed as the Tesla Semi, founder Elon Musk has confirmed.

The firm claims the Semi has the ability to replenish 70% of its 1000-volt, 1000kWh battery in just 30 minutes. Although no battery size has been revealed for the Cybertruck, this could mean a full-charge time in just a number of minutes.

The charging speeds, which will be the fastest ever available to the public, will be rolled out across Tesla’s supercharger network in the US next year, Musk said. It is expected to come to the UK with the launch of the Cybertruck next year.

The news was revealed at an event to mark the first production versions of the long-delayed Tesla Semi being  delivered to PepsiCo. 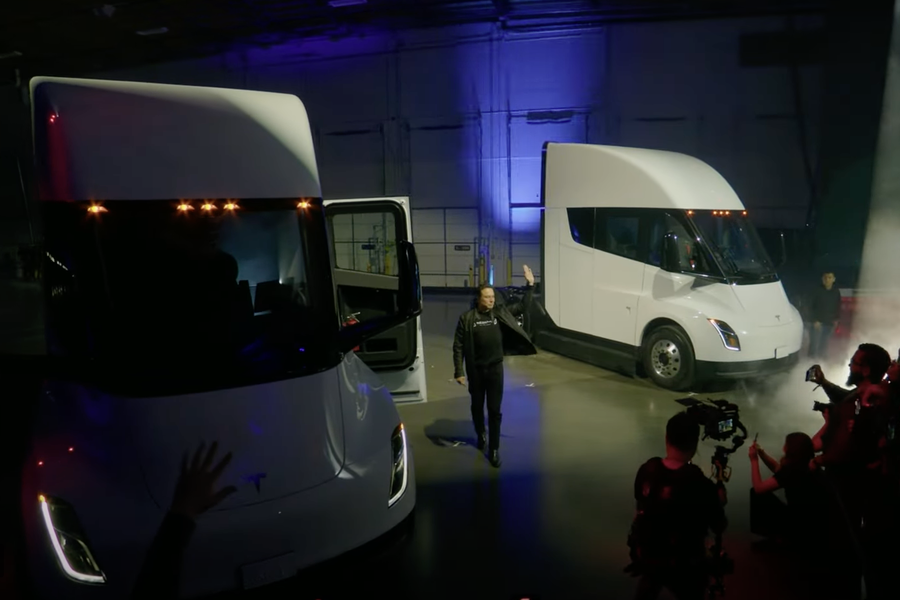 A time-lapse video (below) from Tesla of a recent test drive backed up Musk’s claims, who added that the Semi used just 2kWh/mile during the run.

The Semi is also rumoured to be offered with a smaller 600kWh battery for a range of 300 miles.

A tri-motor powertrain – the same as found in the 1020bhp Tesla Model S Plaid – drives the two rear axles and dispatches the 0-60mph sprint in 20sec fully laden or 5.0sec without cargo.

Further details on power were not disclosed at the event, but Musk did add that the car had “three times the power of any diesel truck on the road right now”.