First production versions of the long-delayed Tesla Semi have been delivered to PepsiCo during a handover ceremony at the American firm’s Nevada Gigafactory.

A time-lapse video (below) from Tesla of a recent test drive backed up Musk’s claims, who added that the Semi used just 2kWh/mile during the run.

The Semi is also rumoured to be offered with either a smaller 600kWh battery for a range of 300 miles.

Tesla has claimed the Semi has the ability to replenish 70% of a charge in just 30 minutes using a 1MW Megacharger – the first of which was installed at the Nevada Gigafactory. Musk confirmed that ths tech will also be used for the upcoming Tesla Cybertruck.

A tri-motor powertrain – driving the two rear axles – dispatches the 0-60mph sprint in 20sec fully laden or 5.0sec without cargo.

Further details on power were not disclosed at the event, but Musk did add that the car had “three times the power of any diesel truck on the road right now”.

“At Tesla we don’t make slow cars,” he said. “This thing has crazy power compared to a diesel truck. When you’re not towing anything, it looks like an elephant moving like a cheetah.

“It’s fast to accelerate, it’s fast to brake. It is really a step change improvement in what it is like to drive a semi truck.”

​Tesla originally stated the Semi would use four motors, and a high-performance model – in the mould of the Model S Plaid – isn’t out of the question.

“The Semi doesn’t use the 4680s. We’re making Model Ys; some of the Model Ys coming out of Giga Texas [factory] are 4680,” said Musk, implying that supply of the cells was being diverted to cars. 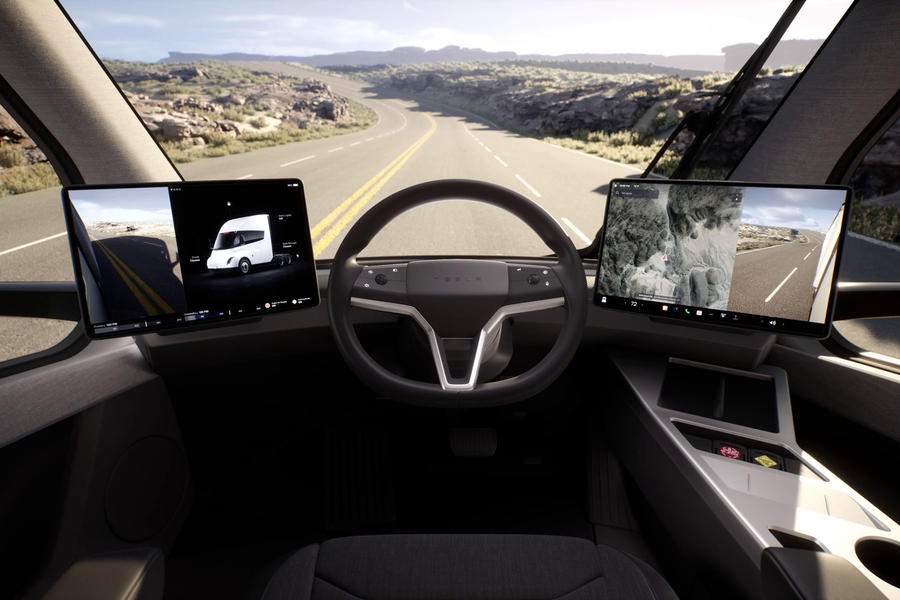