So what does a motorsport engineering company mostly concerned with rallying want with a race circuit?

“Seventy per cent of the rallying in which our cars now compete is on Tarmac,” explains Wilson. “We’ve developed racing cars as well over the years. So it’s a very useful thing.”

But the new track isn’t intended solely for M-Sport. It’s a key business asset being offered, along with M-Sport’s technical facilities, to the wider automotive and motorsport industries for vehicle engineering and development, as well as events. 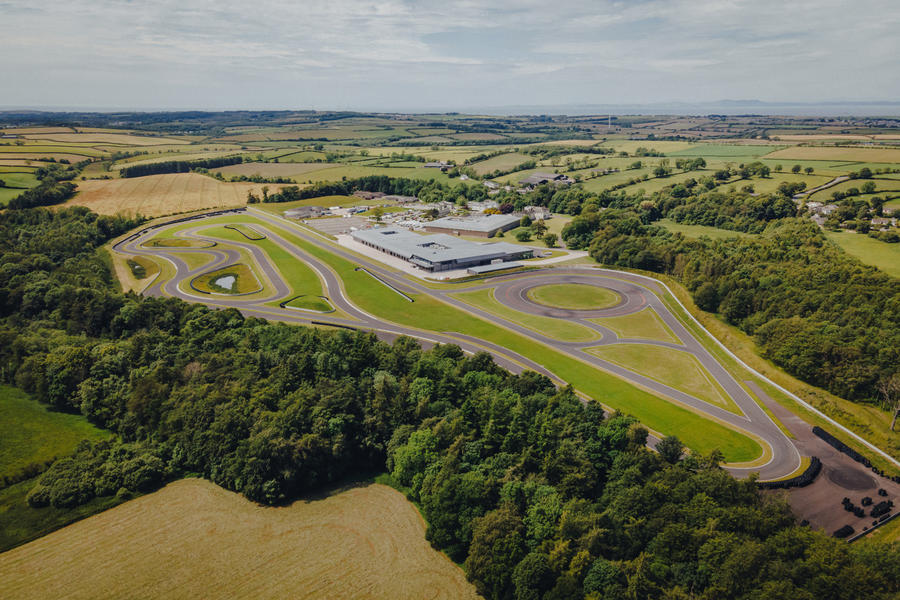 It has been more than a decade in the planning and making, as part of a project that also includes a sizeable paddock development in which there are world-class workshop and fabrication facilities, just yards from the circuit barrier. Some of these will be M-Sport’s own manufacturing hubs, but others are there for the use of anyone who wants them.

It’s very much a ‘come along and let us help you make your next supercar’ type of offering – and once you’re done developing it, M-Sport could probably build your supercar for you as well.

“The germ for all of this was sown a long time ago,” says Wilson, before we head out for any driving. “It goes back to 1990, when Alex Fiorio and I were both driving rally cars for Ford. We finished the recce for the Monte [Carlo Rally] that year just around Christmas time, and I stayed with Alex and his family in Italy for a few days. During the stay, we ended up visiting Ferrari, because Alex’s father Cesare was sporting director for the Ferrari Formula 1 team, and I had a ride in an [Ferrari] F40 with a test driver around the test track at Fiorano.