“She was so lovely about it. But it was mortifying for me.”

Celebrities may seem like they have it all together, but it turns out that they can be just as awkward as everyone else! Just because they’re famous, it doesn’t mean they’re excluded from having some cringey encounters. And when another star is involved, it can get even more awkward!

Stars like Jennifer Lawrence and Kesha all admit they’ve found themselves in some funny situations with other famous folks. Margot Robbie says she even once had a small slip-up with Prince Harry! But no matter what happened, these celebs have all made amends and chalked things up to just being a little awkward.

Find out what went down between these stars… 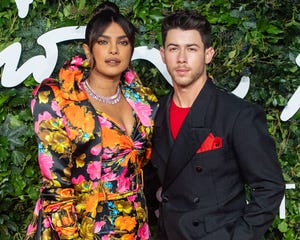 Priyanka Chopra recently found herself in an uncomfortable situation when she encountered Rosie O’Donnell at a restaurant in Malibu. When they ended up seated near each other, Rosie mentioned that she knew Priyanka’s father, assuming that the actress’ dad was author Deepak Chopra. Unfortunately, that wasn’t the case as Priyanka’s actual father passed away years ago. Priyanka was forced to correct Rosie and explain that Chopra is a really common name.

It got even more awkward after that though! Rosie took to TikTok to issue an apology for the mishap and instead of calling Priyanka by name, she referred to her as Nick Jonas’ wife “Something’ Chopra” as well as “the Chopra wife.” Rosie later issued a second apology and acknowledged that she should have Googled Priyanka’s name first. Thankfully, Priyanka took the whole situation in stride and issued her own response.

“I have never taken myself seriously to think everyone would know who I am, or my work for that matter. But if you wanted to make a public apology for a very awkward private encounter, I think probably best to take the time to google my name before doing it or even try to reach out directly,” Priyanka shared on Instagram. “We ALL deserve to be respected for our unique individuality and not be referred to as ‘someone’ or ‘wife’ especially in a sincere apology. If we can learn to respect our differences in an authentic way, the world we raise our children in, will be amazing.”

Dakota Johnson was in the middle of an interview on “The Ellen DeGeneres Show,” when things got a little awkward. When the conversation pivoted to Dakota’s recent 30th birthday, Ellen made a point to note that she hadn’t gotten an invite — but it turns out she had! Dakota immediately shut Ellen down, saying, “Actually, no. That’s not the truth, Ellen.” She even reminded Ellen that it wasn’t the first time that the host had complained about not being invited and that she had made the same comments the year prior before the two were friendly.

Ellen looked pretty uncomfortable during the conversation, especially when her producers confirmed that she had definitely been invited and had chosen not to attend.

Kesha thought she was about to meet one of her favorite celebrities when she once spotted Jerry Seinfeld on a red carpet…but things didn’t go according to plan. When she approached Jerry, who was in the middle of being interviewed, he wasn’t interested in greeting her. In fact, when she asked the comedian for a hug, he said “No thanks” multiple times and even backed away. It turns out that Jerry had no idea who Kesha was at the time.

“I’m 63, I don’t know every pop star…I don’t know everyone. I’m not [a hugger]…I don’t hug a total stranger. I have to meet someone, say ‘hello.’ I gotta start somewhere,” he later told Us Weekly.

Demi Moore caught James Corden in a lie during an appearance on “The Late Late Show.” While playing “Spill Your Guts or Fill Your Guts,” Demi mentioned that James had told her backstage that he loved her new memoir, “Inside Out.” As part of the game, she decided to quiz him on the book, asking for his favorite chapter. When James couldn’t answer the question, he finally admitted that he hadn’t actually read it.

During an episode of “The Tonight Show,” Nicole Kidman and Jimmy Fallon discussed one of the first times they met each other many years ago — and it came to a pretty awkward realization. As the conversation progressed, the duo realized that Nicole thought their evening together was a date while Jimmy had no idea that she was romantically interested in him. He actually thought their friend had set them up together purely for business reasons. The moment that Nicole admitted she had liked Jimmy at the time, he looked completely shocked and things only got more awkward as he realized he missed the chance to date Nicole.

“You put on a video game…It was so bad. You didn’t talk at all and so after about an hour and a half, I thought, ‘He has no interest. This is so embarrassing.’ And I left,” Nicole revealed.

Ashley Graham was hosting the Oscars red carpet for ABC when she had an awkward moment with Jason Momoa and his then-wife Lisa Bonet. While speaking with the couple, Ashley asked Jason if he could perform a “haka move,” which stems from a ceremonial dance in Māori culture. The couple exchanged a glance and Lisa said, “He’s not doing it.” Jason tried to oblige her request by sticking out his tongue but Lisa looked visibly uncomfortable.

Margot Robbie says she once attended the same housewarming party as Prince Harry and ended up making a comment that didn’t go over too well with the royal. The actress explained that since Harry was wearing glasses, she thought he might have been another famous friend — Ed Sheeran. Thankfully, Harry didn’t hold the remark against her and the duo went on to become friends.

“When I saw him in those glasses, I was like, ‘Oh, I didn’t know Ed Sheeran was at the party!’ [Harry] got really offended. He was like, ‘Shut up,'” Margot recalled. 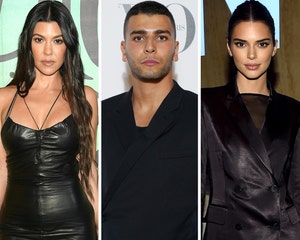 Kendall Jenner was on stage at the 2014 Billboard Awards when she made an embarrassing error while introducing the band 5 Seconds of Summer. Things started off strong when she was reading the teleprompter but when it came time to actually say the group’s name, she mistakenly began to say One Direction. Kendall only said the word “one” before temporarily ducking off camera. In the end, she didn’t even say the group’s name before their introduction footage began to roll.

“And now we welcome…One…Guys, I’m the worst reader. Um…They’re only getting bigger! Take a look,” Kendall awkwardly said on stage.

Jennifer Lawrence and Natalie Dormer were both at “The Hunger Games: Mockingjay — Part 2” premiere in London when they shared an embarrassing moment. Natalie was in the middle of an interview when Jennifer approached her from behind to say hello. When Jennifer leaned in to give her a kiss on the cheek, Natalie turned to see who was behind her and they ended up sharing a kiss on the lips! Jennifer was able to laugh it off but Natalie didn’t look as pleased.

“Oh my God, I’m so sorry! We just kissed on camera. I liked it,” Jennifer joked, while Natalie later said she had to “get Jennifer Lawrence off her face.”

Jamie Dornan had such a major crush on Liv Tyler as a teenager that he actually kept a black-and-white photo of the actress on his bedside table and kissed it every night! As an adult, he was introduced to Liv by a mutual friend, who knew the story about the beside photograph — and he forced Jamie to tell her about it!

“When I was in New York I met her, my friend knew this and said, ‘Jamie, did you tell Liv about that time?’ And I had to tell Liv Tyler to her face that I used to kiss a black-and-white picture of her every night. She was so lovely about it. But it was mortifying for me,” Jamie told British Vogue.

Taylor Swift was attending the 2013 Billboard Music Awards with BFF Selena Gomez when the duo bumped into Selena’s ex Justin Bieber. In the backstage interaction, which was caught on camera, Selena approached Justin to give him a hug and kiss to congratulate him on his wins that evening. Meanwhile, Taylor avoided interacting with Justin and instead stuck her tongue out. Later in the evening, she even refused to answer questions about Justin’s Milestone Award. It’s safe to say Taylor wasn’t a fan of Justin and Selena’s on-and-off relationship at the time. 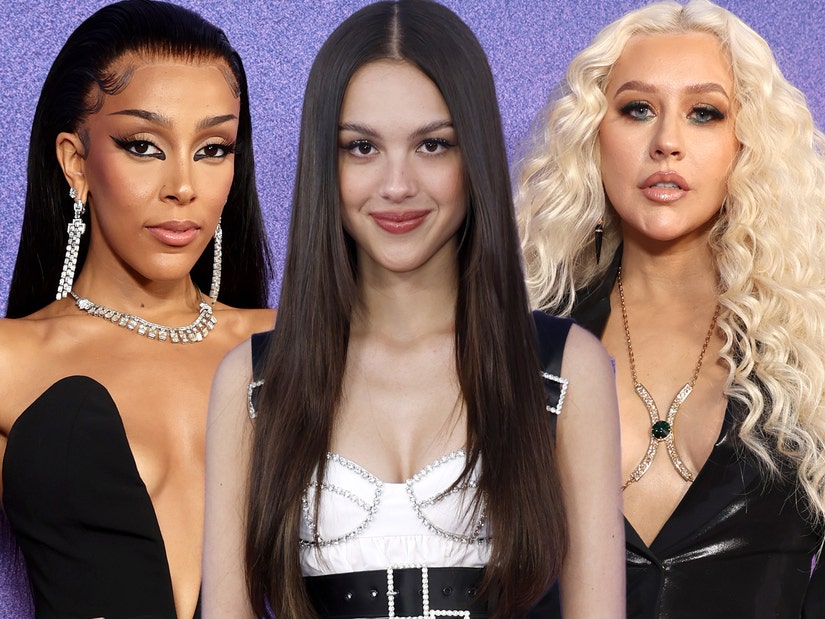