Some of these celebs have been married EIGHT times

Marriages in Hollywood are notoriously short-lived so it should come as no surprise that more than a few celebrities have been married multiple times. In fact, some stars have actually been married over four times throughout their lives. Larry King tied the knot eight times before his passing and Pamela Anderson has walked down the aisle on six occasions. And while most of their relationships may not have lasted, it’s clear they’ve never given up on finding true love.

Find out how many times these stars got married… 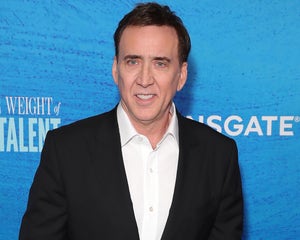 Nicolas Cage has been married five times since first tying the knot with Patricia Arquette in April 1995. He later married Lisa Marie Presley in August 2002 and following their divorce in 2004, he wed Alice Kim that same year. He married Erika Koike in March 2019 but the couple split three months later, with Cage having sought an annulment just four days after they wed. In 2021, he tied the knot with his current wife Riko Shibata, who he says will be the last person he ever marries.

“I am a romantic, and when I’m in love, I want to give that person everything I can. It’s my expression of saying, ‘I love you. I want to spend the rest of my life with you.’ And this is it for me. I mean, this is not happening again. This is it. This is it,” Nicolas told GQ.

Pamela Anderson first tied the knot in 1995 when she married Motley Crue drummer Tommy Lee. The pair split three years later and she didn’t get married again until 2006 when she walked down the aisle with Kid Rock. They broke up just a few months later. Not long after, she married Rick Salomon but had the marriage annulled less than six months later. Despite their split, they reunited and remarried in 2014, only to divorce a few months later. In early 2020, she secretly wed Jon Peters — although after their split two weeks later, she claimed their marriage hadn’t been legal. Then on Christmas Eve in 2020, she married bodyguard Dan Hayhurst but by 2022 they had gone their separate ways.

Director Martin Scorsese first walked down the aisle in 1965 when he tied the knot with his wife Laraine Marie Brennan. After their split, he married Julia Cameron in 1976, but they broke up just a year later. He married Isabella Rosellini in 1979 and their marriage lasted until 1983. Two years later, he said “I do” with Barbara De Fina, whom he was married to until 1991. He is now married to Helen Morris, whom he wed in 1999.

Billy Bob Thornton married his first wife Melissa Lee Gatlin in 1978 but their relationship only lasted until 1980. Six years later, he tied the knot with Toni Lawrence, whom he divorced in 1988. He then married Cynda Williams in 1990, whom he also split with after two years. He then walked down the aisle with Pietra Thornton in 1993 but the couple split in 1997. In one of his most high profile relationships, he was married to Angelina Jolie from 2000 to 2003. He is currently married to Connie Angland, whom he married in 2014 after over a decade of dating.

David Foster was first married to B.J. Cook in 1972, remaining with the singer until 1981. The following year, he tied the knot with Rebecca Dyer but the couple split in 1986. He was also married to Linda Thompson from 1991 to 2005 and then walked down the aisle with “Real Housewives” star Yolanda Hadid in 2011. Following their split in 2017, he married his current wife, Katharine McPhee, in 2019.

Director James Cameron was married to his first wife Sharon Williams from 1978 to 1984. He married Gale Ann Hurd just a year later and the pair were married until 1989. That same year, he married Kathryn Bigelow. Following their divorce in 1991, he remained single for some time until he married Linda Hamilton in 1997. After they divorced a few years later, he married his current wife, Suzy Amis, in 2000.

10 Superstars Who Ended Up Losing All Their Money

Over the course of his life, Larry King was married eight different times. He first tied the knot with his high school sweetheart Freda Miller in 1952, but their marriage was allegedly annulled by their parents. In 1961, he married Annette Kaye, although the couple was together for less than a year. Following their split, he married Alene Akins, whom he was married to until 1963. He went on to marry Mickey Sutphin in 1964 but they divorced two years later in 1967.

In 1968, he remarried Alene, remaining together until 1971. Five years later, he married Sharon Lepore. The pair were together until their split in 1983. He tied the knot with Julie Alexander in 1989 but they separated just a year later and then divorced in 1992. He went on to marry Shawn Southwick in 1997 and was in the middle of divorce proceedings when he died in 2021.

Mickey Rooney married his first wife, actress Ava Gardner, in 1942. They divorced just a year later and he went on to marry Betty Jane Phillips in 1944. Following their divorce in 1949, he married Martha Vickers that same year. They divorced in 1951 and he went on to marry actress Elaine Mahnken in 1952. They divorced in 1958 and later that year, he tied the knot with actress Barbara Ann Thomason. Unfortunately, she was murdered in 1966 by a man she had been having an affair with. After her passing, he ended up marrying Barbara Ann’s best friend Marge Lane but they were together for just 100 days. In 1969, he married Carolyn Hocket but they went their separate ways in 1975. Three years later, he married Jan Chamberlin, and they remained married until his death in 2014, although they had separated in 2012.

Boxer George Foreman was first married to Adrienne Calhoun from 1971 to 1974 before tying the knot with Cynthia Lewis in 1977. They were together until 1979 before George married Sharon Goodson in 1981. Following their split just a year later, he walked down the aisle with Andrea Skeete in 1982. They were married up until 1985, the same year he married his current wife Mary Joan Martelly.

Gary Oldman first walked down the aisle when he married actress Lesley Manville in 1987. Following their split in 1990, he married Uma Thurman. The duo were together until 1992 when they divorced. In 1997, he married Donya Fiorentino with whom he remained married until 2001. Seven years later, he married Alexandra Edenborough but the couple split in 2015. He married his current wife Gisele Schmidt in 2017. 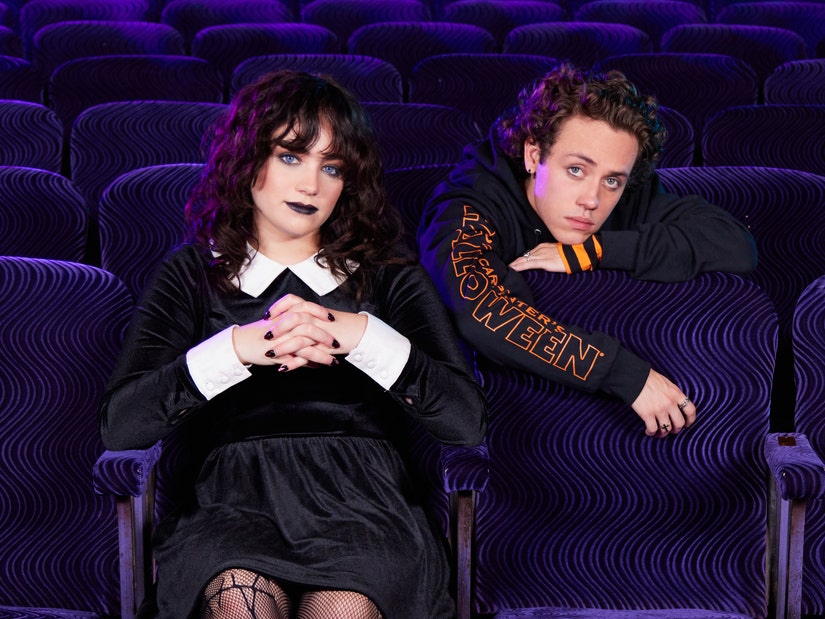