“It’s always been my name. I’m taking back what’s mine.”

Before celebrities actually even make a name for themselves in Hollywood, they have to make a big decision about their name. Early in their career, actors, musicians and models are asked what name they would like to use in their professional life. Unfortunately, the name they choose while they’re still an entertainment industry newbie doesn’t always work out in the long run.

Over the course of their career, there’s been quite a few celebs to say they have regrets about the name they chose. Whether it’s because it no longer reflects them, was a name they didn’t choose themselves or if they have just grown to not like it, these celebs say they wish they could go back and change their decision.

When Martin Sheen was just an aspiring actor, he was convinced to change his name from his birth name, Ramon Estévez. Looking back, he says he regrets the decision to not stand up for himself but he is thankful he didn’t ever end up changing his name legally.

“That’s one of my regrets. I never changed my name officially. It’s still Ramon Estévez on my birth certificate. It’s on my marriage license, my passport, driver’s license. Sometimes you get persuaded when you don’t have enough insight or even enough courage to stand up for what you believe in, and you pay for it later. But, of course, I’m only speaking for myself,” Martin told Closer Weekly.

When Anne Hathaway was just a teenager, she was asked what name she would like to use in her professional acting career. At the time, she thought it was a good idea to use her exact birth name but now regrets not using Annie, the name that everyone in her personal life uses.

“When I was 14 years old, I did a commercial, and I had to get my SAG card and they asked me, ‘What do you want your name to be?’ And I was like, ‘Well, it should be my name. My name’s Anne Hathaway.’ So that seemed like the right choice, but it never occurred to me that for the rest of my life, people will call me Anne. The only person who ever calls me Anne is my mother and she only does it when she’s really mad at me,” she said on “The Tonight Show.”

For many years, Thandiwe Newton went by a stage name that she didn’t even select herself. Instead, it was actually a misspelling of her real name that accidentally got used in the credits of her 1991 movie “Flirting.” For 30 years, Thandiwe acted under the name “Thandie Newton” before she was able to finally make things correct in the public eye.

“That’s my name. It’s always been my name. I’m taking back what’s mine,” Thandiwe told British Vogue, adding that the name means “beloved” in Shona, a language spoken in her mother’s native Zimbabwe.

Emma Stone’s real name may not be too different from her stage name but she still wishes she could change it back sometimes. The actress, who was born Emily Stone, had to change her name when she went to register at SAG and it was already taken. The then-16-year-old settled on Riley Stone but six months later, she returned and changed it to Emma Stone.

“My real name is Emily Stone, but when I started acting, that name was already taken by another actress, so I had to come up with a different one. For a 16-year-old, picking a new name is an interesting prospect, and back then I said, ‘I’m now going to be Riley Stone!’ So, for about six months I was called Riley. I landed a guest spot on ‘Malcolm in the Middle,’ and one day they were calling, ‘Riley! Riley! Riley! We need you on set, Riley!’ and I had no idea who they were talking to. At that moment, I realized that I just couldn’t be Riley. So I became Emma. But I miss Emily. I would love to get her back,” Emma told W Magazine. 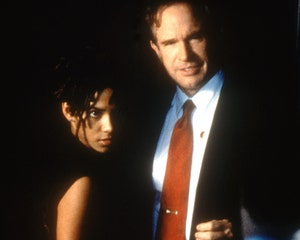 11 Movie Couples That Actually Had Over 20 Year Age Gaps

Nicki Minaj always thought she would use part of her real name, Onika Tanya Maraj, when she began her career in music. While she knew she wanted to use the name Nicki, which she was called at home, she also wanted to go by her last name Maraj. Unfortunately, her producer thought the name “Minaj” sounded better.

“Somebody changed my name. One of the first production deals I signed, the guy wanted my name to be Minaj and I fought him tooth and nail. But he convinced me. I’ve always hated it,” Nicki told The Guardian.

Kid Rock, who was born Robert Ritchie, regrets his choice when it comes to his stage name. He’s even gone as far to say he’s never heard a worse name.

“It’s the worst name in the world. The only person that had a dumber name than me was the Fresh Prince. Hey, it sounded like a cool rap name when I was sixteen. But it stuck, and now it’s me. I’ll be an eighty-year-old man — ‘call me the Kid,'” he told Esquire.

Bow Wow chose his stage name when he was just a kid but as he got older, he realized it no longer reflected him. While he first simply removed the “Lil” from his name, he later went on to request that he be called by his given name, Shad Moss.

“I will no longer go by Bow Wow! I’m going by my real name Shad Moss. We made a lot of history as Bow Wow. Now it’s time for the next chapter and challenge. Bow Wow does not fit who I am today. Ima father, businessman, TV host, actor, and rapper! Time for Mr. Moss to take over,” he wrote on Instagram.

Lil Xan’s stage name derives from Xanax, a drug he was formerly addicted to, so when he got sober, he felt it no longer fit him. Before going to rehab, the rapper explained that he was planning on letting go of the name and being referred to simply as Diego, his given first name.

“I want to do rehab, so I can get over this last little hump…My goal is to come out of rehab with the name just Diego all caps…No more celebrating, talking good about drugs and all that,” he told TMZ.

J. Cole, who was born Jermaine Cole, actually had a different stage name before selecting the one he’s used for the past two decades. As a teenager, he was mentored by a local rap group who helped him choose the name Therapist. He eventually decided he didn’t like the name and went on to change it to J. Cole.

“A few years later, I realized Therapist sounded like a wrestler’s name. You know, like an alias. It didn’t feel real…J. Cole felt like my real name…It didn’t feel like I was trying to be anything,” he told MTV. 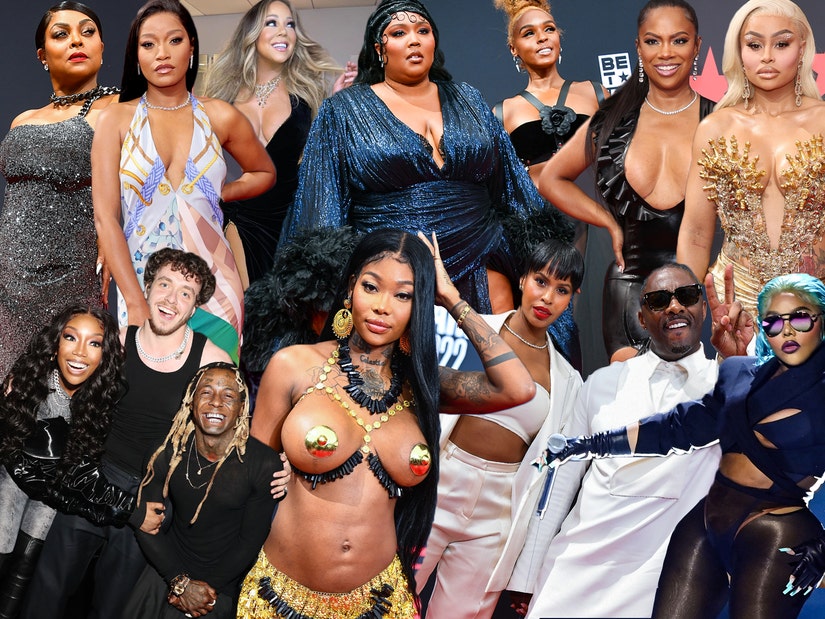