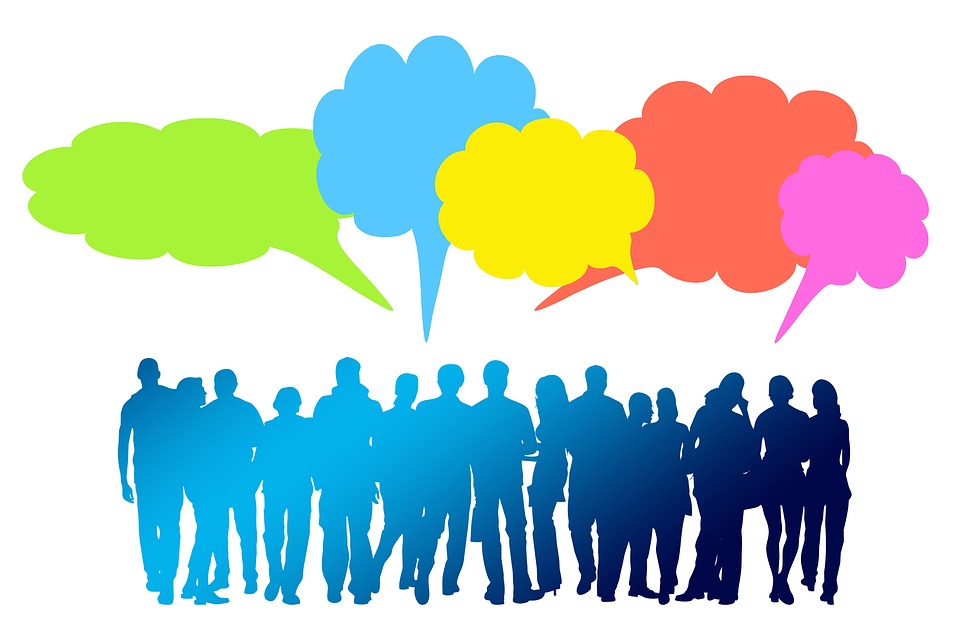 From the turmoil in digital currencies and rising complexity for information technology departments to advances in machine learning and continued challenges in cybersecurity, 2022 proved to be busy year in the technology world. Hundreds of interviews on theCUBE, SiliconANGLE Media’s live streaming studio, and SiliconANGLE’s ongoing news coverage of major tech events provided a bountiful source of commentary. Here are a few of the more memorable quotes from 2022:

“The simplest way to think about us is if you’ve got cryptocurrency, you bring it to us and we give you yield, which is a different way of saying interest, just like a bank would. Celsius will give you something like 10%, 15% and sometimes 17% APY. You can also take a loan for as little as 1% interest.” – Tushar Nadkarni, chief growth and product officer at Celsius Network LLC, during a panel discussion at CES in January. Celsius filed for bankruptcy in July.

“Don’t panic, boss, but it’s only about 70% to 80% of the software in our enterprise that is third-party open-source software. In the modern era, that means building on open-source packages and technologies across a whole slew of languages and ecosystems. We use all of it here boss, and we don’t have a business unless we do.” – Donald Fischer, co-founder and chief executive officer of Tidelift Inc., during an interview in January for the AWS Startup Showcase: Open Cloud Innovations event.

“In the world of machine learning, it’s Day One. We just woke up, and we haven’t even had a cup of coffee yet. It’s that early.” – Swami Sivasubramanian, vice president of database, analytics and machine learning at Amazon Web Services Inc. during an interview in January for the AWS Startup Showcase: Open Cloud Innovations event.

“5G comes with a tremendous amount of value and benefit, but it also comes with inherent technology complexity. Our most important priority in this journey is to keep it simple for the enterprise, make it intuitive, and trust it from day one.” – Masum Mir, vice president and general manager of the Mobile Business Unit at Cisco Systems Inc., in a conversation with theCUBE during the “Cisco: Powering Hybrid Work” event in March.

“There are 7 million cellular base stations in the world, and every one of those is becoming a datacenter. The edge is rapidly developing. This next decade is going to be about that intelligent connected future.” – Michael Dell, chairman and chief executive officer of Dell Technologies Inc., during an interview with theCUBE at Dell Technologies World in May.

“It’s finding your people, finding the community that resonates with you, and it’s different for everyone. In this Web3 space, you get to come up with your own identity. Who doesn’t want to be a Disko Leopard?” – Narelle Bailey  managing director of Verve Events International, during theCUBE’s coverage of the Women of Web3 event in March. The Disko Leopard persona was created by Bailey from the Lazy Lions NFT collection.

“This year there was a clear feeling among women of ‘what can’t I do.’ That feeling was echoed by everyone I spoke with. That confidence is palpable, even when you are doing an interview by Zoom. You can feel it; you can be inspired by it.” – TheCUBE industry analyst Lisa Martin during theCUBE’s coverage of the Women in Tech: International Women’s Day event in March.

“I’m glad I’m not in IT anymore. It is a complex and dangerous world out there, and I don’t envy the IT folks that have to support these modernization and transformation efforts going on inside the enterprise. It’s almost like there is a pseudo level of witchcraft that’s required to support the modern data environment.” – Matt Kimball, senior analyst at Moor Insights & Strategy, during theCUBE’s Analyst Power Panel in March on the future of database platforms.

“My perspective is that 50,000 enterprises are adopting Kubernetes over the next five to ten years, and they are all going through the same exact journey, they are all going to end up potentially making the same mistake, which is they are going to assume that Kubernetes is easy.” – Haseeb Budhani, co-founder and chief executive officer of Rafay Systems Inc., during theCUBE’s coverage of KubeCon + CloudNativeCon in May.

“I tune all of it out and look at what customers are doing. Multicloud exists in a variety of forms, some brilliant, some brain dead. When someone gets on stage from a company and tells me to do a thing that directly benefits their company, I am skeptical at best. When customers get on stage and say this is what we are doing because it solves problems, that’s when I shut up and listen.” – Corey Quinn, chief cloud economist of The Duckbill Group, during the AWS Summit San Francisco event in April.

“When I started my company, Quip, my first phone call was to Marc because I had never sold enterprise software before. Marc is my mentor and my friend.” – Bret Taylor, co-chief executive officer at Salesforce Inc., during a press conference at Dreamforce with company founder Marc Benioff in September. Taylor announced his resignation from Salesforce in November.

“In a Nike store in the metaverse, I still need to understand what the customer prefers and keep up with that customer as they change their preferences. There are more than enough tools to know what happened. There are only emerging tools to tell you what might happen.” – Manyam Mallela, co-founder and head of artificial intelligence at Blueshift Inc., during theCUBE’s broadcast of the AWS Startup Showcase “MarTech Emerging Cloud-Scale Customer Experiences” event in June.

“It was on Peet’s to-go cups and coffee cards handed out by baristas. We are seeing the rebirth of the QR code. They’re back, and they’re here to stay.” – Michelle Lerner, senior director of business management at Branch Inc., during the AWS Startup Showcase “MarTech Emerging Cloud-Scale Customer Experiences” event in June.

“We’re in the midst of the biggest transformation the industry has seen in the last 100 years.” – Scott Miller, vice president of software-defined vehicle and operating systems at General Motors Co., commenting on the In-Vehicle Operating System announced by Red Hat Inc. at its Summit in May.

“You can take Linux anyplace, from the public cloud out to the edge. It’s like continuing to build a beautiful house on a solid piece of ground. It’s the land that matters.” – Stefanie Chiras, senior vice president of partner ecosystem success at Red Hat, during a Summit media briefing in May.

“I grew up on ‘Star Trek.’ The idea of boldly going where no one has gone before was pretty interesting stuff. Space just captivates the human imagination. It just really motivates people, and I was motivated the same way.” – Clint Crosier, director of aerospace and satellite solutions at AWS and retired Maj. Gen. of the Space Force and Air Force, during an interview with SiliconANGLE in July.

“What Databricks did was address the functionality in data lakes to fix the data swamp. Snowflake is building an ecosystem and enabling that ecosystem to monetize inside their Data Cloud. Both companies are addressing their weaknesses and doubling down on their strengths. They are building an AWS-like supercloud.” – SiliconANGLE and Wikibon industry analyst Dave Vellante, commenting in August on the growing contest between Databricks and Snowflake.

“Goldman on top of AWS is an ISV. It’s a SaaS offering. We’re the cloud.” – Adam Selipsky, chief executive of AWS, when asked in November by SiliconANGLE industry analyst John Furrier about whether Goldman Sachs was building a supercloud on top of the AWS platform.

“In the warfare on information, the Ukrainian people have the upper hand, they are the ones controlling the narrative. Right now, it looks like Russia is losing the battle.” – Lior Div, co-founder and chief executive of Cybereason Inc., during a virtual briefing in April on cyber conflict in the Ukraine-Russia war.

“In the security landscape the stakes are high and getting higher. In the new security model, you have to assume that anything talking to a database is hostile.” – Tom Gillis, senior vice president and general manager of VMware Inc.’s Networking and Advanced Security Business Group, during an interview with SiliconANGLE at the company’s “Explore” conference in August.

“There is no perimeter; the perimeter is dead. The ‘new perimeter’ is every transaction at scale. You have to have a new model, and security posture needs to be rethought.” – John Furrier, during theCUBE’s keynote analysis at the AWS re:Inforce security event in July.

“AI will hack humanity unlike anything that’s come before. The hacks don’t even require major breakthroughs in AI. AI systems will hack other AI systems and humans will just be collateral damage.” – Bruce Schneier, lecturer at the Harvard Kennedy School of Government, during a presentation at the RSA Conference in June.

“Deepfake technology has been democratized quickly; it is so cheap and accessible. The tech world spent so much time on how to do it; it didn’t think about should we do it.” – Gunnar Hellekson, general manager of the Enterprise Linux Business unit at Red Hat, in a November interview with SiliconANGLE.

“Much like everything else in security, we figured it out along the way. Now we need a lot more people in the room trying to explain what’s going on, what the unintended consequences of technology are.” – Black Hat founder Jeff Moss in his conference keynote remarks in August.

“Running business as usual is becoming increasingly complex and more difficult to do. If you haven’t looked at the network in the last two years and made changes, you’re out of date. The world has changed.” – Michael Fagan, chief transformation officer of entertainment conglomerate Village Roadshow Ltd., in a December interview with theCUBE during Ignite ’22.

“For the longest time, the cloud was being presented as this false choice between the infrastructure of the past and the infrastructure of the future, like the blue pill and the red pill. We’ve brought into this context the purple pill, which gives you the best of both.” – Manoj Sharma, director of product management for Google Cloud at Alphabet Inc., during theCUBE’s coverage of VMware Explore in August. In the 1999 sci-fi action thriller “The Matrix,” a character must choose between taking a red pill to learn a life-changing truth about the future or a blue pill that will keep him in blissful ignorance.

“I really should have taken the blue pill.” – Amazon.com Inc. Chief Technology Officer Werner Vogels, during AWS re:Invent in December, following his appearance in a “Matrix” parody video.