Tish Cyrus is taking a second stab at love!

The 55-year-old manager took to her Instagram Story this week to celebrate her new relationship with “Prison Break” actor Dominic Purcell, more than seven months after filing for divorce from Billy Ray Cyrus.

She shared a photo of the couple sharing an embrace by a pool in an undisclosed location. “Thanks for the cute photo @Vijatm,” she captioned the post, tagging the 52-year-old “Prison Break” star’s Instagram handle and adding a heart emoji. 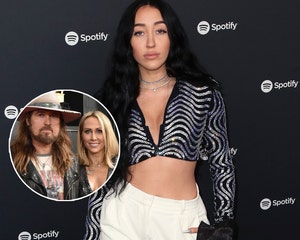 Fans have speculated that the two have been more than friends for several months. Back in August, Tish left a flirty comment under his Instagram post, writing “Hi babe.” His response? “Hi love.”

The social media debut comes shortly after Billy Ray, 60, confirmed his engagement to Australian singer Firerose, 34, after he popped the question back in August.

“Billy looked at me and said, ‘Do you, do you wanna marry me?’ And I was just like, ‘Of course I do. I love you,'” Firerose told PEOPLE. “He said, ‘I love you. I wanna make this official. I wanna be with you forever.'”

While proposing to the singer, the “Hannah Montana” star didn’t get on one knee, and there was no engagement ring. However, Firerose noted that she later chose her own ring, which she also designed.

Back in April, TMZ first broke the news that Tish had formally filed for divorce from Billy Ray after nearly 30 years of marriage. According to the court documents obtained by the outlet, Tish filed the documents in Tennessee, citing “irreconcilable differences” as the reason for the couple’s split. The filing read that the couple had been living separately for more than two years. 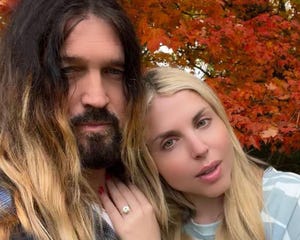 “It is after 30 years, five amazing children and a lifetime of memories, we have decided to go our separate ways — not with sadness, but with love in our hearts,” the couple wrote in a statement to PEOPLE. “We have grown up together, raised a family we can be so proud of, and it is now time to create our own paths. We will always be family and look forward to a continued and loving shared experience as friends and parents.”

The pair then noted that they “have not come to this decision lightly or quickly but with so much going on in the world, we wanted to provide some clarity and closure, so we can remain focused on what is important.”

The message was signed, “With Love and Hope… Tish and Billy Ray Cyrus.”