Toyota has sold a staggering 50 million Corollas since the 1960s. This is one of the very best-selling cars that the planet has ever known. While it’s been a permanent fixture of Toyota’s model range in other markets, it replaced Europe’s unlovely Auris hatchback with the introduction of the current twelfth-generation version in 2018, and caused a stir in the process by showing that Toyota could produce a family hatchback with strong interior quality and practicality, and really creditable driving dynamics too.

The Corolla was introduced with the choice of a conventional 1.2-litre turbocharged petrol engine, or one of two petrol-electric ‘self-charging’ hybrids – although the car’s entry-level petrol option has since been discontinued. That means this car is a little pricier to buy than some of its rivals, and it also means that there’s no way to avoid Toyota’s modern hybrid-car driving experience with it; not that you need be worried about it.

The regular 1.8-litre option is still a little slow in outright terms, but it’s certainly efficient, and more responsive and refined than it used to be. But the upper-level 2.0-litre hybrid powertrain gives the Corolla plenty of performance and good accessible torque, and also puts near-50mpg efficiency within easy reach.

This car now has a chassis good enough to demand the respect of any European car-maker, and at least one powertrain strong enough to give it some useful exercise – and Toyota still hasn’t ruled out a full-fat GR performance version.

Save money with new Corolla deals from What Car? 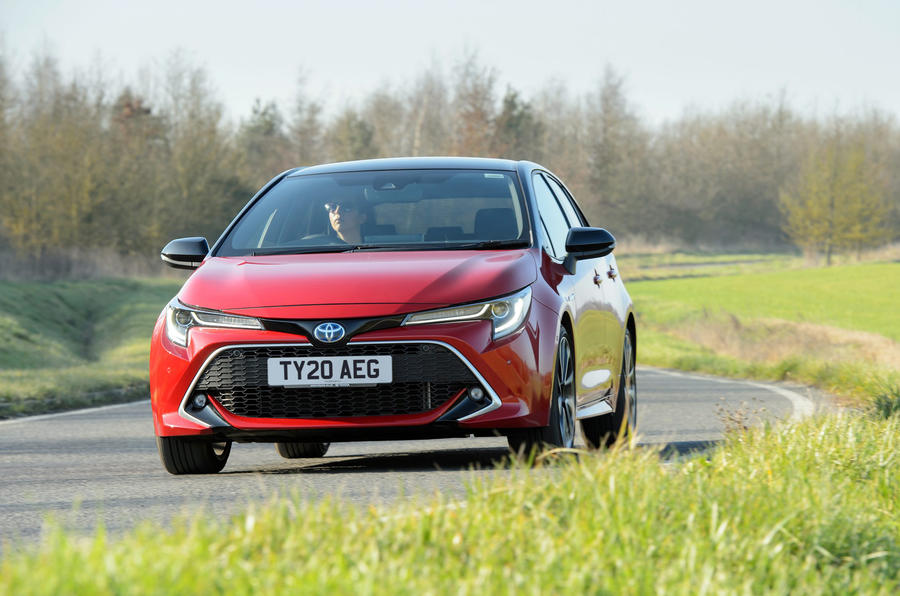 The fourth-generation version the Audi A3 builds on the traits that has historically made it such a success in the family hatchback market: it’s posh, refined, comfortable, good to look at and hugely secure and stable in its handling. It represents a calculated, sensible evolution of the existing formula rather than dramatic revolution – and there’s nothing inherently wrong with that.

Like its Seat, Volkswagen and Skoda siblings, the latest A3 is based on an evolved version of the VW Group’s MQB architecture, with these changes being introduced to make way for a more diverse powertrain line-up that includes both mild-hybrid and plug-in variants. There are all-wheel-drive performance versions of the car in the shape of the 306bhp Audi S3 and the 394bhp Audi Audi RS3, the latter taking the fight to the Mercedes A45 S super hatch.