Yet the CS combines this breathtaking back road ability with an easy-going everyday usability. The reduction in sound deadening means it’s not quite as refined as its lesser bretheren, but it’s not far off and is far from a wearisome long distance companion. This is backed up by the ride, which only feels sportscar firm and focused at very low speed – at all other times it rides with remarkable suppleness and control, as you’d expect from an executive saloon. And of course it’s still a 5 Series, so you get a spacious interior that’s impeccably screwed together, lavishly equipped and crammed with the latest tech.

Any downsides? Well, at the thick end of £140,000 it’s got a price tag to match its talents, but that’s largely academic because, as it stands, the current UK allocation of CS models has already been sold. 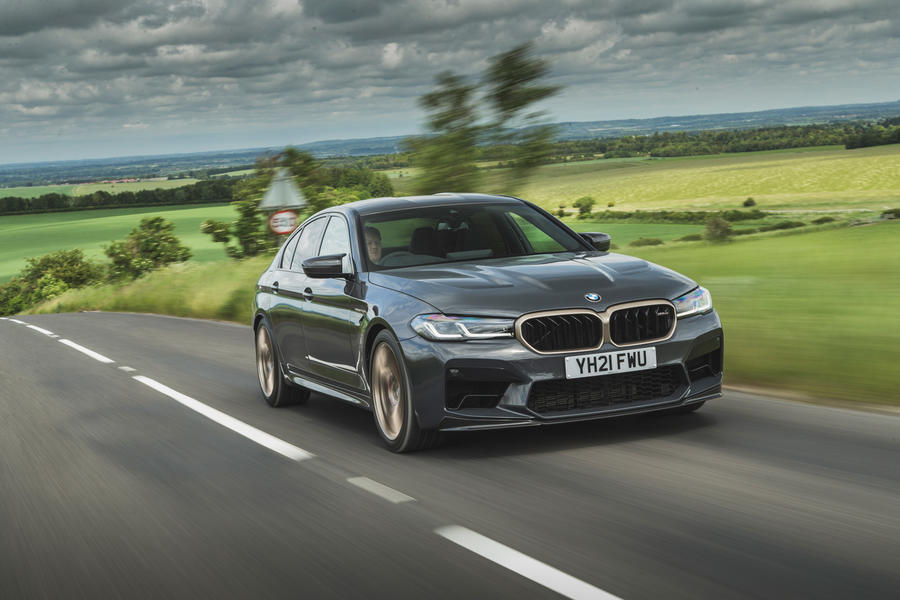 You might wonder why, when we’ve already given the latest B3 the full road-test treatment and awarded it an exceptionally rare five-star verdict, this Alpina doesn’t sit even further up this list.

The short answer is this: the road-test star was the Touring variant, and the B3’s ever-so-slightly more laid-back character in comparison to either the AMG C63 or Giulia Quadrifoglio suit wagon duties to perfection. It means the B3 Touring is simply one of the greatest all-rounders of all time.

However, for an out-and-out super-saloon, the B3’s four-wheel-drive chassis doesn’t grab you quite as hard as the others, though this isn’t to say it does not still grab you very hard indeed. In a first for Alpina’s take on the 3-Series, the new car uses the same straight-six engine as the M3, albeit in a different, lower state of tune. That said, a recent update has seen power increase by 32bhp to 488bhp, while torque has swelled even further to 538lb ft, up from 516lb ft. And it’s that torque in the first half of the rev-range, combined with M-power grunt up top, than gives the B3 its supercar-like turn of pace. The saloon claims 0-62mph in just 3.6 seconds, while top speed is a heady 190mph.

On the move, you’re also treated to Alpina’s comprehensive revisions to the suspension hardware and geometry, torque-split, braking system and steering of the BMW M340i xDrive on which the B3 is based. The result is one of the most sweetly resolved and intuitive performance cars on the road, and one that’s easier to live with than either the AMG or Alfa.