But the car was also a handy weapon on the special stages, too, so we’ve picked its only victory in the World Rally Championship. A year on from Henri Toivonen’s death on the Tour de Corse, Frenchman Bernard Béguin ran a privateer M3 in Corsica and scored his only WRC win, with Jean-Jacques Lenne navigating. More significantly, his success also marked a breakthrough for the British company that built his car: Prodrive. 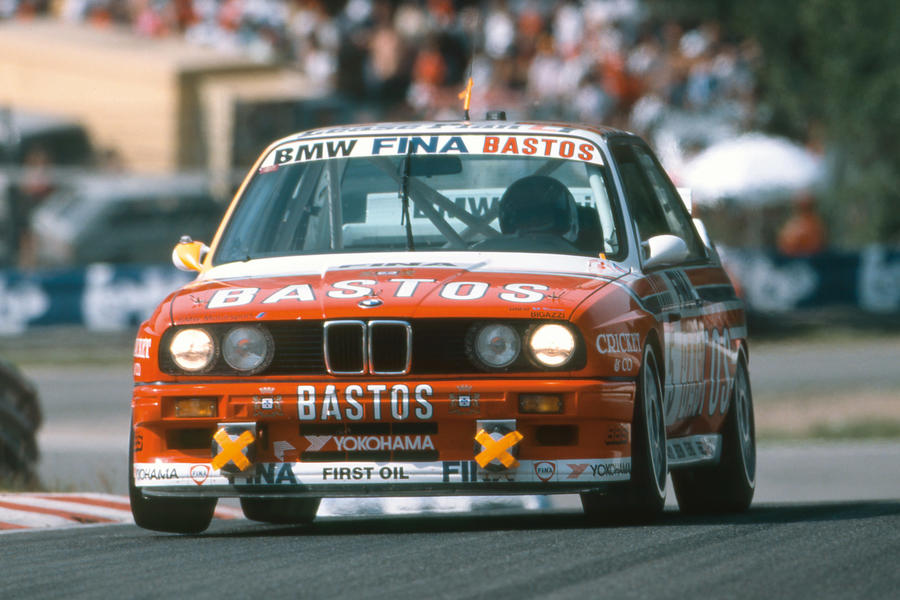 Steve Soper’s Bigazzi M3 crew ran second to the Schnitzer entry from the go, and when he tripped over a backmarker on Sunday morning, the game seemed up – but the team boss insisted Soper get back in for the final stint. With an hour to go, he had closed to within the same lap as the Schnitzer M3 of Eric van de Poele, who was easing to make the finish. Soper kept closing, even turning his lights off to give less warning, and made his move with a lap to go, winning by just 0.48sec – after 24 hours.