There are companies who can help with bringing one over here, and one importer says they will sell you a gladiator for £62,000, but the ones they have in stock start from £71,000. You have to really want one for that money. 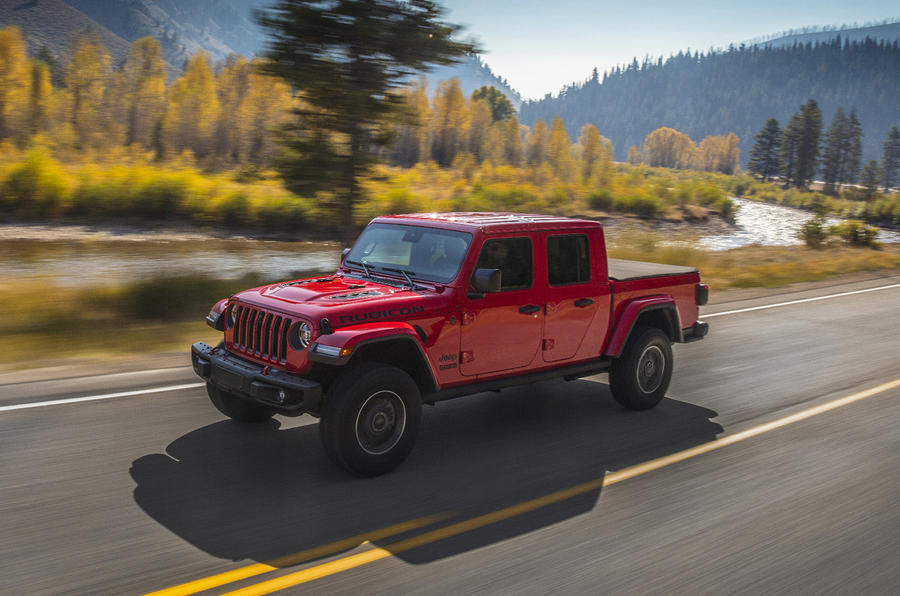 While you’re looking across the pond, you’ll find much excitement around the new electric version of the US’ best-selling vehicle, the Ford F-150. The F-150 pick-up truck really is as American as it gets, but from early 2022, Americans will be able to buy one with that will do up to 300 miles on a charge. At 95.7in wide, or a whopping 2430 mm including the mirrors, the Ford F-150 Lightning still won’t fit down English country lanes properly, but it might be slightly more socially acceptable than the V8-powered F-150s of old.

In the US, it will cost from only $39,974 (£28,200), which sounds like an absolute bargain, given that is what you pay for a well-specced Fiat 500e. Being electric comes with some compromises, however. Due to the prodigious weight of the batteries necessary for any meaningful range, its maximum payload will only be around 900kg. On the flip side, Ford promises a towing capacity of up to 4500kg.

Ford contends the Lightning counters the lower payload with a number of other features that will make it a very useful tool, such as two-way charging. In other words, the Lightning can be used as a portable generator, delivering up to 9.6kW of power, which should be enough to power various tools, or even your house during a power outage.