Toyota has revealed the bZ3 as its second bespoke battery-electric car, which will be powered by advanced batteries supplied by Chinese EV giant BYD.

Set to go on sale next year, the five-seat Toyota bZ3 will be built and sold exclusively in China. It will follow the Toyota bZ4X SUV, which was launched globally earlier this year.

A third model for the bZ series has also been confirmed to be in development, previewed in a low-lit image revealing the roofline of a sleek compact crossover. More details are set to be revealed later this year.

Based on Toyota’s e-TNGA platform, the bZ3 is said to have “responsive performance, with a low centre of gravity and excellent handling stability”. 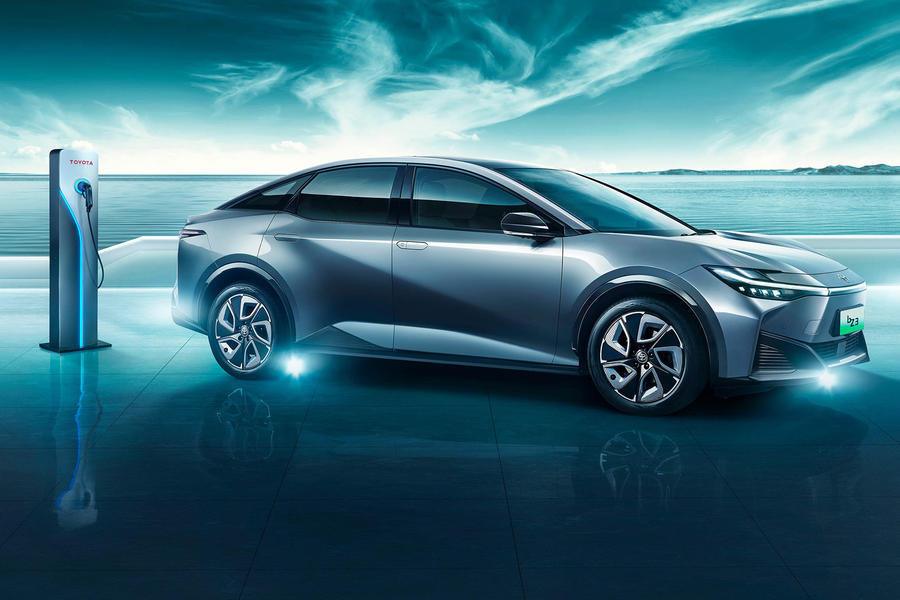 Toyota says the bZ3 provides an ultra-low drag coefficient value of 0.218Cd, with air guides and air curtains found across the saloon’s exterior.

It also benefits from flat door handles, a wind-resistent rear bumper and aluminium wheels, which make it one of the most aerodynamic cars in its class – more so than the Model 3, which has a value of 0.23Cd.

Under the skin sits a bespoke lithium-ion lithium-iron-phosphate (LFP) battery, built by BYD, which has been developed to retain 90% of its charge capacity after a 10-year period.

While Toyota hasn’t revealed specific powertrain details such as performance and charging rates, it claims the bZ3 has a range of around 372 miles.

The interior of the car has been designed with Toyota’s “family lounge” concept in mind, where cars are seen more as a family space than just transportation.