In normal driving, the valve for the large central pipe remains closed for quieter cruising, but flatten the throttle and, once you’re past 4500rpm, it opens wide. The resulting cacophony isn’t especially inspiring, but the pace is.

Up until 3000rpm, you question the claimed sub-5.0sec sprint time – at least until you find a favourite country road (or better still, a track). Then you simply don’t care.

As with its smaller sibling, the levels of grip and traction and the confidence that it endows you with are phenomenal.

However, although it stuns you with how much speed you can carry through corners, the GR Corolla isn’t that adjustable or as agile as the 200kg-lighter GR Yaris. That’s because engineers claim they set the bigger car up to have a very different character, trading nimbleness for great stability.

We’ve levelled similar criticisms before at the GR Yaris. We wish both cars were a little more involving and engaging at road speeds, because on track the GR Corolla is an absolute riot.

Whether you prefer fast and precise or favour to live out your WRC fantasy, trail-brake, left-foot brake, turn-in too hot, big lifts mid-corner or even use the handbrake (that instantly disconnects drive to the rear axle), the GR Corolla doesn’t just cope but also encourages you to have fun and fool around, with the chassis always seemingly on your side. 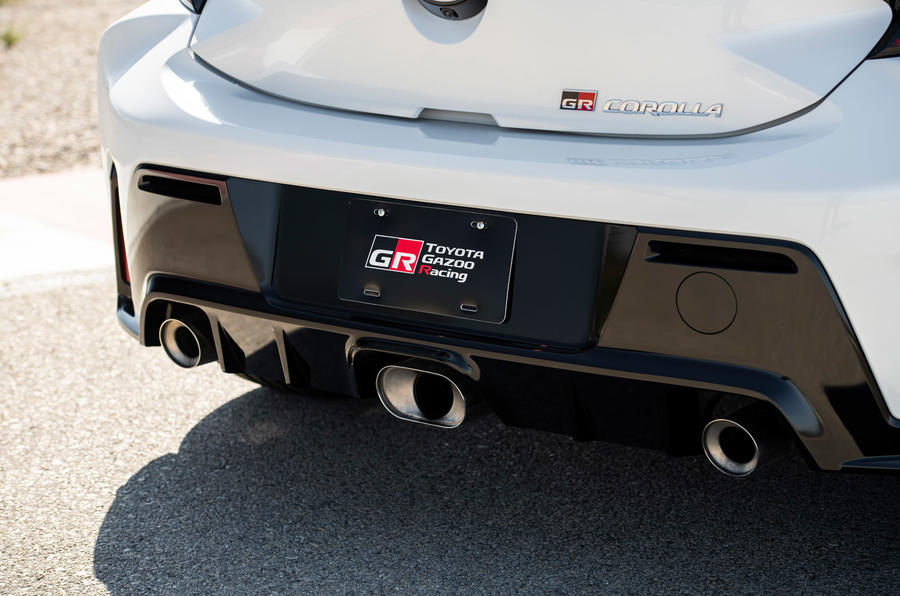