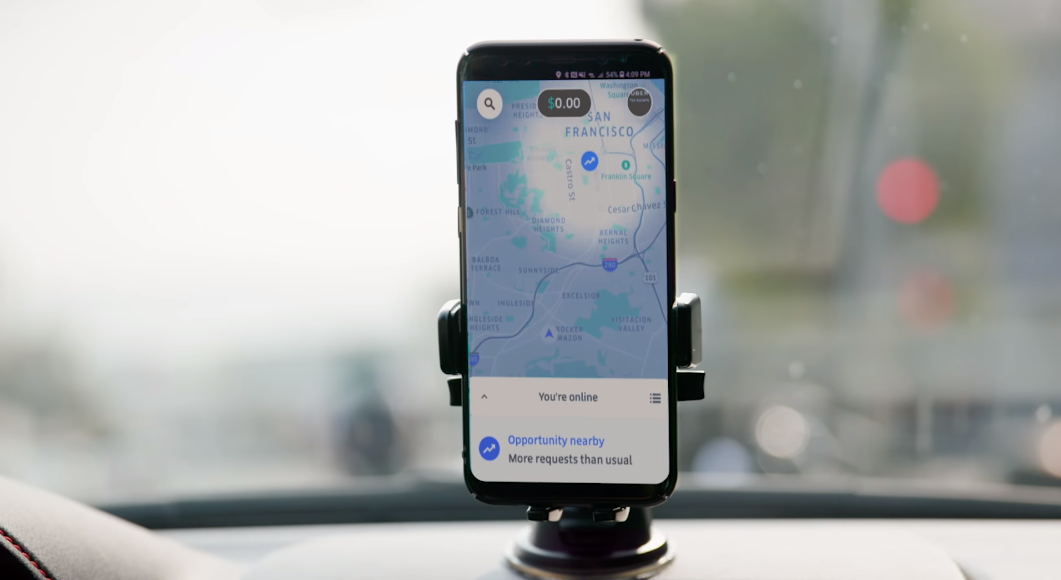 Uber’s second-quarter revenue momentum was the result of multiple factors, most notably increased consumer demand. Gross bookings, a metric that measures the total value of purchases made through Uber’s platform, reached $29.1 billion after climbing 33% year-over-year.

The largest contributor to Uber’s gross bookings is its food delivery business. The business processed $13.9 billion worth of restaurant transactions during the second quarter and grew its revenue by 37% in the process, to $2.7 billion.

Uber’s mobility business, which includes its ride-hailing service, also experienced strong growth in the quarter. The business’ gross bookings increased 55%, to $13.4 billion. Revenue reached $3.6 billion after increasing 120% from the same time a year ago.

Uber’s freight unit grew even faster than its mobility business during the second quarter. The unit, which helps companies such as retailers manage merchandise shipments, increased its sales by a hefty 426%. It closed the second quarter with total revenue of $1.8 billion.

Uber is making significant investments to grow its freight business. Last year, it paid $2.25 billion to acquire Transplace Inc., which provides software that helps companies manage merchandise shipments and perform related tasks. In the second quarter, Uber teamed up with Alphabet Inc.’s Waymo subsidiary to explore how autonomous trucks can be used for freight delivery.

Alongside increased customer demand, several other factors contributed to Uber’s top line growth during the quarter. The company stated that the 120% revenue growth logged by its ride-hailing business was driven primarily by a change to the way it reports driver payments and incentives. Similar changes improved the top line results of the company’s food delivery business.

Uber logged a $2.6 billion net loss in the second quarter. Most of the company’s loss, or $1.7 billion, was related to a revaluation of its stakes in autonomous vehicle maker Aurora Technologies Inc., transportation and food delivery app Grab Holdings Inc. and food delivery provider Zomato Ltd. TechCrunch reported today that Uber plans to sell its stake in Zomato as early as Wednesday.

Uber’s adjusted EBITDA, or earnings before interest, taxes, depreciation, and amortization, fared better during the quarter. The company posted adjusted EBITDA of $364 million, well above the $240 million to $270 million that it had projected in May.

Uber managed to exceed its May projection thanks in significant measure to its food delivery business. The business’ adjusted EBITDA grew by $260 million year-over-year as a result of increased revenue from its advertising service, which enables restaurants to place ads in Uber’s app. The company also realized improved food delivery “network efficiencies” that likewise benefited its second quarter results.

Uber cited “better cost leverage from higher volume” as another factor behind its better-than-expected adjusted EBITDA.

“Last quarter I challenged our team to meet our profitability commitments even faster than planned — and they delivered,” said Uber Chief Executive Officer Dara Khosrowshahi. “Importantly, they delivered balanced growth: Gross Bookings up 36% to a $116 billion run-rate, Adjusted EBITDA significantly above our guidance, and $382 million in free cash flow, all on a platform that’s larger than ever.”

Uber projects that its platform will grow further in the third quarter and reach gross bookings of $29 billion to $30 billion. In the same time frame, the company expects to increase its adjusted EBITDA to $440 million to $470 million.