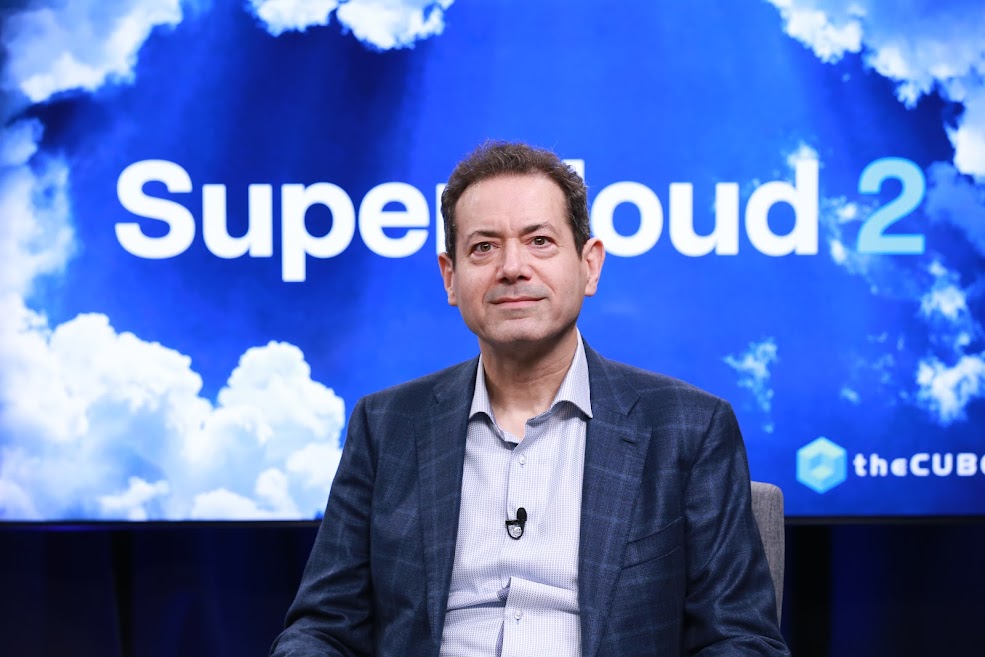 A new breed of data applications is emerging in a highly decentralized infrastructure, and this is transforming how major enterprises build engines in the cloud.

A prime example of this can be seen in Uber Inc., a global service that provides 15 million rides per day. Uber’s data-driven model relies heavily on offline and online analytics for decision-making.

“The user says, ‘I want a ride,’ and then the software goes out and says, ‘OK, we’ve got to match a driver to the rider and calculate how long it takes to get there,’” said George Gilbert (pictured), principal analyst and investor at TechAlpha Partners. “That’s not driven by a form other than the first person hitting a button. All the other stuff happens autonomously driven by data and analytics. You are describing entities in the real world — riders, drivers, routes, cities — that are all defined by data.”

Gilbert spoke with theCUBE industry analysts Dave Vellante and John Furrier at the Supercloud2 event, during an exclusive broadcast on theCUBE, SiliconANGLE Media’s livestreaming studio. They discussed how new approaches used by major enterprises, such as Uber and Walmart Inc., are redefining the cloud data landscape. (* Disclosure below.)

The process of hailing a ride illustrates how engines to access and define data for creating action are reshaping architectures in the cloud. Most applications today codify forms or business processes. But there is growing momentum behind application tools in the cloud that can orchestrate people, places or things. An example of this can be seen in the work of dbt Labs, a Philadelphia-based data analytics startup that is creating a development framework built on the modern data stack. By adding a semantic layer to describe data, dbt Labs is seeking to build new bridges between data science and data analytics.

“Instead of working in technical data terms where you’re dealing with tables and columns and rows, you’re dealing instead with business entities, using the Uber example of drivers, riders and routes,” Gilbert said. “Dbt will be able to define those progressively in richer terms.”

Through the use of new tools for orchestrating data, enterprises will be able to leverage stateful and stateless architectures, where data is stored or not stored, in different ways. Retail giant Walmart is building its own supercloud, the Walmart Cloud Native Platform, to integrate key cloud services in the management of its extensive business.

“What is most interesting about the Walmart Cloud Native Platform is where logic could run in these stateless containers and maybe eventually serverless functions,” Gilbert said. “The stateful part of the apps are in VMs. If they really want to lift their supercloud layer off their different provider’s infrastructure, they are going to need a much more advanced software platform that manages data.”

For Walmart, that advanced platform is based on an approach it calls the “triplet model.” One premise of supercloud is to provide an abstraction layer to allow the movement of data seamlessly between public and private clouds or out to edge nodes. Walmart has positioned combinations of these three environments strategically around the U.S. to achieve maximum flexibility in using data to service workloads.

“Triplet is where they want things to move fluidly between data centers,” Gilbert said. “People have said: ‘We’ve got to get our data in order.’ Getting that data in order means building an integrated view of all your data landscape which is coming out of your applications.”

Walmart’s and Uber’s innovative approach to managing enterprise data highlights a central role for the knowledge graph, technology that combines AI, virtualization and graph to unify disparate data into a meaningful, real-world context.

“You extract data from all of your operational systems and put it in one, giant central place,” Gilbert said. “Eventually, you want this, whether you call it a fabric or a mesh, to be all the data that describes how everything hangs together in one big knowledge graph.”

A new breed of data applications is leading to significant changes in how organizations structure cloud operations. While data will still need a place to be stored, the engines around it are undergoing a dramatic transformation.

“You’ll never get rid of the data warehouse or the equivalent engine in a Databricks data lakehouse, but it’s a new engine that manages the thing that describes all the data and holds it together,” Gilbert noted. “That’s the new application platform.”

There’s much more on supercloud at theCUBE’s Supercloud2 event page.