A few years ago, the companies that produce many of the major components for car makers, such as transmissions, recognised that a new, potentially lucrative market was about to emerge.

Although not in need of a traditional multi-speed transmission or driveline, manufacturers would still need some sort of transmission to sit between the motor and the wheels.

That would be fine for the big brands making premium cars with the budget to co-develop electric motor-generators and control systems with specialist suppliers, but what about the small and medium car makers? The answer, tier-one suppliers reasoned, was an integrated electric axle that smaller manufacturers could buy off the shelf and incorporate into their EV design without any fuss and far less cost.

Pretty soon, the first examples began to appear, and following the basic mechanical package, the integrated solution including the controller, inverter and the means to integrate the software with the car. Enter the three-in-one electric drive unit (EDU).

Tier-one supplier Schaeffler recently announced what it calls the “next step” in integrated EDUs from three-in-one to four-in-one. The new design addresses what has become the latest big thing in EV development: thermal management.

Electric drivetrains use energy incredibly efficiently compared with ICE ones, but they still suffer some losses. The most important one of those is heat, generated by electrical resistance in cables, motors and electrical circuits. For ‘heat’, read ‘waste’, because it’s created by converting electrical energy into thermal energy – and the bottom line in the case of an EV is reduced range.

The update on the new axle has been to integrate a thermal management system directly into the EDU, hence the four-in-one tag.

One way of neutralising the effect of energy wastage through heat generation is to use that heat where it’s needed, rather than just allow it to escape to the atmosphere. In that way, it’s replacing heat that would else need to be generated using energy from that battery, so it’s a win-win recycling situation.

The axle has an intelligent control system that manages each individual component, such as the motor and power electronics, and integrates with the vehicle systems to use the waste heat for warming the cabin or preconditioning the battery to the correct temperature prior to a rapid-charging stop.

The integration of the drive system into one complete unit also means less energy is lost as heat through unnecessary hoses and high-voltage cables.

The end result is that the bare minimum of energy delivered for motive power is lost. And as Schaeffl er says, every last percentage point saved translates into additional range. 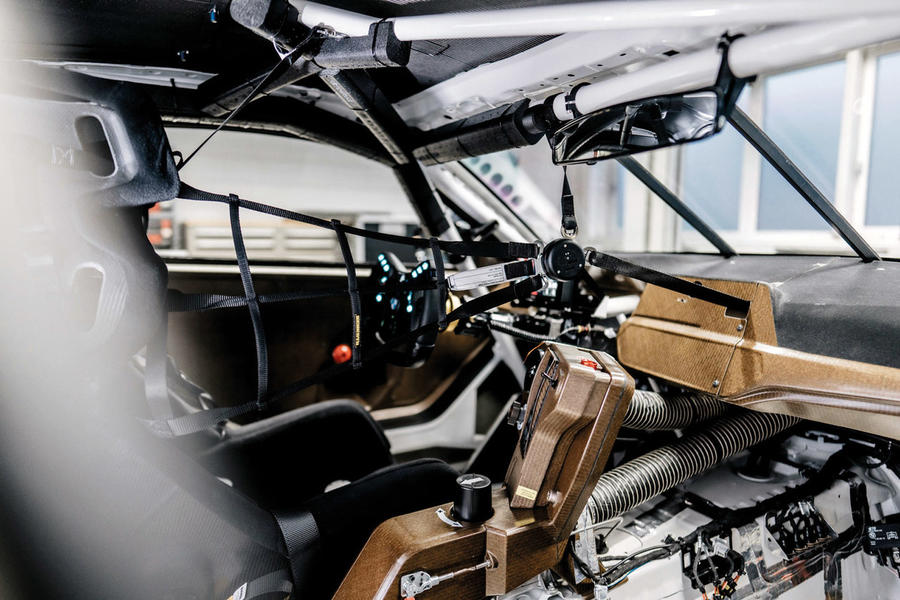 BMW has replaced a high proportion of the carbonfibre components in its new GT4 race car with BComp’s new flax-based composite material. Apart from a significantly reduced carbon footprint, the organically sourced fibres are softer and more flexible than carbonfibres, making the material safer should it be broken up in a collision.