Meanwhile, VW battery partner Northvolt said in late November it could delay plans to build a factory in Heide, northern Germany, as it re-evaluates plans in light of the generous US subsidies, Bloomberg reported.

The anger at the US move has hit the top levels of European governance. A recent joint statement by the French finance minister, Bruno Le Maire, and his counterpart in Germany, Robert Habeck, called for a similar scheme. “We want to coordinate closely a European approach to challenges such as the United States Inflation Reduction Act,” it read.

They announced a working group to accelerate co-operating on hydrogen technologies as well as expansion of the Important Project of Common European Interest (IPCEI), which has been pouring money into localising the battery value chain.

China has been pushing its own form of protectionism, with measures including the application of relatively high tariffs of 15% for vehicles imported into the country.

Those European car makers without substantial local Chinese production interests to protect have been vocal that Europe raises its tariffs from the current 10% to level the playing field.

“We should ask the European Union to enforce the same conditions in Europe for Chinese manufacturers under which we, the western manufacturers, compete in China,” Stellantis CEO Tavares told journalists at the recent Paris motor show, where Chinese car makers like BYD and Great Wall were conspicuous.

China’s strength in batteries is starting to make itself felt in Europe. Through August, almost a fifth of all electric cars registered in Europe were Chinese built, Jato Dynamics reported, with only Germany building more for the region.

That Chinese battery cost advantage can be seen in the new MG 4 EV, which starts at £25,995, compared with £36,990 for an almost comparable VW ID 3, thanks in part to the cheaper battery chemistry from supplier CATL. 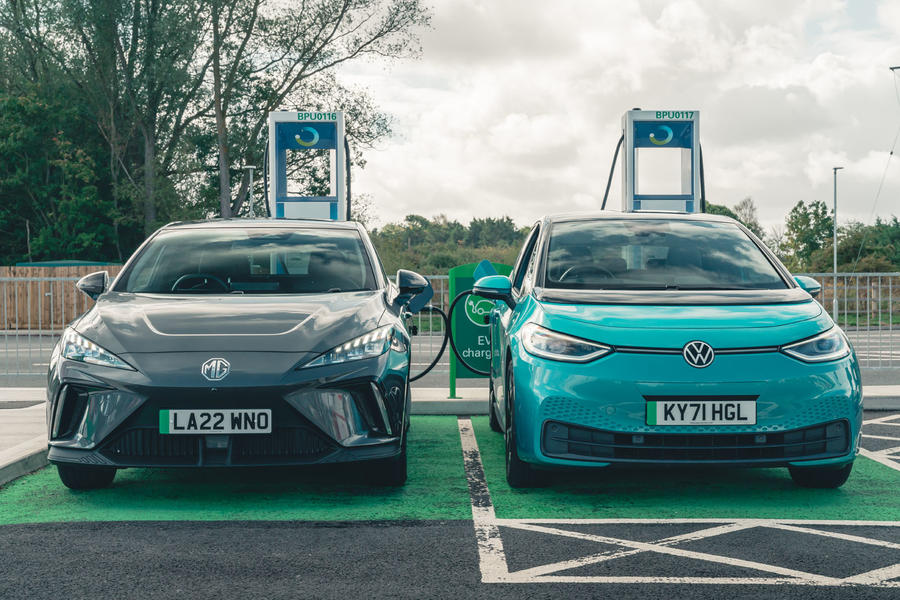