The Evo I packed 207bhp and is set apart from earlier Integrales visually by an even wider track and arches, as well as a more aggressive wing.

Then 1993’s Evoluzione II arrived with a final bump in power, to 212bhp, and larger wheels (16in against 15in of previous Integrales). 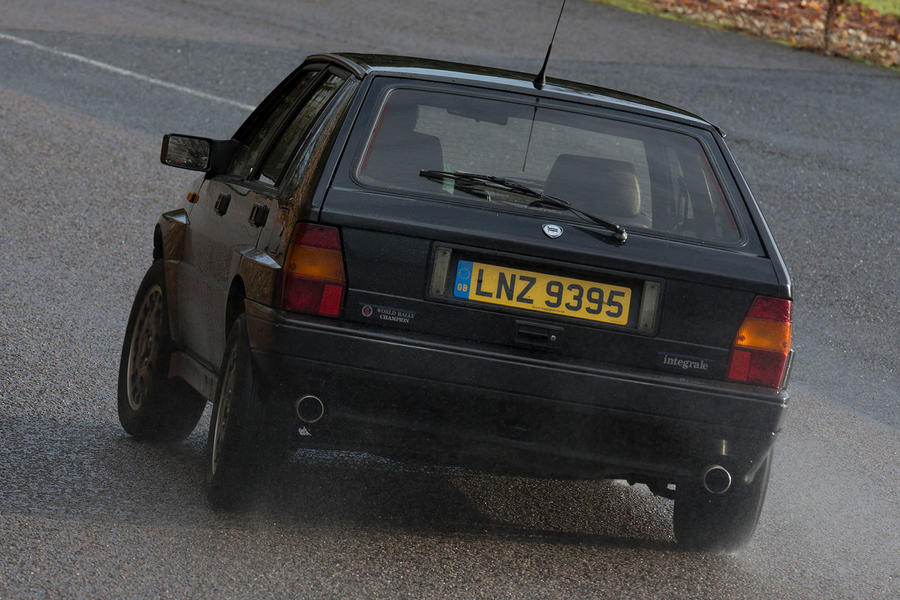 Generally, the later the car, the more desirable it is, and while you’d have no trouble spending upwards of £100,000 on an Integrale, it doesn’t have to be that way. In fact, you’re only £25,000 away from owning a rally legend. ‘Only’, of course, being contextual.

Because at least another £50,000 would be needed for a later Evoluzione car, the sensible money may well be on the eight-valve and 16-valve models, whose value has not yet risen to quite the same lofty heights. As worldwide demand grows, and many UK Deltas are being exported to the US and Germany, prices can be expected to continue to rise, so grab one while you can.

18th February 1988: “Sublime steering allowed exceptional control, while turn-in was amazingly sharp. Flooring the throttle at an apex called up one bar of overboost, but we never came close to breaking traction.”

Mike Joyce: “I bought my Integrale Evo ll in 2004 for £25k, and I’m quite sure it’s worth a lot more than that now, so it has been a terrific investment. I’ve had great fun with it, covering about 4000 miles a year. My advice would be to buy the best you can afford and avoid the right-hand-drive conversions because they changed the whole character of the steering with a different rack and they have quite a bad reputation. Parts generally can be really pricey, too, so do shop carefully.”