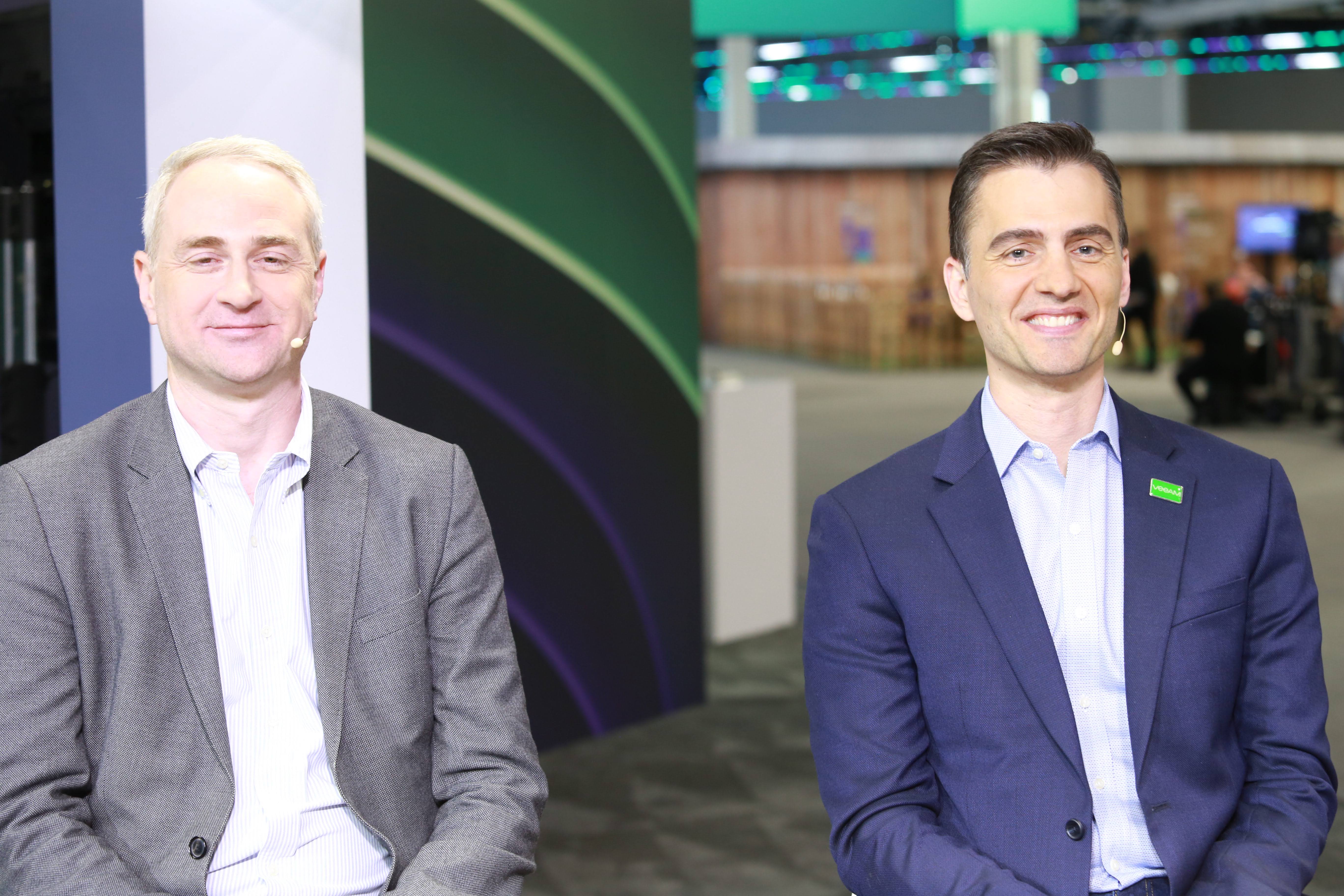 Following a history of collaboration spanning over a decade, Veeam Software Inc. and Hewlett Packard Enterprise Co. have succeeded in bringing several innovations in cloud data protection technology to customers — with even more on the horizon.

“It has been a big alliance for us over 10 years; fantastic integrations across the board,” said David Harvey (pictured, left), vice president for strategic alliances at Veeam. “At 2019 Discover, we launched with GreenLake at that event, and we’ve seen fantastic growth. What we are excited about is the continuation of the movement of the customers’ buying patterns in line with HPE’s portfolio and that of Veeam.”

Harvey and Danny Allan (pictured, right), chief technology officer of Veeam, spoke with theCUBE industry analyst Dave Vellante at HPE Discover, during an exclusive broadcast on theCUBE, SiliconANGLE Media’s livestreaming studio. They discussed Veeam’s view on the growth levers and market opportunities from its partnership with HPE. (* Disclosure below.)

Veeam unveiled the 12th version of its Backup & Replication solution in May, with features like centralized visibility in K8s, increased immutability controls, and direct writes to object storage. This release, alongside v11 and others before it, has been co-engineered with HPE.

“It’s another signification about the relationship. Every single release we’ve done has had HP at the heart of it,” Allan said. “And the same thing is being said with v12. It shows to our customers the continual commitment.”

On the delivery model front, there still seems to be demand for a mix of CapEx and as-a-service flavors — with Veeam helping HPE Greenlake deliver on the latter, according to Allan.

“Our technology, it doesn’t just do backup. It does backup for a multitenant, multi-customer environment that does all of the multitenancy, billing and chargeback as part of that service,” he stated.