Their Hollywood apartment had “roaches everywhere” … and girls always going out the window.

The ’80s were definitely a wild time for Mötley Crüe — so just imagine living with them!

In this exclusive sneak peek from Reelz’s “Mötley Crüe’s Vince Neil: My Story,” Vince and Tommy Lee open up about living together in a shared Hollywood apartment just off the Sunset Strip back in the day.

“What we’d do is play the Whisky a Go Go and say, ‘Everyone come back to our place for drinks!’ and we would be like the Pied Piper, hauling 200 people up this street to the apartment,” said Neil, revisiting the street on which they used to live.

“We lived in that apartment for a little less than a year but the police had kicked in the door so many times, it wasn’t on hinges anymore,” he continued. “We had to stick it in with pieces of cardboard to shut the door!”

He said their parties would be “packed” and filled with people “from every walk of life” — from their fans to rockers from Def Leppard, the Scorpions and David Lee Roth. “It’d be the rock ‘n roll elite, posers and regular people,” he said — before claiming that their door even “fell on David Lee Roth’s head while he was snorting coke” once.

“We didn’t really have any food, unless we had girls who would bring us over groceries, we didn’t have anything,” he continued. “It was fine, you’d be done with one girl, they’d go out the window and another would come in the door!”

It wasn’t only women coming in and out of the apartment though — the band also shared the pad with some uninvited insects.

“Roaches everywhere because we never would take our trash out,” said Tommy Lee. “We’d take the trash, open the sliding door and throw the trash bags on the back little patio. They piled up, we got notices from the health department!”

Airing Sunday, June 26 at 8pm ET / 5pm PT on Reelz, “Mötley Crüe’s Vince Neil: My Story,” the doc promises to give “viewers exclusive insight into his wild ride to fame and its many bumps in the road.”

“In candid and fresh interviews with never before heard stories Neil details what led him to music, the formation and early days of Mötley Crüe, surviving the hardest of party days and how he navigated the road to super stardom,” reads a release. “Neil also gets candid about his much publicized setbacks from the heartbreak of losing a child to being arrested for driving under the influence and causing a crash that killed a friend.”

In addition to Lee, Nikki Sixx will also appear in the doc, as will Neil’s son and daughters. 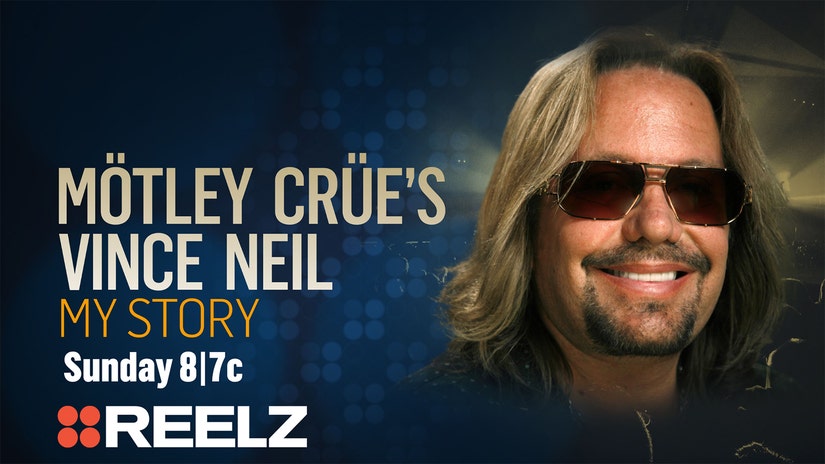