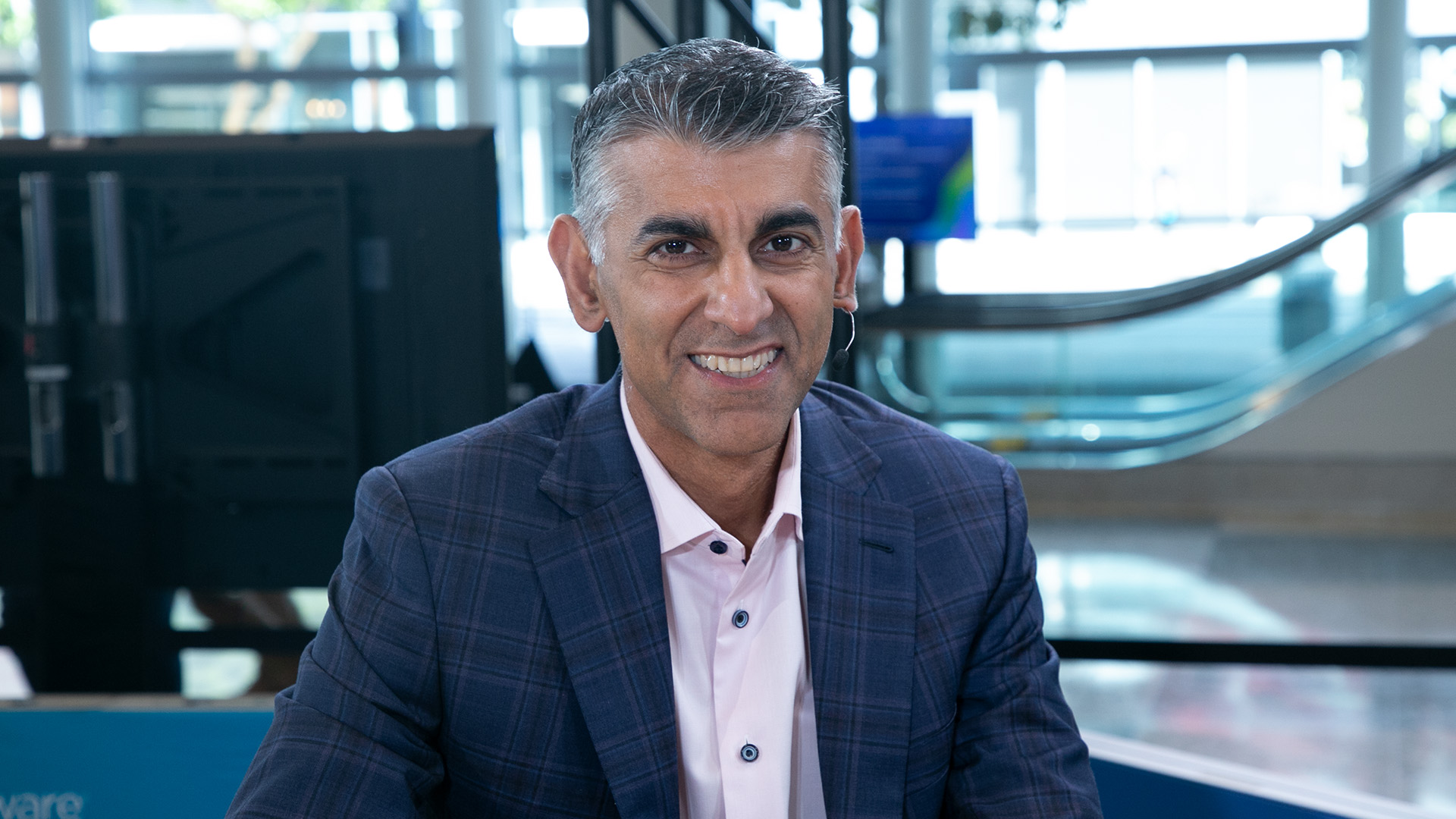 If we look back to last year, VMware Inc. was one of the first companies to acknowledge the cloud chaos currently underway and work toward easing that pain point with its cross-cloud solutions.

Now, the company is doubling down on that mission by updating its offerings and strengthening partnerships to better cater to the enterprise’s needs of simplicity, coherence and consistency across multiple clouds.

“Starting with a cloud-first approach … is absolutely the right approach,” said Sumit Dhawan (pictured), president of VMware Inc. “There’s an inflection point. And that’s when you have to converge these because the use cases are where stakeholders — this is the lines of businesses — app developers, finance teams and security teams, they don’t need this stove-piped information coming at them.

The multicloud inflection point: What’s next?

New enterprise technology paradigms have always led to an eventual inflection point with some form of mounting chaos and complexity. That complexity has to be reined in. And VMware’s announcements during Explore is addressing that complexity, according to Dhawan.

“We are focused on two major things right now, which we have made progress in,” he said. “Number one is technology. Today’s technology announcements have been to directly address how that streamlining of chaos can be done through a cloud-smart approach. Secondly, we have to be independent and provide support for every possible cloud but not without being a partner of theirs. That’s not an easy thing to do, but we have the DNA as a company, as we have done that with data centers in the past.”

The announcements in question span both entirely new products and substantial improvements to existing ones. In the former category is Aria, a new solution unifying infrastructure, applications and services across multiple cloud infrastructures.

The new stuff in detail

Alongside the Aria announcement were new feature enhancements to Tanzu, such as Mission Control, with the ability to register Tanzu Kubernetes Grid and management clusters running in vSphere. Ultimately, the aim is for teams to better manage the lifecycle of their Tanzu K8s workload clusters.

“And then our cloud infrastructure also got newer capabilities with AWS and Azure, as well as with new innovations on vSphere 8 and vSAN 8. And then, last but not least, our continuous automation to enable anywhere workspace,” Dhawan explained.

Alongside the products themselves, VMware has also identified its strategic industry partnerships and commercial relationships as strong assets that must be leveraged toward those multicloud goals, Dhawan added.

“So we are continually building newer innovation and stronger and stronger partnerships with cloud providers, which is the basis of our commercial relationships with Microsoft Azure too, where we have brought Azure VMware Solution into VMware Cloud Universal,” he concluded.