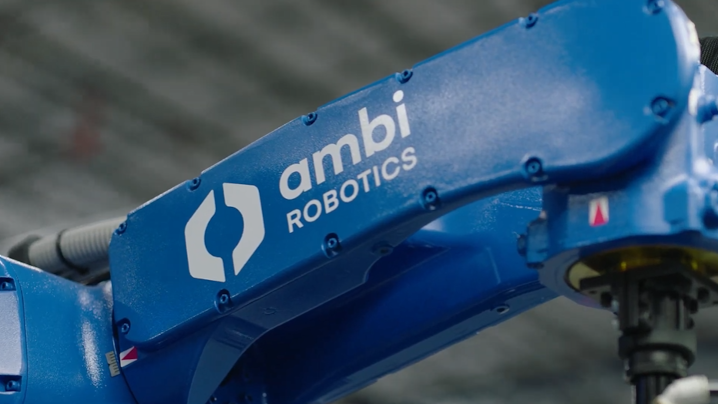 “Consumer shopping behavior is demanding a more modern warehouse,” said Ambi Chief Executive Officer Jim Liefer. “The strains of surging parcel volume shouldn’t rest on the shoulders of the supply chains’ most valued asset – people. It’s humbling to see such sophisticated investors stepping forward and contributing to the success of our mission to empower people to handle more.”

Founded in 2018, Ambi sells robotic arms that companies can deploy at their logistics warehouses to automate package processing. Pitney Bowes earlier this year inked a $23 million deal with Ambi to purchase 80 robotic arms. Pitney Bowes will deploy the systems at its parcel sorting centers, which process packages for companies such as online retailers.

Ambi’s product portfolio includes two robotic arms that are each optimized for a different set of tasks. The startup also provides software that helps companies deploy and operate its robotic arms in their facilities.

To speed up parcel processing, warehouse operators organize the merchandise stored in their facilities by category. A company might, for instance, place electronics in one type of crate and groceries in another. Ambi’s first robotic arm, the AmbiSort, can automatically organize merchandise to reduce the need for manual work.

The startup’s  other robotic arm is the AmbiKit. According to Ambi, it’s designed for situations where a logistics company requires the ability to place multiple items into the same package. AmbiKit can pick up the necessary items from a conveyor belt or a box and place them in the package.

Ambi’s robotic arms are powered by an internally-developed operating system dubbed AmbiOS. According to the startup, AmbiOS makes it possible to deploy its robotic arms in less time than other warehouse automation products require.

Before a robotic arm can be deployed in a warehouse, it has to be configured according to the warehouse operator’s requirements. A facility that processes electronics, for example, has different requirements than a facility focused on online grocery purchases. The two facilities may use different types of crates to store merchandise, or they might contain conveyor belts from two separate manufacturers.

Adapting a robotic arm to a warehouse operator’s requirements can take a significant amount of time and effort. According to Ambi, its AmbiOS operating system speeds up the task. The software makes it possible to train a robotic arm in a simulated version of a warehouse operator’s facilities, an approach that Ambi says is faster than traditional robot configuration methods.

AmbiOS also enables warehouse operators to monitor the startup’s robotic arms after they’re deployed. According to Ambi, its software can help companies identify opportunities to increase the speed and reliability with which parcels are processed at their facilities.

Up to four Ambi-developed robotic arms can be operated by a single warehouse worker. The startup says that its technology allows every worker to process up to 1,200 parcels per hour. Moreover, Ambi claims that its robots perform tasks such as sorting items into boxes with 99% accuracy.

Ambi will use the proceeds from the funding round that it announced today to hire more engineering, customer support, business operations and supply chain experts. The startup also plans to make enhancements to its product portfolio. Additionally, the new capital will enable Ambi to deploy more robots at its customers’ facilities.