Khloe was the last to find out — and exclaimed “What the f— is this?!” in the episode’s final moments.

On Thursday evening, Khloe Kardashian did a live tweet of the most recent episode, which ended with Tristan Thompson’s paternity scandal finally blowing up for the world to see.

As she watched that portion of the hour, Khloe first tweeted about sister Kim clearly having her back as it went down. “Awww my sweet Keeks in the gym scene,” she wrote alongside a tearing-up emoji, “I love you Keeks. #TheKardashians.”

She followed that up by writing, “rewatching this part is uncomfortable but I love and appreciate my family more than I can express. Praise the Lord I have them for the res for my life.”

Khloe also responded to a fan who wrote, “U are such a beautiful soul inside & out & deserve all the love & happiness in the world! So much love & respect to u!” Her reply: “What a sweet and loving tweet! Thank you so much for your beautifully kind words! Sending you so much love and an abundance of blessings.”

She also responded to a ton of viewers who praised her strength and wished her all the best in the future, post-Tristan.

From your mouth to Gods ears ❤️

I love you!! Seriously I do! Thank you for being so supportive and a G! Means a lot to me

I love you baby!!!! Welcome to the club

“Is Tristan like the worst person on the planet?”

That’s the first thing that popped into Kylie Jenner’s mind after Tristan Thompson’s big paternity scandal finally blew up on the latest episode of “The Kardashians.”

In December 2021, news broke that Maralee Nichols was pregnant and the kid was most likely Tristan’s. At the time, he admitted to having sex with her in court documents, while questioning whether he was the child’s father. It was right around this drop that Wednesday’s new hour was filmed.

We’ll have to wait until next week to see Khloe’s reaction to it all, but throughout the episode leading up to the bomb, she seemed in a very good place with both her professional and personal life. 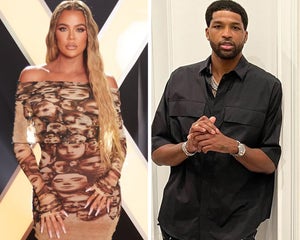 Khloe Kardashian Says No One Sees Tristan Thompson’s ‘Good Sides,’ But Admits It’s ‘F—ed Up’ How She Heard About Paternity Drama

She and Tristan were ready to move into a new home together with True and things were once again going “really well” between them. Speaking with mom Kris Jenner, Khloe said he had been bringing up marriage a lot and they were happy to be in a better place.

“I think we both are excited for this and get out of that toxic place we were in. I believe people should have multiple chances in life, I do,” she explained. “But it takes work and it takes time and everyone has to be patient and not everyone is.”

She added that “marriage is the end goal,” but acknowledged they both still needed to put in some work. “Everything’s in a really good place right now,” she added … until it wasn’t. 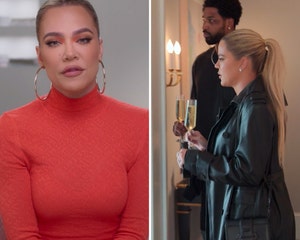 The last five minutes of the episode picked up at 6:30 in the morning, presumably moments after the Daily Mail posted its explosive report. Producers were seen scrambling for cameras, saying, “Guys, let’s get to the gym right now. I don’t know what’s going on” and, more tellingly, “Only important s— happens before 7:30.”

They then walked in on Kim, who was on the phone with someone talking about Tristan’s declaration.

“His whole declaration is in this thing, which says, ‘I slept with her … I’m Tristan Thompson, I met this girl, in Houston, I slept with her on my 30th birthday,'” she said. “So I sent it to him and said, ‘Does Khloe know about this?’ Khloe doesn’t even f—ing know.”

She then hopped on the phone with Kylie, who at first said, “You’re lying” — before adding, “Is Tristan like the worst person on the planet?”

“No, I’m not f–ing lying. I’m shaking for her. My soul kills, dies for her,” Kim responded. “She’s not awake. What’s so f—ing crazy is he wrote a whole declaration. I’m filming right now, but this is always what happens with us, I’m always filming when this happens.” 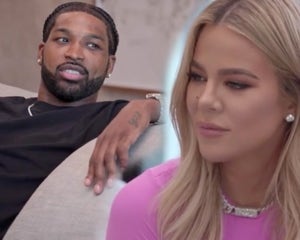 They then merged Kourtney Kardashian into the call as well, as Kim started reading the whole report to both of them, explaining that it came from legal documents where Tristan admitted to sleeping with Nicols.

“He’s asking for a paternity test and admitting he had sex with her,” Kim said. “Khloe threw him his 30th birthday. So he went home from the 30th birthday party, went to Houston to play on the road and then slept with this girl. Khloe’s not answering, she has no idea.”

Kourtney said it was “insane” if Tristan hadn’t spoken to Khloe about this, while making legal declarations about it at the same time. “It’s just insane in general,” added Kylie, “This is just a never-ending like, swirl.”

“It’s never-ending betrayal, is what it is,” said Kourt.

“The whole thing that’s so sad is [Khloe] wants a baby boy and now this girl is having a f—ing baby boy,” Kim then exclaimed, “a f—ing random that he sleeps with one night? F— him. I was so team him.”

Both Kylie and Kourtney agreed Khloe didn’t deserve any of this, as Jenner said, “This has to be her final sign. Like, this is insane.”

Khloe then finally called Kim — but hadn’t seen any of the news reports Kim had sent her. As she went to look at the links, the episode ended with Khloe exclaiming, “What the f— is this?!”

A preview for next week showed Khloe going MIA on a family meeting, before a confessional in which she says, “I wanted Tristan to change. I wanted to trust him.” She’s also seen telling Kendall Jenner, “I’m so anxious, I fainted the other day.” 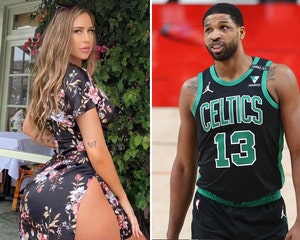