When EMC Corp. acquired VMware Inc. for $625 million in 2004, it was also the first year of VMworld. So perhaps it is only fitting that on the first gathering of VMware Explore in San Francisco this month, an acquisition is again front-page news.

The newly renamed event comes at a time when much of the tech world will be looking for signs of change in the wake of Broadcom Ltd.’s planned $61 billion acquisition of VMware. The announcement of Broadcom’s purchase in May added yet another chapter to VMware’s history, with the virtualization pioneer having been acquired a second time in 2015 as part of Dell’s purchase of EMC for $67 billion and then divested by the parent company last year.

“For VMware, this means a dramatically different operating model, with financial performance and shareholder value creation as the dominant and perhaps sole agenda,” said Dave Vellante, industry analyst for theCUBE, SiliconANGLE Media’s livestreaming studio, in an analysis of the Broadcom acquisition. “For customers, it will mean a more focused portfolio, less aspirational vision pitches, and most certainly higher prices.”

The purchase by Broadcom will be one of several different areas of focus as theCUBE covers VMware Explore August 30–September 1 in San Francisco. TheCUBE’s coverage will include exclusive interviews with VMware executives, partners, customers and analysts throughout the three-day event. (* Disclosure below.) 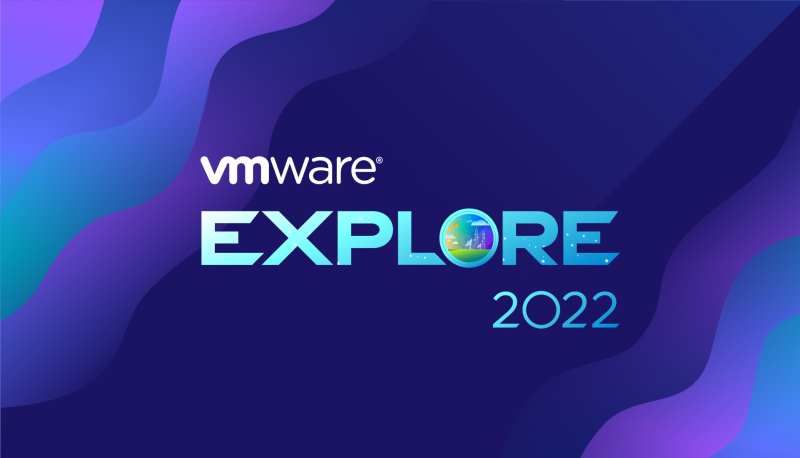 Although the acquisition of VMware by Broadcom has not been finalized, and the European Union has launched an antitrust investigation, there has been plenty of discussion within the industry about the purchase since the formal announcement in late May. This included a statement released this month by Hock Tan himself, president and chief executive of Broadcom, who indicated that the company would re-brand and operate the Broadcom Software Group as VMware, with a focus on enterprise solutions.

There are some who believe that Broadcom’s previous big bets on software, with the purchase of CA Technologies Inc. and Symantec Corp. several years ago, will only strengthen its portfolio when VMware is also factored in.

“Bringing VMware on will give them about a 50/50 hardware-to-software ratio,” said Brad Tompkins, executive director of the independent VMware User Group, in a recent interview with SiliconANGLE. “I think that’s reason to believe – along with their keeping the VMware name – that this is a positive signal.”

Yet there is also reason to believe Broadcom will take a closer look at the various elements of VMware’s business and make changes where warranted. As documented in SiliconANGLE’s analysis after the announcement, VMware’s growth has been under pressure and units such as security offering Carbon Black have shown a drop in spending momentum. The gathering in San Francisco will offer a clearer roadmap for which key elements of its business VMware plans to emphasize.

Two areas of focus for VMware have been its cloud on Amazon Web Services Inc. and the ESXi/vSphere server.

Spending data supplied to SiliconANGLE by Enterprise Technology Research shows that VMware Cloud on AWS has the most market momentum within the company’s portfolio. The integrated cloud offering allows users to migrate on-premises VMware vSphere-based environments to the AWS Cloud powered by Amazon EC2.

In May, VMware Cloud on AWS received a major boost on becoming certified for a higher level of FedRAMP government authorization. In late July, VMware rolled out a series of updates that included extension of the service to the Asia-Pacific region and disaster recovery/stack replication improvements.

VMware ESXi is a bare-metal hypervisor used to partition hardware and consolidate applications. It is a central component in VMware’s product strategy, and analysts believe that Broadcom will focus on maximizing the offering’s full potential in the enterprise.

In previous VMworld gatherings, VMware made a string of announcements around vSphere and ESXi, so the upcoming conference will likely feature news around this core offering.

Less certain is whether VMware will provide insight into the future of Project Monterey. The company’s custom silicon initiative was introduced with great fanfare two years ago as a new approach to deploying and securing data center resources.

“You can put a whole data center on a chip,” said Tom Gillis, senior vice president and general manager of the Network and Advanced Security Business Group for VMware, in an interview with SiliconANGLE at the time of the announcement. “It’s the full VMware stack running on a network interface card.”

The move by major tech players to develop custom silicon has been a theme in recent years. Apple Inc. launched its own custom silicon architecture in 2020. AWS’ work with Nitro and Graviton holds the potential for major changes in system architecture. VMware appeared poised to pursue similar opportunities.

Yet the news surrounding Project Monterey since 2020 has been sporadic. The company announced availability of an early access program during VMworld 2021 and published additional resources surrounding the project in April. VMware executives who spoke with theCUBE during the 2021 event provided a few additional details, and there have been reports that Dell will begin shipping an all non-volatile memory express VxRail system to support Project Monterey.

In an interview published this month, VMware Chief Executive Raghu Raghuram noted that Broadcom does not currently have a SmartNIC. VMware can fill that gap with Project Monterey, but whether it will have the opportunity remains an open question.

Don’t miss theCUBE’s coverage of the VMware Explore event, starting on August 30. Plus, you can watch theCUBE’s event coverage on-demand after the live event.

We offer you various ways to watch theCUBE’s coverage of the VMware Explore event, including theCUBE’s dedicated website and YouTube channel. You can also get all the coverage from this year’s events on SiliconANGLE.

Stay tuned for a complete list of expert guests!

(* Disclosure: TheCUBE is a paid media partner for the VMware Explore event. Neither VMware Inc., the sponsor for theCUBE’s event coverage, nor other sponsors have editorial control over content on theCUBE or SiliconANGLE.)