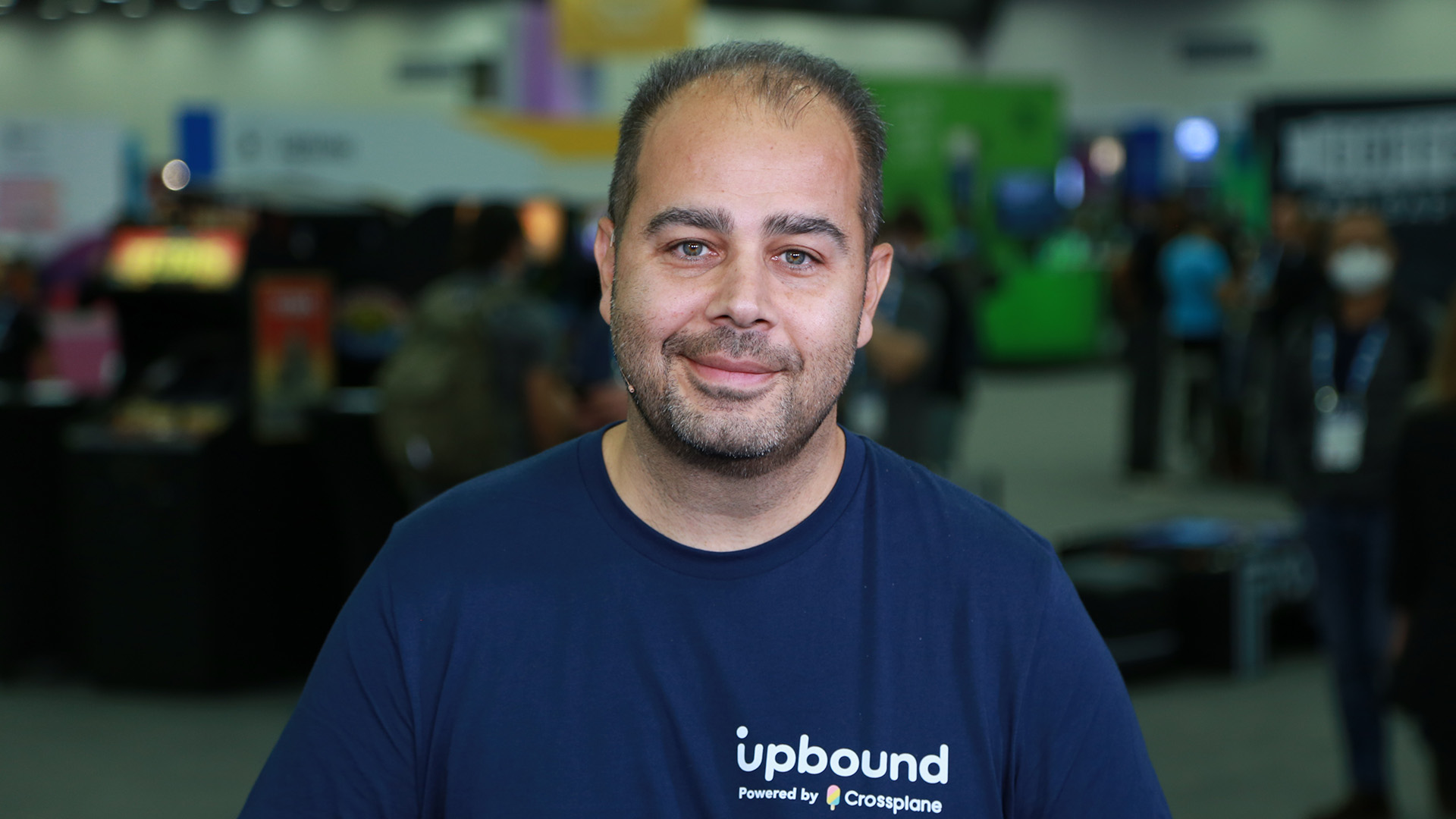 Alongside many mentions in breakout sessions, Crossplane received a shout-out during an energetic keynote from Jonny Langefeld, the well-known engineer from autonomous vehicle company Cruise LLC.

“They mentioned Crossplane, they mentioned Upbound, they mentioned the work that we’re doing in this space to help folks effectively run their own layer on top of cloud computing,” said Bassam Tabbara (pictured), Upbound founder and CEO.

Crossplane’s success is riding on a wave of demand for abstraction of services as companies build internal cloud platforms to meet the demands of managing services provided by multiple cloud providers. Multicloud has become the de facto cloud strategy for the enterprise. Some 89% of respondents in the “Flexera 2022 State of the Cloud Report” are storing data and running workloads in multiple public and private clouds, with the majority adopting a hybrid strategy that includes on-premises data centers and edge deployments.

Most of these multicloud environments have grown organically, as each department chooses services from different cloud providers to meet their specific needs. While this works great for the end users, it’s a kink in the pipeline for DevOps teams under pressure to work ever faster.

Open-source project Crossplane sets out to release the pressure with a productivity platform designed to scale open-source builds for enterprise environments. What will be key is standardization on the Kubernetes application programming interface.

Tabbara spoke with analysts John Furrier and Savannah Peterson at KubeCon + CloudNativeCon NA 2022, during an exclusive broadcast on theCUBE, SiliconANGLE Media’s livestreaming studio. They discussed how Crossplane is supporting the evolution of cloud computing and the shifting responsibilities for DevOps teams. (* Disclosure below.)

With 96% of companies now using, or evaluating using, the Kubernetes container management in their organization, most, if not all, DevOps, DevSecOps and site reliability engineers are familiar with the technology. This makes the Kubernetes API a “really powerful” base on which to standardize, according to Tabbara.

“Everybody’s trying to achieve the same thing. Everybody wants to go faster; they want to innovate faster. They don’t want tech to be the friction to innovation. They want to go from feature to production in minutes,” he stated. “Standardization is a means to achieve that.”

A trend toward standardization is also apparent in the rise of shared services teams or platform teams that are given responsibility for managing infrastructure and offering a self-service experience to developers, according to Tabbara.

“Those teams are all about standardization,” he said. “They’re all about creating things that help them reduce the toil, manage things in a common way, and then offer self-service abstractions to their developers and customers so they don’t have to be in the middle of every request.”

The rationale is that standardization means more automation, more centralization and fewer people involved in the DevOps pipeline, all things that remove friction from the process and enable faster innovation.

“And if you don’t innovate these days, you’re in trouble. You’re out of business,” Tabbara said.

The Crossplane open-source project was created to provide a platform for engineering teams building and operating cloud products and services. It has seen “a ton of adoption” and is now used in “hundreds and thousands of deployments,” according to Tabbara.

“Everybody’s writing these cloud services now. Everybody’s authoring things that look like API services that do things on top of infrastructure. That move very much has a ton of momentum right now, and it’s becoming mainstream,” Tabbara said.

His observations match theCUBE’s coverage of the rise of supercloud, with companies such as Walmart Inc. building internal cloud platforms designed to remove the complexity of managing services across multiple public or private clouds, on-prem, and out at the edge while retaining the scalability and flexibility provided by the hyperscaler primitives.

The mid-October launch of Upbound Marketplace marks the creation of a centralized, freely accessible place for engineers tasked with building internal cloud platforms to collaborate around all things Crossplane: sharing configurations, discovering and publishing providers, and gathering inspiration to build new abstractions.

It is a response to the evolution of cloud computing and the changing role of DevOps engineers as they build “SuperPaaS” layers that abstract away the complexities of operating in multicloud, hybrid environments.

“DevOps initially was ‘How do I keep things running?’ and it transitioned to ‘How do I automate things so that I don’t have to be involved when things are running?’ Now we’re seeing a next turn, which is ‘How do I build what looks like a product that offers shared services or a platform so that people consume it like a product?’” Tabbara stated. “The amount of things you can connect control planes to is increasing on a day-to-day basis, and the maturity’s increasing.”

(* Disclosure: Upbound Inc. sponsored this segment of theCUBE. Neither Upbound nor other sponsors have editorial control over content on theCUBE or SiliconANGLE.)