“I can’t handle this anymore.”

It’s been six years since Diego Luna last ran around the galaxy in Cassian Andor’s space boots — and jumping back into the world of “Star Wars” shape wasn’t as easy as he expected.

Luna will once again portray the rebel fighter in “Andor,” a prequel series to the film “Rogue One,” which itself was a prequel to George Lucas’ original film trilogy. The first 12-episodes, highlighting the rise of the resistance against the Empire, kick off in September — and the show has already been green-lit for a second season, which will directly lead into the events of “Rogue One.”

Speaking with press ahead of the Season 1 premiere, Luna opened up about the reality of returning to the role in his 40s.

“This was like the first or second day I arrived to Pinewood at the very beginning when we were in preproduction and I go to the stunts, where they have an amazing facility and stuff for you to climb jump, fall and roll,” he shared.

“I go, let’s do a simple one, I need to get back into this, and I pretend I was 10 years younger and the next morning I was like, ‘S—, I’m gonna have to quit this show, I can’t handle this anymore,'” he joked. “Every part of my body ached and I felt like I went into a battle and it was just the first rehearsal. I was talking to my family, ‘I don’t know if I’m going to be able to do this, I’ll have to spend the first two months in a chair.’

He went on to credit the incredible stunt team on the series, praising them for doing all “the stuff I can’t do anymore.” 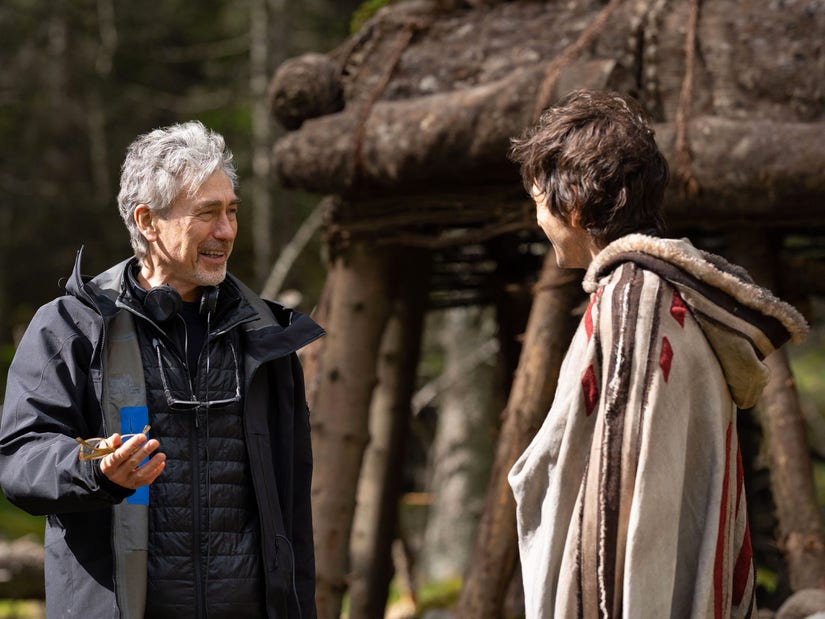 The actor, now 42, said he jumped at the chance to be back in the Star Wars family and once again work with “Rogue One” director Tony Gilroy, who serves for showrunner for the series. Saying it’s been great collaborating with Gilroy, Luna said the series gives them and fans a better chance to really “get to know” his character and understand where he comes from.

“For me, it’s quite relevant to tell a story of what needs to happen for a revolutionary to exist, to come to life, what gives meaning in the life of someone to be willing to sacrifice everything for a cause,” he added. “He talks about a dark past, doing terrible stuff for the rebellion [in ‘Rogue One’], what is he referring to? There’s a lot of material there for us to play, so I was really excited to be able to go into that journey and give those answers.”

He said the series also gives him hope for the world now, as his character starts out as someone “very cynical about life” before he “suddenly starts believing” that change is possible.

“I thought that stories matters too much, it’s a story I would like to tell to my kids, my friends and like to see as an audience,” he added. “It doesn’t matter if we pretend to be in a galaxy far far away, this story matters today, in the world we live in. Otherwise I wouldn’t care.”

While the show clearly has its place in the Star Wars canon, Gilroy told press that the series could very easily be a newcomers “entry point” to the universe and “doesn’t require any prior knowledge whatsoever to get involved.” He added that the hope is to “satisfy and electrify and excite the dedicated fans,” while also introducing the revolution to new viewers.

Joining Luna on the series are Genevieve O’Reilly stepping into Mon Mothma’s shoes, Kyle Soller and Denise Gough as Syril Karn and Dedra Meero — a pair of officers with the Imperial Security Bureau — and Adria Arjona as Bix Caleen, a salvage worker with romantic ties to the titular character.

Both O’Reilly and Gough loved that their characters are trying to navigate the very male-dominated Empire in vastly different ways. While O’Reilly is thrilled for fans to see how Mon Mothma goes from  “a woman steeped in Empire” to becoming one of its biggest enemies, Gough — who knew very little about Star Wars before joining the show — was surprised how quickly she became a fan herself.

“I don’t have any Star wars background, I never watched it, I was so into Batman as a little girl, then I’m standing there and I have this coat on and a gun and I’m given two Death troopers and I started doing ‘dun, dun, dun’ … and all the extras started,” she said with a laugh. “I cannot believe that I’m here doing this.”

Arjona, meanwhile, is happy she’ll be representing the Hispanic community on the series alongside Luna.

“It’s pretty amazing … it gives me hope that a little girl’s gonna watch and go, ‘That girl looks like me and maybe I want to be her on Halloween,'” she said, adding that her background had nothing to do with her casting. “It’s really exciting. It wasn’t part of the conversation, which I think was the most beautiful thing about it. Tony was like, ‘You’re Bix.’ It was just about the work.”

See them all in action when “Andor” premiere September 21 on Disney+.