The paltry range of the electric UX (above) meanwhile is being fixed with the launch of a new version next year with the battery size increased from 54kWh to 73kWh, boosting range to 280 miles.

Lexus’s flagship SUV, the RX, returns next year with a plug-in hybrid and a performance hybrid mated to a turbocharged four-cylinder making 366bhp, badged 500h.

Also coming in 2023 is the Lexus RZ SUV, the first model on the dedicated e-TNGA platform and a sister car to the Toyota bZ4X.

There’s more in the pipeline. Last December’s reveal of 15 new electric cars for Toyota included seven for Lexus with variants included, giving us an intriguing peek into a future when they offer a “full line-up of EVs”  by 2030 for Europe. Included in that concept line-up was a sporty looking saloon and estate indicating a possible return of the IS and IS Sportcross. The bonkers looking Electrified Sport EV supercar is also a possibility by 2030.

Lexus is also expected to revive the CT as a compact crossover to sit underneath the UX, providing it with a rival in one of the fastest-growing and fiercely fought segments in the European market.

“We’re clearly working on alternative body types that would allow us to not only offer a wider range of vehicles but also meet the growth ambitions we have for Europe,” Lexus Europea boss Spiros Fotinos said in May.

Lexus hopes to sharpen up its slightly fuzzy brand image with a renewed focus on engineering-led technology that leans to the sporty. “We want to leverage electrification to reinvent the driving experience,” Ruch said. Two innovations stand out: One Motion Grip, which is steer-by-wire. And DIRECT4 torque vectoring, which directs torque to individual wheels for better grip and control. The latter makes use of an electric motor on each axle, on either EVs or hybrids, and is key to this the “Lexus driving signature”. 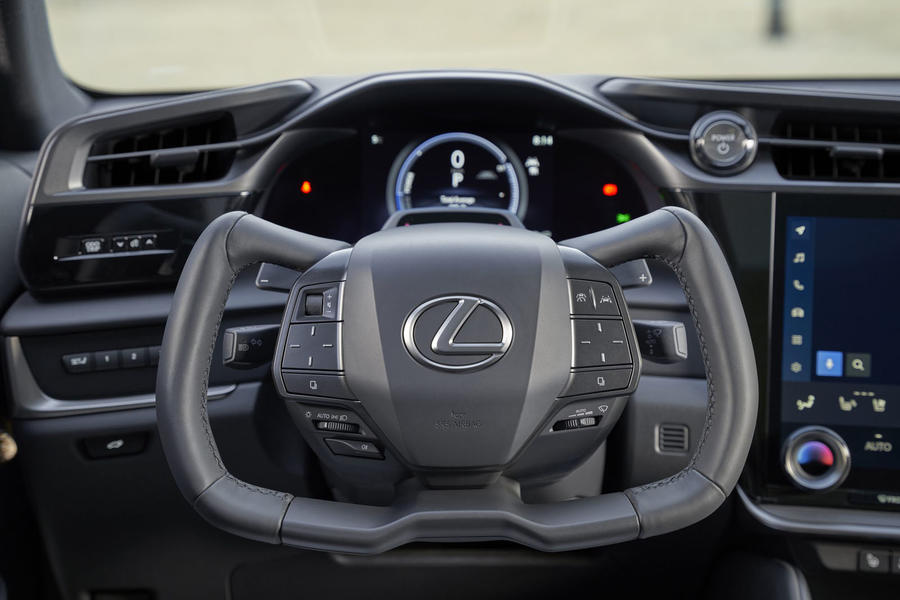