The professional dancers, who have been with “DWTS” for a decade, made the announcements separately on social media — but for similar reasons.

It looks like a new network and platform and co-host aren’t the only major changes coming to “Dancing with the Stars.” Two of the reality show’s most famous professional dancers, Sharna Burgess and Lindsay Arnold, just announced they won’t be returning.

In the case of Burgess, her announcement comes after she’d already been announced as part of the returning cast of professional dancers. She didn’t explain how that happened in the video post to her Instagram Stories, but was clear that she will not be back this season as a pro. 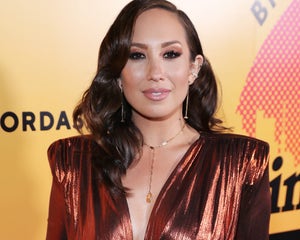 At the same time, she did insist, “I will be there in some capacity,” adding that, “We’re still talking about that.” She reiterated that she is in talks with the show, which is moving to Disney+ this season, about in what capacity she could still be part of the new season.

UPDATE: Contrary to recent reports, Sharna Burgess says she has made the difficult decision to not return to #DWTS for Season 31. Although, she says that she is in talks to return in some capacity. 🪩 pic.twitter.com/xucwUNcbNh

As for why she’s decided to step away for the season, Burgess indicated, “I was not ready to spend at minimum ten hours a day away from Zane,” she explained, factoring in additional elements like prep and drive time. When you have a new baby at home, you factor in everything. On top of that, she said she’s still breast feeding.

Burgess and Brian Austin Green welcomed their son Zane on June 28, which means the couple is still in those newborn weeks where it seems like there’s a major milestone every day.

“I am so in love with being a mum and as much as it was hard to say no to dancing because, god, I love everything that I know about this season coming up,” Burgess said.

“But I have this family and this newborn at home that I may never get these moments back in watching him grow and this bonding time and I– I’ve been waiting for this for so long. I’m staying in that moment and I’m gonna live and love every single bit of it.” 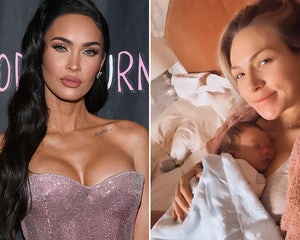 Just a couple of hours after Burgess announced that she was stepping away from the show, Lindsay Arnold shared a similar message on her social media pages, and for a similar reason.

Like Burgess, Arnold is making her decision because of family. “As many of you know my family and I live in UT and in order to do DWTS I have to move myself and my daughter Sage out to LA and leave behind my husband Sam who works full time here in Utah,” Arnold wrote in the caption to her Instagram post.

Making the situation even more complicated, she shared that she and her husband are also actively trying to expand their family … which kind of needs them to be in the same space (as she humorously shared in a TikTok video). 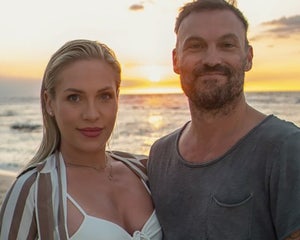 Arnold also hinted that she may find a way to still be a part of the season in some capacity. And neither women have indicated they are leaving the “DWTS” family for good. They wouldn’t be the first pros to step away and come back some time later — certainly family is a good reason.

Burgess and Arnold both joined “Dancing with the Stars” with Season 16 in 2013. Burgess was partnered with Andy Dick, which did not go particularly well. She has earned one third place finish, three second place finishes and won the Mirrorball Trophy in Season 27 with Bobby Bones.

But she’d probably consider Season 30 her biggest victory, as that’s where she met, danced and fell in love with Brian Austin Green. They came in thirteenth on the show that season, but first in each other’s hearts.

At just 18 years old when she joined, just fresh off of appearing as a contestant on Fox’s “So You Think You Can Dance,” Arnold had one year as a professional dancer before sliding into the troupe for Seasons 17 through 20. 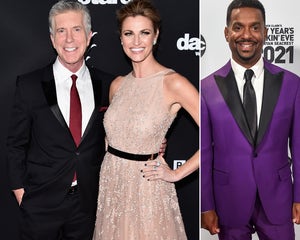 With Season 21, she returned as a professional dancer and took the first of her two third-place finishes. She’s also come in second and won with Jordan Fisher in Season 25. Her most recent partner was “Bachelor” Matt James, who outlasted Green by one week to come in twelfth place.

For its 31st season, “Dancing with the Stars” is jumping ship from ABC to Disney+, becoming the first live television series on the streaming service. Tyra Banks, who’s received a mixed reaction at best since joining the show, will be joined by former winner Alfonso Ribeiro as co-host.

While the show has yet to announce its cast, that hasn’t stopped media outlets from spotting stars heading into and out of rehearsal.

Season 31 of “Dancing with the Stars” premieres Monday, September 19 on Disney+.