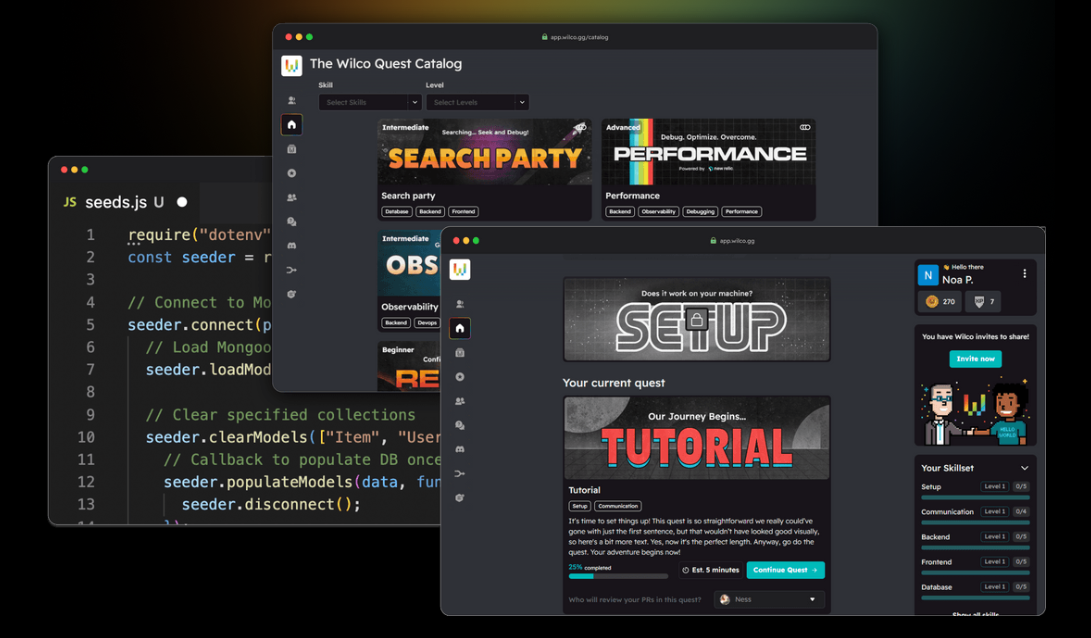 Wilco Tech Ltd., the developer upskilling startup that offers video-game-style training for a range of development tools, said today that any developer or company can now create and launch its own “quests” on its platform.

Wilco says its platform is aimed at the thousands of developers in the world who have a penchant for playing video games. To that end, it has created a unique video game-like training platform that allows developers to work at a fantasy tech company, where they can complete multiple quests in order to acquire more professional skills. The quests are designed to help developers learn how to deal with complex, lifelike scenarios using new tools they may not be familiar with.

The company, which likens the experience to a “flight simulator,” says its platform provides a more interesting and engaging way for developers to learn how to use complex tools and get the most value out of them.

Although Wilco has created numerous quests of its own, it’s now opening its platform up to the makers of developer tools. Software companies can now create engaging quests that showcase their own tools. The quests are meant to recreate software developer scenarios that highlight the specific pain points such tools are designed to address, so users can experience firsthand the value of those products in a realistic setting.

“Wilco brings a novel approach to learning by replacing a dry classroom experience with an interactive, day-in-the-life story,” said Stephen Atwell, principal product manager at Armory “Along the way, Wilco gamifies learning to provide rewards and leaderboards to students along their journey. These approaches combine to create a fun and compelling environment for students to learn by doing.”

Wilco said developer tooling companies can use its platform to create quests for just about any kind of business scenario. The quests are meant to act as interactive tutorials that educate developers on how to use them, with creative scenarios that show how they can be used to solve real world problems.

On Freund, co-founder and chief executive at Wilco, said the company’s platform is proving popular because traditional demo sandbox apps and “Hello World” tutorials don’t capture the imagination and don’t properly communicate the value and differentiators that specific products might have.

“With the Wilco platform, we set out to create a ‘flight simulator’ for software developers, so they can learn new skills or practice existing ones in a real-world setting,” Freund explained. “The release of Quest Builder opens up the platform so industry-leading experts can contribute their knowledge and expertise. We expect dozens of new quests to be added in the coming months.”