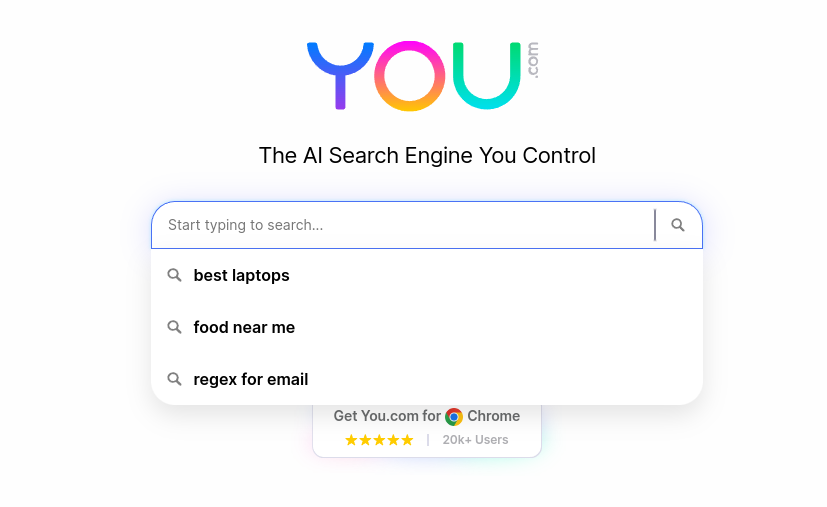 SuSea is the creator of You.com, an alternative search engine that believes the search experience can be made much better through the integration of applications that appear on search results as information panels or static widgets. So if someone searches for a place to eat, the results might display a carousel of restaurants from Yelp. Meanwhile, a search for an “AI image generator” would lead directly to the Stable Diffusion app.

You.com, whose backers include Salesforce Inc. Chief Executive Marc Benioff, says it has already built more than 200 apps by itself. Now, it says third-party developers can also use its platform to build their own search-based apps.

You.com currently showcases a selection of apps at the bottom of each search results page. Using those apps, it’s possible to browse through additional sources that might be better suited to a specific query. For instance, a search for Call of Duty might bring up YouTube and Twitch, which can then be searched for the latest Call of Duty streams and so on. Those searching for news might instead choose to add sources such as the Associated Press or the New York Times.

You.com founder and CEO Richard Socher told Fast Company that the platform’s algorithms will learn from user behavior to understand which kinds of apps people want to see. Apps that provide greater value will be ranked higher in its search results, rewarding developers for making more useful search apps, he said.

“We’re definitely going to rank higher apps that are providing value to users,” Socher explained. “If you just create a massive banner ad for your site, everyone’s going to downvote the app, and you’re going to disappear from the app store.”

So far, more than 500 developers have applied to build search apps for You.com. Of those, 15 have already had their apps integrated with the site, including the comparison shopping site Price.com and the podcast search engine ListenNotes. Socher reckons that another 150 apps are currently under development.

Developers are being enticed with an affiliate revenue sharing model when users purchase a product directly through an app’s search results. Later, You.com will add in-search subscription services too. For instance, it already offers a subscription-based artificial intelligence writing tool that Socher claims is generating thousands of dollars per week in revenue.

Looking ahead, You.com said it will also rely on traditional advertising as an additional source of revenue. However, unlike Google’s ads, which are based on user’s histories, You.com’s ads will be based on the current search keywords only, similar to privacy-centric search engines like Brave or DuckDuckGo.